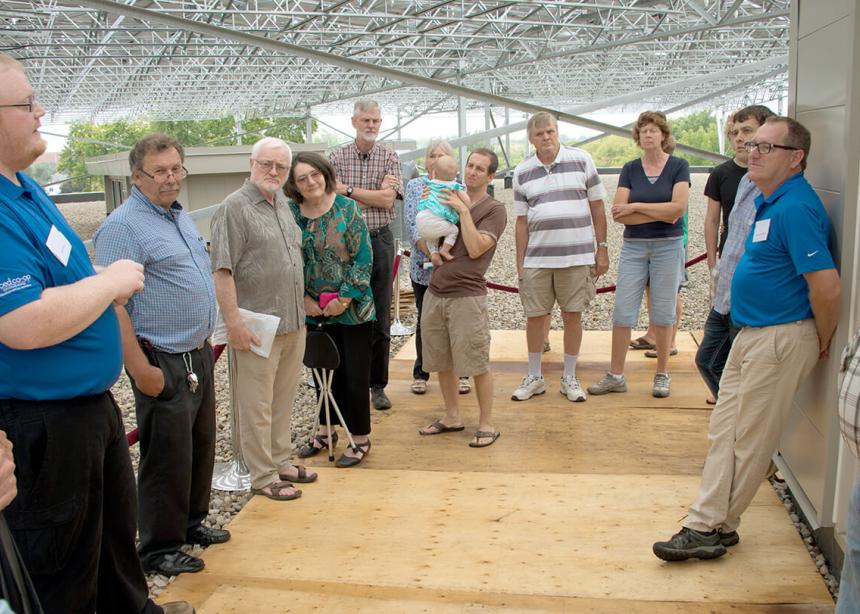 Around the world, Mennonite Central Committee (MCC) partners with people who are negatively affected by climate change. In response to increased droughts, storms and other disastrous weather patterns, MCC is taking steps to better care for creation.

Calgary’s northeast side is a largely industrial area that has very little green space, but on MCC Alberta’s rooftop it’s a different story.

Allison Goerzen works as MCC Alberta’s Indigenous Neighbours co-coordinator and peace program assistant, and also sits on the Acting Sustainably Committee. She says the staff have developed self-watering buckets that lose less water to evaporation, which is usually an issue for rooftop gardens.

“The idea was to create some green space, raise awareness that it’s possible to have more green spaces in an industrial area, and to supplement the staff’s lunches with local, fresh vegetables,” she says.

MCC Canada’s head office also has a community garden that many staff and community members use.

In the small town of Plum Coulee, Man., big things are happening with old, outdated books. At the Material Resources Centre, volunteers are processing books that are culled by thrift shops and libraries, to ready them for recycling.

According to Gord Letkeman, MCC’s Canadian material resources manager, volunteers have processed 65.6 tonnes of paper in the past year. The paper is shipped to Morden, where a business makes blown insulation for homes.

“We get paid 50 dollars a tonne, which isn’t much, but it keeps it out of the landfill, and all the money goes back to MCC,” Letkeman says.

Likewise in Abbotsford, B.C., MCC volunteers and staff are recycling thousands of pounds of unsellable clothing, shoes, handbags and hats, the bulk of which is repurposed into insulation for homes.

MCC thrift stores are the epitome of reducing, reusing and recycling. The more than 5,000 volunteers in 52 shops across Canada make millions of dollars for MCC’s work globally by reselling secondhand clothes, kitchen items and more.

Patty Ollies, the Canadian thrift coordinator, says the volunteers work hard to divert sellable items from being thrown away. “The bulk of our items are between one and 10 dollars, and that translates to $10 million for MCC. That’s a lot of items kept out of the landfill,” she says enthusiastically.

MCC Ontario’s office at in Kitchener was designed with green in mind. The award-winning building produces, on average, 200 kilowatts of electricity per day, the amount of electricity it would need on a typical day, from a 774-solar-panel array that is pumped back into the grid. It has a rainwater storage system that allows the whole building to run off of an equivalent amount of water used by a family of three or four.

Materials from the previous building were reused in the construction of the new one. Others were chosen based primarily on their environmental impact. The building uses energy-efficient windows and light fixtures as well.

MCC Canada’s board kept similar principles in mind when it approved renovations at its head office in Winnipeg nine years ago. The carpet throughout the building is made from recycled fibres and plastic bottles. 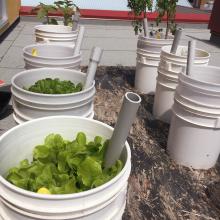 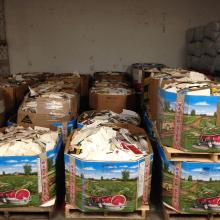