Bringing people and food together

Gord Enns is passionate about the way people interact with food 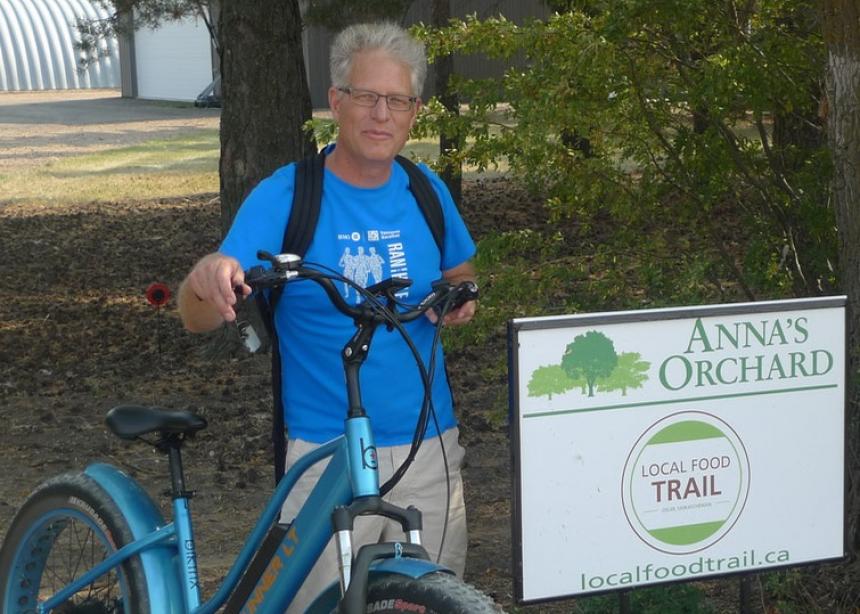 On a sunny Saturday in early September, 13 cyclists set out to explore the Local Food Trail near Osler, Sask. Gord Enns, who is executive director of the Saskatoon Food Council and who lives on a farm in the Osler area, organized the tour in conjunction with the town of Osler and the rural municipality of Corman Park.

The four-hour trek took cyclists to five farms: Farmyard Market, Petter Farms, Pine View Farms, Anna’s Orchard and Floating Gardens. They ended their excursion at Enns’s home, where they savoured a meal made from food purchased at each of the farms.

Enns sees cycling as a great way to explore local agricultural enterprises. “Biking is so cool,” he says. “It gives people a sense of being together.” The purpose of the tour was to expose people to—and celebrate—locally grown food. “It turned out to be a really nice way to do that,” he adds.

Enns, who is a member of Nutana Park Mennonite Church in Saskatoon, has had a wide range of work experiences related to food. He once worked on a food-security project under Mennonite Central Committee in Zimbabwe; he spent 12 years promoting feedlots for the Saskatchewan Department of Agriculture; and he served as director of Heifer International in Canada for over a decade, working on food issues in relation to both international development and First Nations.

In his current position, Enns develops policies related to food use and security. “We wanted to change the policy around where you can garden and we’ve done that,” he says. “People can now plant boulevard gardens.” Enns also worked with the city to develop a policy whereby vacant lot owners would be entitled to a tax rebate if they allow people to plant gardens on the lots.

Some of Enns’s work relates to food insecurity. It is a reality that some people living in Saskatoon do not have enough to eat. “Most times it’s related to a lack of income to cover the basics of life,” he says. “People are forced to make tough choices between paying their rent and accessing healthy food.”

He is part of a food security action team made up of members of the Saskatoon Food Bank, the Friendship Inn, Chep Good Food and the Saskatoon Health Region. “There’s a lot of really good food action in Saskatoon, different agencies doing different things, but they don’t necessarily talk to each other,” he says. “So that’s one of the key roles that I work at, to try to be that connector and know what’s happening food-wise.”

While he does all of these things as part of his job with the Food Council, they are also a natural expression of his faith. “I would say that that’s something I’ve kind of lived out,” he says. “Food brings it all together for me. There are a lot of issues you can work on, whether they’re environmental, social or economic, but, to me, everything is represented in food. You can work at issues of social engagement and inclusion using food as a tool. You can work at economic development using food as a tool.”

Enns believes the church has a responsibility in this area as well. “I think we have to be more active,” he says. “As people with a voice and a vote, we need to think about how we eat. That’s just the responsible thing to do.” People wanting to think about what they eat might consider being mindful of their food purchases: opting for pastured rather than factory-raised meat, or spending a bit more for locally grown vegetables. It might also include being mindful of what they throw away, or slowing down enough to savour the food they eat.

The goal is not to replace the existing food system, but rather to develop a local food security system parallel to the existing one. Enns says, “The [two systems] are very much complementary and can learn from each other.” 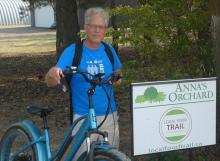 Participants check out the produce available for sale on the Local Food Trail. (Photo courtesy of Gord Enns) 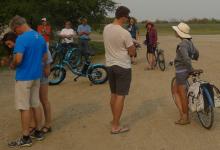