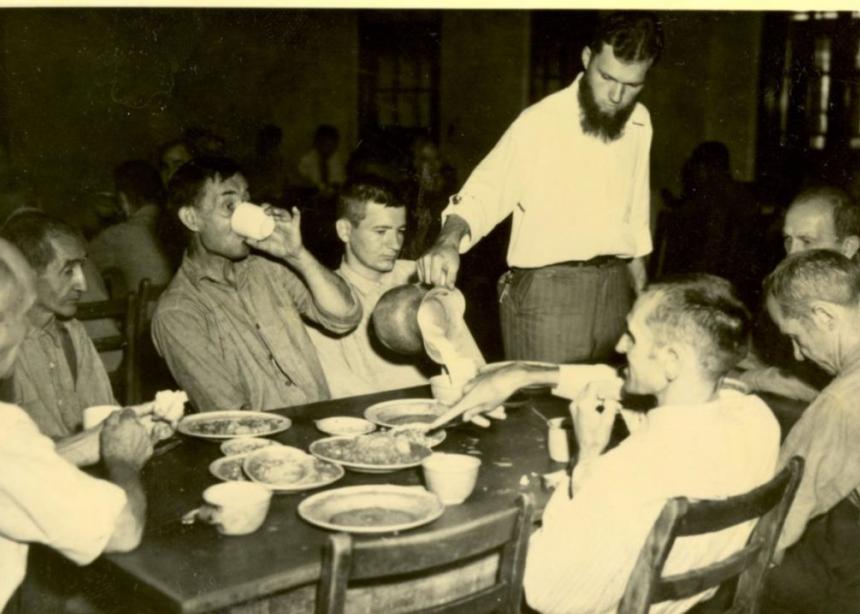 Thirteen Anabaptist church groups in the United States have sent a joint letter to an independent U.S. federal agency making a strong statement of conscientious objection to war and military service, expressing gratitude for religious freedom guaranteed in the U.S. and urging the freedom not to participate in the military. The church groups include Mennonite Church USA, Mennonite Mission Network and Mennonite Central Committee U.S.

Congress established the National Commission on Military, National and Public Service in 2017 to review selective service registration in the event of a military draft, particularly whether women should be required to register, and to recommend ways to increase participation in military, national and public service. The commission is receiving public comment until Dec. 31, 2019, and is expected to present recommendations to Congress in spring 2020.

Staff from the Center on Conscience and War, a nonprofit that advocates for conscientious objectors (COs), created a webpage with talking points related to selective service (draft) registration for individuals interested in making public comment to the commission. “It has been decades since there has been a serious national conversation about Selective Service,” the webpage says. Individuals can also call CCW at 202-483-2220 for assistance in drafting comments.

The letter from the 13 Anabaptist groups to the National Commission on Military, National and Public Service articulates Christian responses to the commission’s interim recommendations based on biblical foundations and Anabaptist understandings agreed upon during an Anabaptist church consultation held June 4 in Akron, Pennsylvania. Citing Matthew 5 and Jesus’ example, the letter makes a strong statement of conscientious objection to war and the military and expresses gratitude for religious freedom guaranteed in the United States, urging the freedom not to participate in the military. The letter also expresses prayer for national leaders.

The letter includes a section of nine specific responses to the commission’s interim recommendations. It requests that no law be enacted to require universal obligation for men or women to participate in the military and recommends that women not be required to register for the Selective Service (the draft), explaining that “for some of us, this grows out of our conviction that no one—man or woman—should be required to register for military service. For others of us, this grows out of our traditional understanding of women’s roles.”

The letter requests the Selective Service System continue to be civilian-led and continue to maintain protections and alternative service programs for conscientious objectors.

Additional specific concerns include that the commission conflates service to the community with military service, the influence the military has on schools and military recruiters’ disproportionate focus on low-income communities and communities of color.

The full text of the letter:

To the members of the National Commission on Military, National and Public Service:

Greetings in the Name of Jesus.

It is with deep gratitude that we have the freedom and privilege to express our firmly held Christian beliefs to our government. As Anabaptist Christians, we have often experienced our relationship with the U.S. government as a blessing in that we have been granted freedom to follow Christ according to our consciences. We are grateful that you have invited conversation around the question of national service.

We are writing to share with you our strongly held Christian beliefs regarding the proposed recommendations of the National Commission on Military, National and Public Service.

Following the teaching in Matthew 5 and in accordance with Jesus’ example, we are called to love our enemies, do good to those who hate us, pray for those who persecute us, refuse to violently resist the evildoer, and forgive as we have been forgiven. As conscientious objectors, we believe Jesus commands reverence for each human life since every person is made in the image of God. In following Jesus, we serve in ways that build up, nurture, and encourage rather than destroy. Our opposition to war is not cowardice but an expression of Christ’s forgiving love as shown on the cross. We see ourselves as ambassadors of peace.

As churches in the Anabaptist tradition we stand firmly with those Christians throughout history who by conscience were not able to participate in the military. One of the important reasons our spiritual ancestors migrated from Europe to America was for religious freedom, which included not participating in military service. They believed that the state should not coerce in matters of religious conviction. They understood Jesus’ teaching to mean that his followers would not join or support armed resistance but would overcome evil with good. To that end, serving others is a core value of who we are as Anabaptist Christians. We encourage church members of all ages and abilities to find ways to bless others both within and outside the church.

In particular, we would like to respond to some of the Commission’s interim recommendations:

— We are requesting that no law be enacted that would require universal obligation for men or women to serve in the military.

— As long as a government Selective Service System exists, we request that it continue to be civilian-led.

— We request that protections and alternative service programs be maintained for those who conscientiously object to military service.

— We respectfully request the inclusion of a provision to identify as a conscientious objector at the time of Selective Service registration.

— We ask that the government, at both federal and state levels, not penalize people who do not register for Selective Service as a matter of conscience.

— We strongly value service but are concerned by the Commission’s conflation of service to the community with military service.

— We do not support sharing information and cross-recruitment of volunteers in our Christian service programs with the military.

We express thanks that in the United States our Christian convictions are respected. We are grateful for the Commission’s work and commit to praying regularly for our government officials.

Thank you for hearing our views.

With files from Church of the Brethren Newsline. Reprinted with permission. 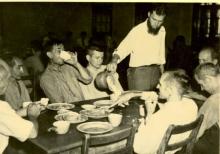