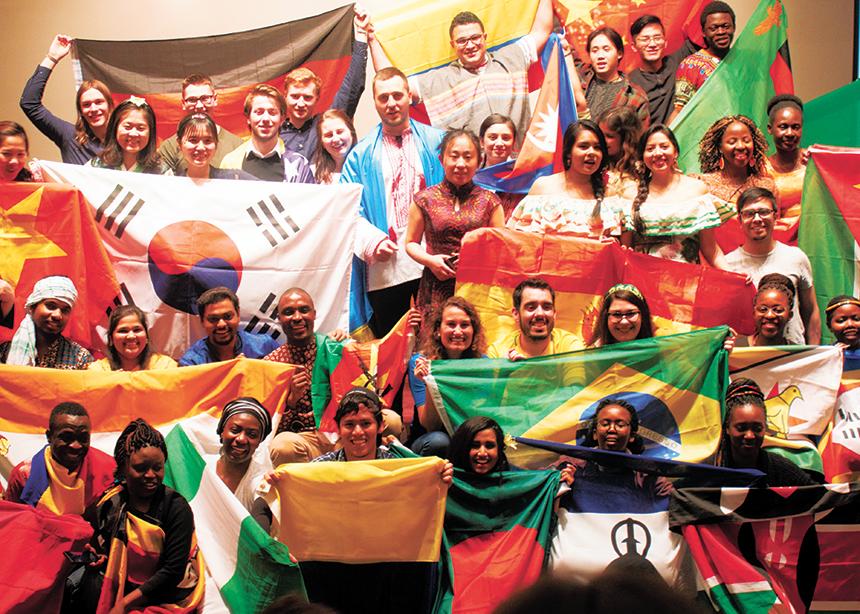 The pews were filled with 50 IVEPers from 29 nations surrounded by their 16 host families from four local Mennonite churches. The IVEPers came dressed to the nines in traditional clothing representing their countries of origin and brought with them music, dance, stories, skits and cultural highlights. The young adults from around the world first met six months ago in Akron, Ohio, for an orientation week before being dispatched to different year-long postings across Canada and the United States.

Leamington has hosted an IVEPer since last fall. Sharon Dass, 25, is from the town of Bhilai in the Chhattisgarh province of India and is working at the Leamington Mennonite Home as a speech pathologist.

A fourth generation Mennonite, Dass was strongly encouraged by her family to pursue an IVEP experience. Despite support from her home community, she was hesitant to participate in IVEP. But, as she put it, “If God’s will is there, you can’t escape. I feel like it is God’s will that I am here.”

She shared that the cold climate and culture were surprising to her, but that the most surprising thing was the lack of young adults at North Leamington United Mennonite, where she is living with Pastor Alicia Good during her time as an IVEPer.

Good has her own connection to IVEP, having participated in MCC’s Serving and Learning Together (SALT) program in Bolivia. SALT is the North American equivalent of IVEP, sending North American volunteers to Asia, Africa, Latin America and Europe.

Dass said the Leamington conference was like a huge reunion among friends, adding, though, that Bolivian dancing was the hardest thing for her to get the hang of during their week together.

Su Jia Hui, a 23-year-old from Fujia, China, is posted at the MCC Thrift Store in Edmonton, where his first observation was, “It’s pretty cold.” He shared that being in a different country away from friends is lonely, adding that he has learned to depend on God for connection in a new way and that he’s grown as a person through this experience: “You can find yourself in a new environment. I know myself better.”

Oscar Suárez, 24, from Ibagué, Colombia, volunteers as a Spanish and music teacher at Central Christian School in Kidron, Ohio. He said he became interested in IVEP through a friend who encouraged him to check it out. He was unsure, but after attending the last Mennonite World Conference in the United States in 2015, he realized he was passionate about sharing language and culture with others, so he connected with MCC. Suárez credited his IVEP experience with helping him grow professionally and personally, and opening his mind to new experiences of the world and life.

As the night of worship wrapped up, Kathryn Dekkert, MCC Canada’s IVEP coordinator, reminded everyone in attendance, “When we’re away from loved ones and apart from friends, worshipping together reminds us that we are part of a much bigger family.”

During the rest of the time the IVEPers spent in Leamington, they took part in many local activities, like throwing rocks at the Sun Parlour Curling Club and visiting Canada’s southernmost tip at Point Pelee National Park. Something that stood out in their itinerary was a meeting with the elders of the Caldwell First Nation representing Canada’s Indigenous peoples in the region. 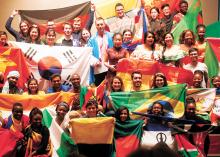 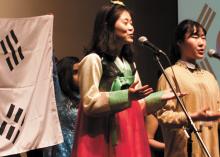 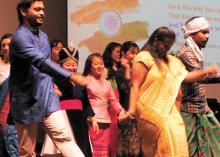 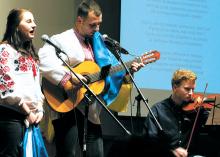 This year’s IVEPers pose with their flags at North Leamington United Mennonite Church on Feb. 10 during a worship service with their hosts from four local Mennonite congregations. (Photo by Zach Charbonneau)