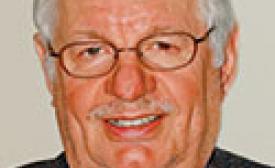 It is almost a cliché to say that the church is in the middle of mind-numbing changes, nearing a revolutionary scale. Anglican Bishop Mark Dyer calls the situation a “giant rummage sale,” as we take a look at all our old stuff and sell what we don’t need.

1. What is the relationship of the various Christian denominations in your community? Are there formal contacts between congregations? In what settings do the denominations work together? 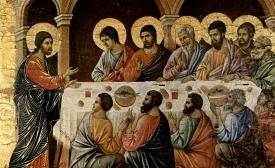 A portrait of Jesus’ Farewell Discourse to his disciples by Duccio di Buoninsegna, circa early 14th century. During his talk, Jesus prays that his disciples—and their disciples after them— would be one. 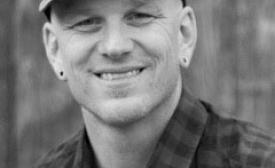 Jesus’ Farewell Discourse, as recorded in John 14 to 17, is full of images of who Jesus is. These four chapters present Jesus as a shepherd; a gate; and the way, the truth and the life.

Church needs to learn to ask the ‘right questions’

I wasn’t at Assembly 2014, so I enjoyed reading the summaries in the July 28 edition (pages 4 to 17) and the sharing of the experience by members from St. Jacobs (Ont.) Mennonite Church, who attended. 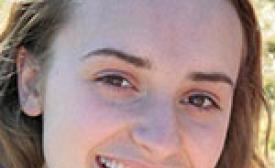 Is it camp that needs its staff or is it the staff that need camp? Time and time again I have heard teens tell their faith story by beginning with, “I grew up in a Christian home, but camp is where it really all started.” I have a hunch that the people who choose to work at a summer camp really need the community in order to grow, whether they are aware of that when they apply or not. 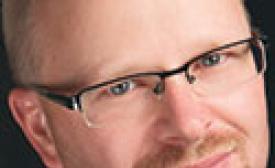 How do you know if you know someone? 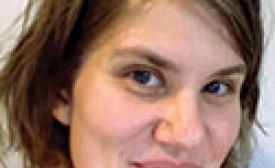 A couple weeks ago I participated in an e-mail conversation with two friends about justifying the choice to have children in the wake of the earth’s environmental crisis. I know. A heavy topic with difficult questions. Luckily these friends and I are close enough that we can wrestle with uncomfortable questions and share our opinions openly and honestly with one another. 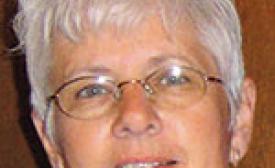 On July 4, following the Mennonite Women Canada annual business meeting in Winnipeg, more than 80 women gathered for a program of choral music and inspirational talks by three Manitoba women, Sandy Hung, Anne Heinrichs and Lora Braun, who focussed on the Mennonite Church Canada assembly theme, “Wild hope: Faith for an unknown season.” The program was a highlight for many and featured an origina 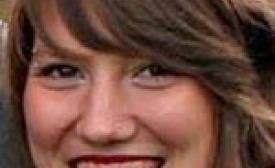 Much time and energy at the Mennonite Church Manitoba office was directed this summer to helping host the MC Canada general assembly and Native Assembly 2014. With these two significant events now history, MC Manitoba is looking at critical changes in its own structure, programming and staffing. 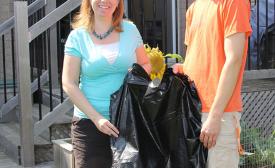 Stacey and Matthew Vandermeer stand in their backyard with a 77-litre garbage bag like the one they filled from July 1, 2013 to June 30 of this year. (Photo by Dave Rogalsky)

Friends would apologize for throwing things out when they visited. People posted nasty notes on the CBC and CTV websites in response to “the challenge.” 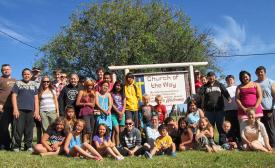 With the help of youth and leaders from Sardis Community Church, Church of the Way conducted Vacation Bible School from July 7 to 11 for children from the Granisle and nearby Lake Babine communities. (Photo courtesy of Rob Wiebe) 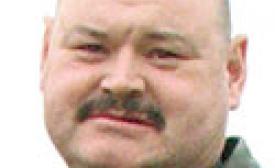 Church of the Way in Granisle, British Columbia, may be small, but as the only church in town its witness in the community is large. 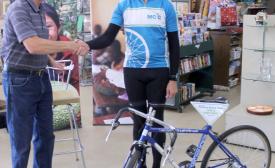 It only took a few seconds for Ron Janzen to catch his breath as he dismounted his bicycle and entered the Carman Mennonite Central Committee (MCC) Thrift Shop to greet volunteers and shoppers. 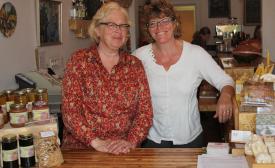 Ruth Klahsen, left, and Francis Evans stand at the counter of the Monforte on Wellington osteria in downtown Stratford, Ont. Klahsen is fond of saying that she would not open the restaurant until Evans signed on as a hostess (Photo by Dave Rogalsky) 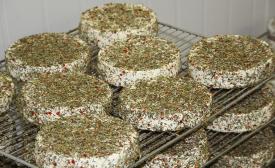 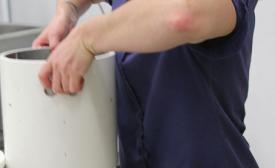 Rosy Neale removes cheeses from their moulds at the Monteforte Cheese Factory in Stratford, Ont. (Photo by Dave Rogalsky) 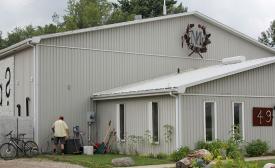 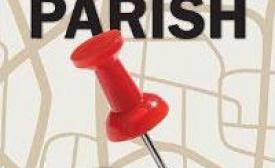 Churches should be rooted in neighbourhoods or parishes. That’s the claim of the authors, who represent Pentecostal, Anabaptist and Reformed traditions. Our lives and churches are fragmented, and many Sunday commuters pass other churches to meet with people who support their views and where everyone looks and acts similarly. 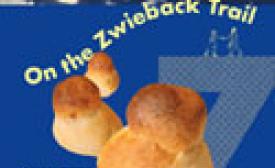 As the son of Russian Mennonites who arrived in Canada in 1924 and 1926, I have a positive bias towards this book which takes the 26 letters of the alphabet and picks one event, recipe or idea from the Russian/Prussian/Dutch experience and relates part of the story. 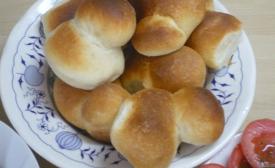 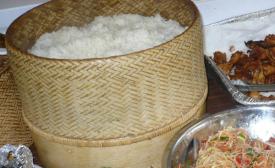 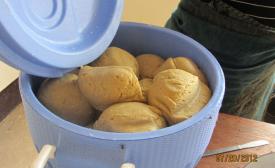 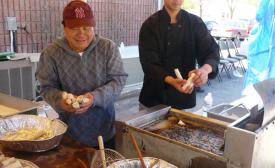 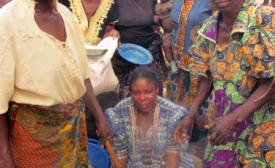 Marlene Epp teaches History and Peace & Conflict Studies and is director of Mennonite Studies at Conrad Grebel University College at the University of Waterloo.Among other things, she teaches a course on “Food, Culture, and History.” This article is based on a talk at the 37th annual Kitchener-Waterloo Inter-faith Community Prayer Breakfast, May 9, 2012.

‘A true welding together of business and faith’
Re: “Faith, business welded together at Haul-All,” July 11, page 21. 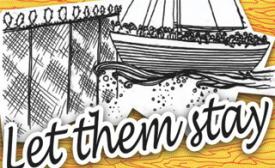 For 500 years the Mennonite narrative has been dominated by stories of forced migration, escapes from persecution and the search for a place of refuge—often desperate quests for freedom to practise our faith or chosen lifestyle, and the burning desire to live and raise our children in peace. Ethno-cultural, religious and economic factors were usually fully intertwined.

I long to find pristine wilderness and be thrilled by its sheer existence. I want the wonder of the wild to flow back into my domestic life and animate me as I sit in front of a computer on a street made for cars.