The storm and cyclone affected nearly 3 million people in southeast Africa. MCC is active in Mozambique and Malawi through the distribution of food assistance and emergency supplies 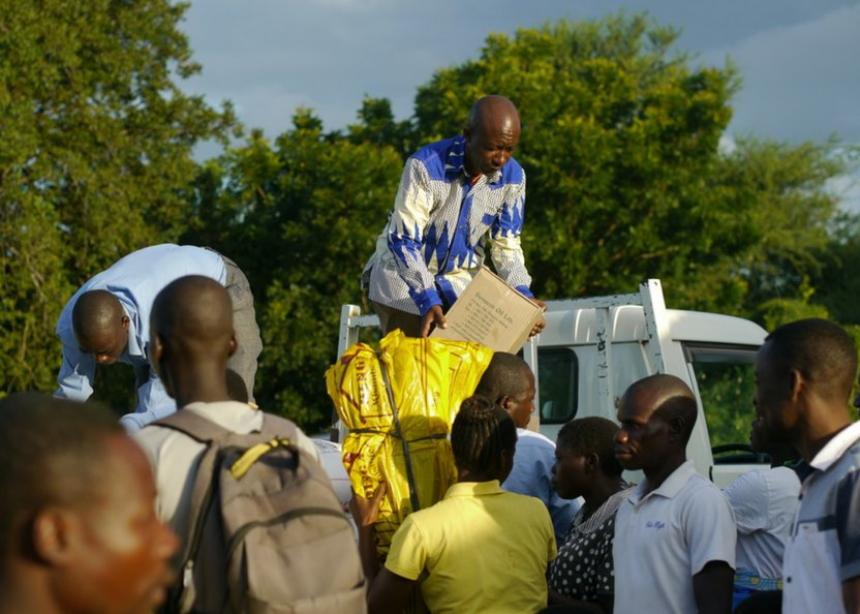 Issa Ebombolo was not expecting the level of malnutrition he encountered among people displaced by flooding in the aftermath of Cyclone Idai. But upon arriving in southern Malawi, where he helped distribute food and relief supplies, Ebombolo was taken aback by the dire need for food assistance.

“The picture I had in mind was of people who would have some food and just need supplements,” says Ebombolo, Mennonite Central Committee’s (MCC) peacebuilding coordinator for Zambia and Malawi, who is based in Lusaka, Zambia. “When I got there, I discovered they had nothing.”

Many of the people Ebombolo visited near Blantyre, Malawi, are small-scale farmers. Flooding caused by the storm wiped out their crops and forced the farmers to higher ground. Before receiving food assistance, explains Ebombolo, some had to beg for food in nearby towns.

“The food relief MCC provided helped feed households for one month,” he says, adding that assistance of a further 30-day supply of food will be provided later in May. “It will make a big difference because even the children’s bodies were being transformed, changed completely, by malnutrition.”

Bankuwiha John, a pastor serving people displaced by Cyclone Idai, thanked MCC for the relief. “Thank you to the people who contributed,” he said. “They have accepted to live life for the sake of others.”

In the days after Idai made landfall, MCC and Brethren in Christ churches committed to providing food assistance to more than 400 Malawian families and also adjusted a previously planned shipment of humanitarian supplies – including hygiene, school and relief kits, blankets, soap and canned meat – so it could be distributed to people affected by the cyclone.

Additionally, MCC has provided food assistance to more than 1,500 households in Mozambique that were directly affected by Cyclone Idai when it made landfall on March 15.

“There has been a lot of destruction,” explains James Alty, who serves as MCC area director for southern Africa along with his wife, Joan Alty. “Very few people escaped some impact of the cyclone because power was affected, water was affected, and the basic infrastructure was significantly damaged. Most homes in Beira had some sort of damage, and of course it was the lower-income folks whose homes were less structurally sound who bore the brunt of it.”

With the help of supporters, MCC has provided food assistance in Mozambique to more than 2,000 families in partnership with the Association of Assistance for Orphaned Children (AACO), the Brethren in Christ Church and the Christian Council for Mozambique.

In response to Cyclone Idai, which has so far displaced at least 200,000 people and caused more than 800 deaths in Mozambique, Malawi and Zimbabwe, MCC continues to raise funds for its relief efforts. 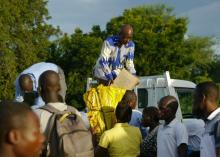