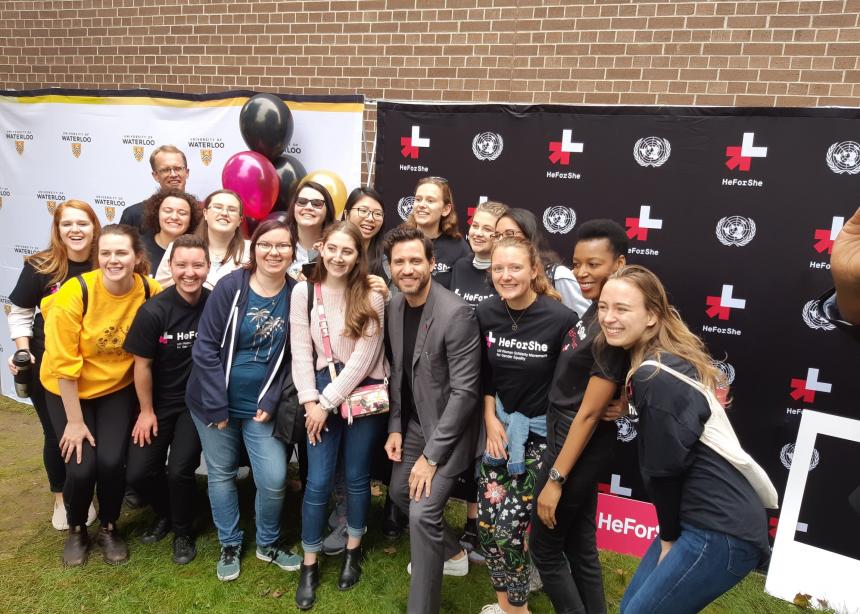 Students, staff, and faculty at Conrad Grebel University College took time during their weekly Community Supper one evening in January to reflect on what HeForShe has meant for them at the University of Waterloo and in their personal lives.

The HeForShe movement is “an invitation for men and people of all genders to stand in solidarity with women to create a bold, visible and united force for gender equality.” In 2014, the University of Waterloo was invited to be a part of the HeForShe IMPACT 10x10x10 campaign. This campaign involved men in positions of power (CEOs, heads of state, and university presidents) taking a stand against gender discrimination.

At the end of the five years, the university has met, and even slightly exceeded, the criteria set for these goals. However, as Grebel faculty representative for HeForShe Paul Heidebrecht said, “There is so much left to do.”

The completion of these goals presented a timely opportunity for Grebelites to speak about what HeForShe meant to them. Each of Grebel’s HeForShe faculty representatives—Paul Heidebrecht, Lowell Ewert and Alicia Batten (whose comments were read by Ed Janzen)—shared about their experiences in that position.

Ewert said it is important that men are taking responsibility for the changes that need to happen: “I commend the HeForShe movement for opening up a dialogue for the ways in which power may still be used unfairly today.”

Rachel Reist, academic advisor and internship coordinator for Grebel’s peace and conflict studies program, reflected on the micro-aggression workshop she ran as part of the campaign. She shared how “micro-aggressions harm us all by creating an environment where we are not all shown the same respect and treated as having the same value.”

One fourth-year Grebel apartment resident and engineering student explained the importance of the HeForShe movement for females in STEM careers. On a recent co-op term, she worked on a two-person team to implement a project at a client’s site.

“Engineering is in no way gender balanced,” she explained. “The company I was working for had five women working for it out of 60 to 70 employees.” Upon entering one board meeting, this student’s co-worker introduced her to a director of the client company. The director then asked, “Is this your wife?”

As she processed what had just happened, her co-worker responded, “No, I tend not to bring my wife to board meetings.” She said this comment was just what she needed in the situation. “It called out exactly how ridiculous that question was and it gave us an opportunity to laugh it off and move on with the board meeting.”

She shared that having co-workers who will stand up for her in sexist situations meant she isn’t forced to “weigh my desire to work as an engineer against the fact that I’ll be one of the few women there.”

She said this is a perfect example of the importance of the HeForShe movement.

“There is still sexism in STEM, and until that changes, women need allies to help them exist comfortably in places that are male-dominated.” 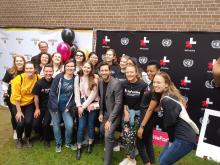