Graphic novel by Mennonite creator set for publication in May

Nova Scotia-based Conundrum Press has announced a new title from creator Jonathan Dyck. Shelterbelts, a graphic novel, will arrive in bookstores in May. “Through a series of linked stories, Dyck, who was raised in Winkler, Man., and is based in Winnipeg, weaves a rich tapestry that depicts a close-knit Mennonite community in the midst of defining its future as it reckons with its past,” Conundrum said on social media last month. Dyck’s award-winning illustrations and cartoons have appeared in Broadview, Geez, Prairie Fire, The Walrus and the Globe and Mail. He designed two books published by Mennonite Church Canada: Lifting Hearts Off the Ground and Unsettling the Word. Shelterbelts is available for pre-order at conundrumpress.com. 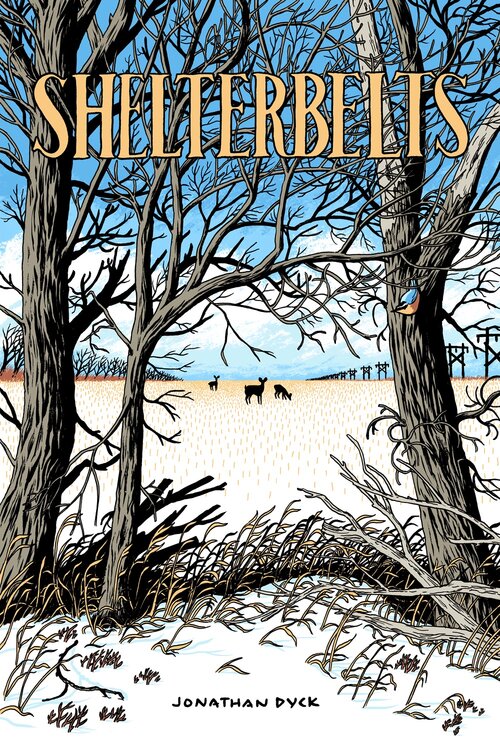