Still friends after all these years 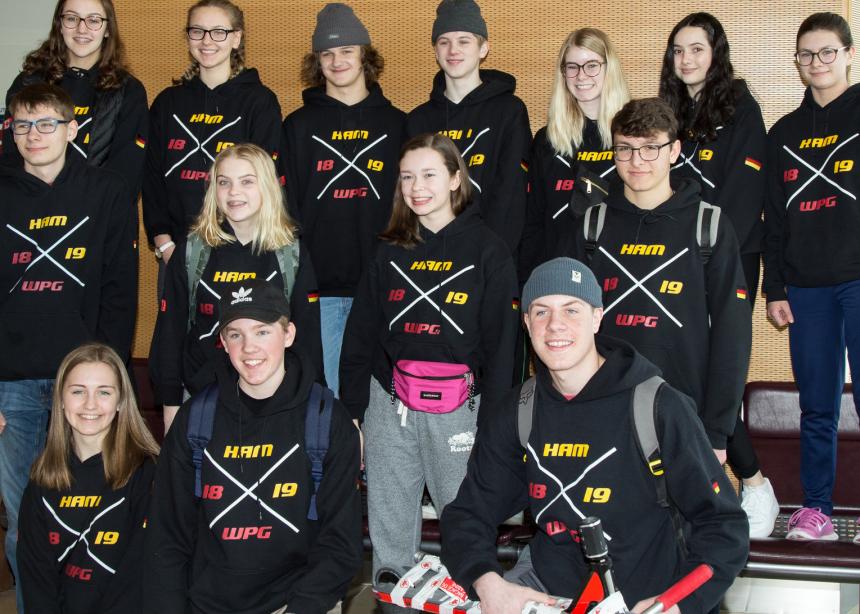 The 2018-19 Manitoba-Germany Exchange students from Manitoba head off to Germany for three months of living in their exchange partners’ homes. (Photos courtesy of Westgate Mennonite Collegiate)

For the first time in the Manitoba-Germany Exchange’s 40 years of existence, Canadian students will not be able to reunite with their exchange partners in Germany this spring, due to the novel coronavirus pandemic.

The Manitoba-Germany Exchange pairs up Grade 11 students from Manitoba, including those attending Westgate Mennonite Collegiate in Winnipeg, and Hamburg, who take turns hosting each other in their homes for three months; the Germans come to Canada in the fall and the Canadians go to Germany in the spring.

Despite the crushing disappointment the travel restrictions have caused this year’s group, the program is also celebrating its 40-year legacy of successful trips.

Karl Fast and Claus Hartwig established the Exchange in 1979. Fast was working as a language consultant in the Manitoba Department of Education after founding Westgate and teaching there, and Hartwig was a representative of Germany for the same department.

Angela Neustaedter Wiebe was a Westgate student in the first exchange group that ran in 1979-80. As the granddaughter of Fast, “I’m not sure I actually got to decide,” she says with a laugh. But she is glad it happened that way. Forty years later, she is still friends with her exchange partner, Dorothee Bischoff.

Following their year together, the partners swapped letters and Christmas cards. When Bischoff’s kids didn’t make it into the exchange program, Neustaedter Wiebe and her husband hosted them. Over the years, she and Bischoff have visited each other on several occasions; in 2019, Bischoff attended the wedding of Neustaedter Wiebe’s son.

The Exchange was handed over to the Manitoba Teachers of German organization in 1998, which has operated it on a volunteer basis ever since. In 2014, the program stopped partnering with the German state of Lower Saxony and continued solely with Hamburg, due to Lower Saxony’s demand for a higher number of students than Manitoba could provide. Around 830 Manitoban students and 850 German students have participated in the Exchange since it began.

Neustaedter Wiebe recognizes that not everyone stays in touch with their partners or even gets along with them. “I know [that] not everyone’s experience has been great,” she says. “That’s what happens when you mix people with people.”

Gary Loewen, a Westgate alumnus and exchange participant in 1983, could not have been more different from his exchange partner, yet he still had a positive experience. “I’m in my mid-50s now and I still think back to that time as one of the best times in my life.”

All three of Loewen’s children participated in the Exchange. It was something they wanted their children to have the opportunity to do, not only to connect with their Mennonite heritage and keep up the language of their grandparents, but to grow and learn about themselves.

“I feel very strongly that it helps develop teenagers’ self-identity and self-development, to live in another country with a different family and go to a different school,” says Charlotte Kroeker, chair of the Manitoba Teachers of German Exchange Committee for the last 13 years. She also cites the benefits of learning about another culture and seeing your own from a new perspective, as well as learning German in an immersive setting.

The program certainly opened up the world for Ryan Stoesz, who went in 2001 while at Westgate. It sparked his interest in the German language and culture, and led to more language classes and flights to Europe. He returned to Winnipeg just earlier this year after spending six months working in a bakery in Hanover, Germany. His exchange partner, Jan Plewa, helped him make connections and find a place to live there.

The two have visited each other numerous times during their travels over the last two decades and they attended each other’s weddings. Stoesz says that within the first week of the exchange, they knew they wanted to be good friends: “I think that was the defining part of my experience.” The program showed him he could succeed outside of the bubble he grew up in. He still considers his host family his German family.

Most Canadian students participating in the Exchange now come from Westgate and River East Collegiate, also in Winnipeg. Many more schools participated in the program in the beginning, including educational institutions in Winkler and Niverville, but most schools in Manitoba have since stopped offering German-language classes. 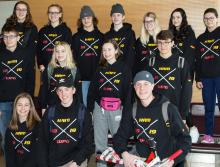 The 2018-19 Manitoba-Germany Exchange students from Manitoba head off to Germany for three months of living in their exchange partners’ homes. (Photos courtesy of Westgate Mennonite Collegiate)