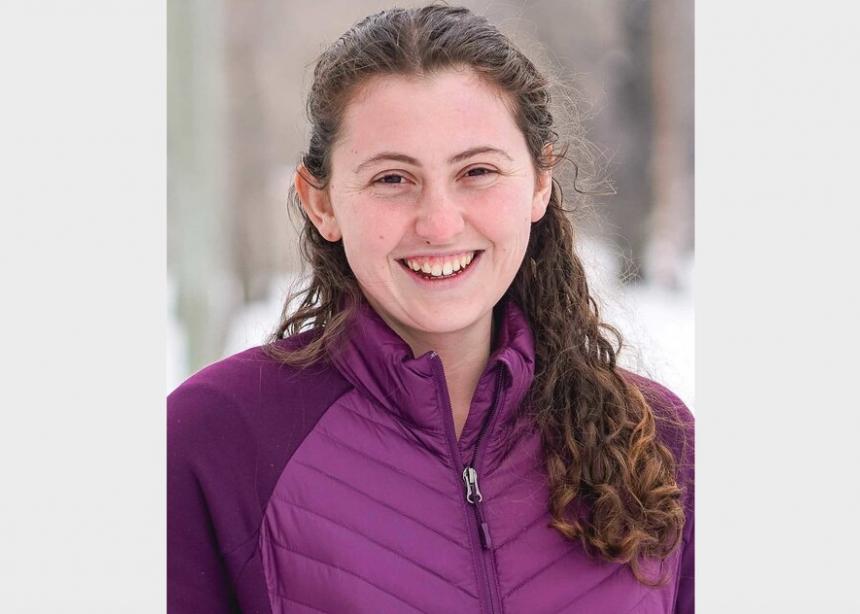 Marta Bunnett Wiebe is the editor of ‘Germinating Conversations: Stories from a Sustained Rural-Urban Dialogue on Food, Faith, Farming and Land.’ (Photo courtesy of MC Canada)

In 2012, A Rocha Manitoba, Mennonite Central Committee Manitoba and Canadian Mennonite University hosted two events with the purpose of bringing together Manitoba farmers and urban eaters to listen to each other’s perspectives on food and faith. 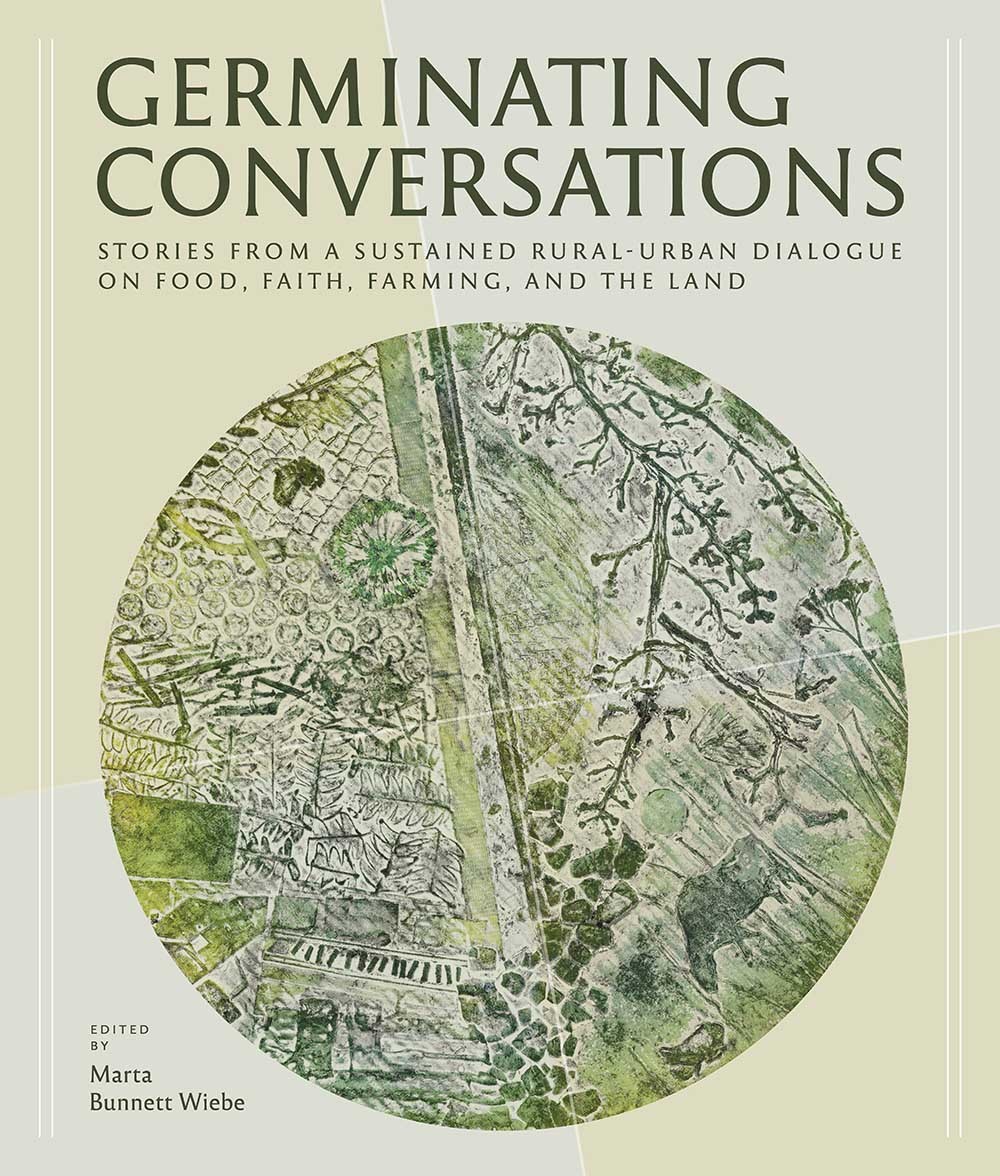 Marta Bunnett Wiebe, peace and advocacy coordinator for MCC Manitoba, became involved with Germinating Conversations as part of her undergraduate practicum at CMU. Continuing with the work begun in her practicum, she served as editor of the book. She is a member of Home Street Mennonite Church in Winnipeg, and shares the context behind Germinating Conversations and why the book is significant for churches and other community groups.

This interview has been edited for length and clarity.

Q: Can you describe the divides that led to the first Germinating Conservations events in 2012?

Bunnett Wiebe: The most significant was a rural-urban divide. For people living rurally, who spend their days growing and producing food to make their livelihood, farming is part of their identity, something they feel personally invested in. Many people in urban areas don’t have specific ties to how their food is grown, who grows their food or the land the food was grown on. Yet urban people have concerns around sustainability and how food is grown. They want to know whether land is being taken care of well; how water is being used; how the food system is impacting our climate.

There isn’t a lot of conversation between the two communities. These communities don’t live in the same place, geographically, and in general we tend to stay within communities that think similarly to us. Having conversations across those differences is difficult.

Q: It seems to me that this was experimental when it started. There weren’t set goals or expectations, other than to deepen connections. It developed into something that no one anticipated. Is that accurate?

Bunnett Wiebe: The division mentioned earlier was present to those who imagined what this initiative might look like. They realized that because people feel so invested and tied to their understandings of food and land, as those relate to their faith, that it could quickly become a space where there was shouting rather than listening, asserting one’s opinions rather [than] genuinely coming to understand people with different perspectives. Care was given to creating a space of listening, a space for people to speak, and then, having heard what people shared, to think about what could happen moving forward. That piece of building trust was very key. Trust is needed to move forward in any type of relationship.

Q: Trust, listening and discerning—those concepts by themselves aren’t new to Mennonites or church folk, but bringing them into this space of talking about food and land and sustainability feels new. Why do you think that was successful?

Bunnett Wiebe: Mennonites are known for their work with peacebuilding and yet sometimes we don’t spend time building peace within our own communities. This is one of those topics. We didn’t come into these conversations with this model in mind. But seven years in, we said, wow, people are still engaging with this conversation. People keep coming back even though harsh words have been said and there has been a lot of disagreement.

Listening from the beginning helped build that trust. That emphasis continued even as there was an invitation to dialogue. It was important to discern and allow others to try to understand their own perspectives through a new lens. And dialogue means bringing together people across differences. That in itself is unique or uncommon in today’s world. Especially if you understand it as careful engagement with another person about those differences. If we think about those practices in relation to food, which is something that we don’t spend a lot of time thinking about and yet sustains us daily and is key to who we are as creatures of God, that implicates us all and is something that we all share.

Q: Can you think of a specific or particular example of a conversation where either listening, or discerning or dialogue—or all three of those things—led to a change or led to something significant that you observed?

Bunnett Wiebe: I know there are farmers who have wildly different perspectives on how they farm, who continue to get together to talk. As one participant and contributor shares in the book, as much as they disagree with this other person’s perspective on farming, just the thought of running into that person or seeing that person, makes them genuinely happy. I think that’s a beautiful example. While we may have not resolved all the differences and we may not have come to any agreement on one specific way of farming, we can see the gift of another person and the relationship that we can have with them. That story of friendship, or of relationship, even when harsh words have been said to each other and apologies have been made, those are real gifts of this process.

Q: What was significant about this book for you, Marta, personally?

Bunnett Wiebe: I grew up on a small farm in New Brunswick and have been passionate about food and farming and land, in the context of my faith, for many years. I recognized from an early age that people had different perspectives on food. That drew me into the conversation. To see people practicing and creating community and relationships amidst divisions motivated me to be part of this project.

Q: Was there something that you learned that you didn’t know before, through the process of editing this book?

Bunnett Wiebe: While we think we may understand, myself included, the motivations behind a particular way of farming or a particular way of making decisions about food or eating, it’s often an abstract understanding. To hear particular stories from unique people about why they’re passionate about food or growing food humanizes the conversation and challenges my own understanding or critique of another person’s perspective. It makes me think critically about how I can respond and continue to shape my own perspective.

Q: What’s your overall hope for this book going forward?

A virtual book launch for Germinating Conversations: Stories from a Sustained Rural-Urban Dialogue on Food, Faith, Farming and Land will be held on Thursday, June 3, 2021 at 7:00 p.m. CT. The event is free and open to the public. Register here.

Marta Bunnett Wiebe is the editor of ‘Germinating Conversations: Stories from a Sustained Rural-Urban Dialogue on Food, Faith, Farming and Land.’ (Photo courtesy of MC Canada)