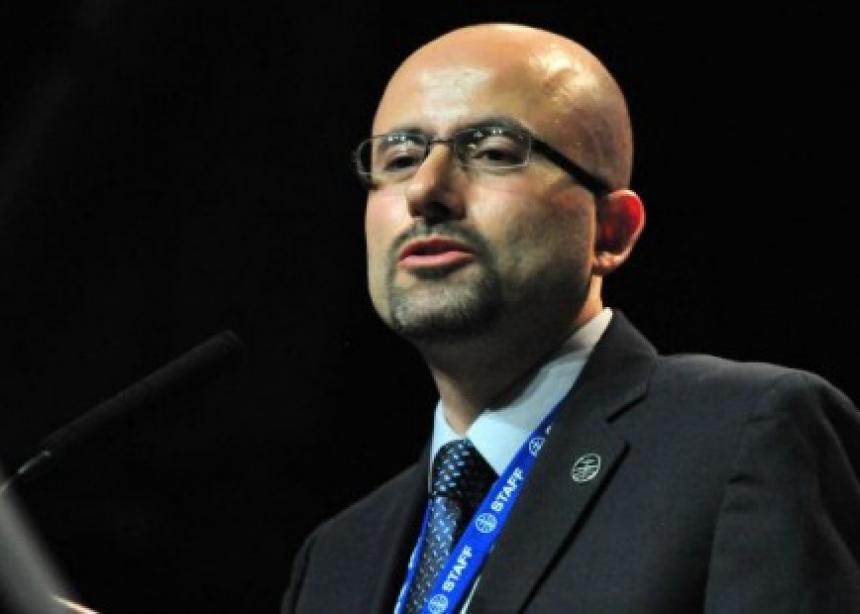 General secretary César García and executive assistant Sandra Báez Rojas of Mennonite World Conference (MWC) have relocated to Canada as of last month to work out of the Kitchener, Ont., office.

Given the demands on the general secretary to connect with Anabaptist churches around the world and to represent global Anabaptists among other Christian world communions, MWC officers determined—following a discernment process MWC leaders began in 2014—that a location closer to frequent flight paths and a larger portion of the constituency was more practical.

“We acknowledge that wherever the general secretary is located, there are advantages and disadvantages,” says MWC president J. Nelson Kraybill. “With this move, there is a loss of the symbolism of our general secretary coming from and living in the Global South. On balance, however, the greater ease of global travel from a North American hub makes the job more sustainable.”

Living close to the metropolitan centre Toronto with its busy international airport will improve the general secretary’s availability to the whole communion.

MWC is an international communion of Anabaptist related churches with members from around the globe.

Regional representatives provide two-way connections between local churches and the global Anabaptist body through prayer and storytelling and news-sharing and relationship-building. The four commissions and growing number of networks are comprised of experts and church leaders from member churches on all continents. Face-to-face meetings are regularly supplemented by online communication.

García is the first general secretary from the Global South. Upon García’s appointment in 2012, the second secretariat office moved from Strasbourg, France (opened 1990) to Bogotá, Colombia. MWC’s first salaried secretary, Paul N. Kraybill, was appointed in 1973. The Kitchener office was established in 1992.