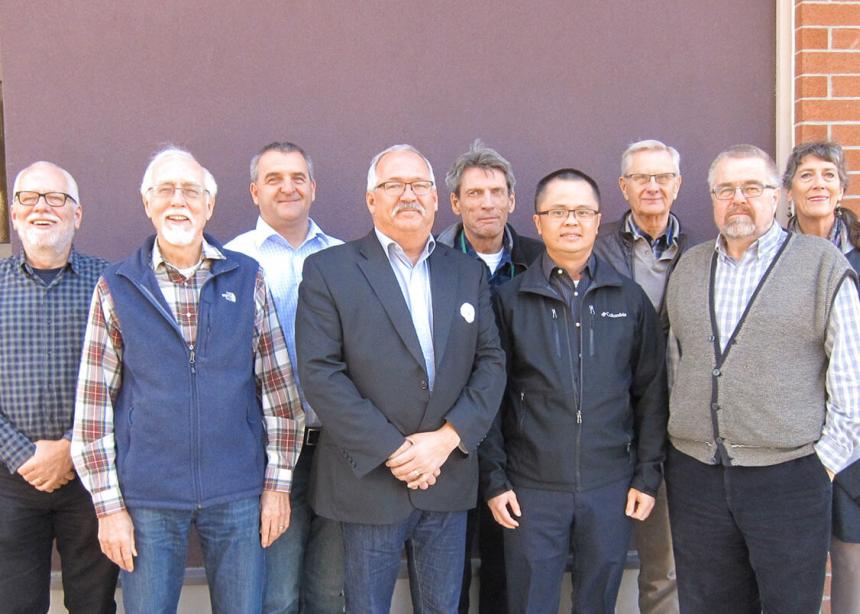 Faced with a funding crisis, sliding attendance and shifting cultural contexts, the response of Mennonite Church Canada and the five area churches has been a five-year process of restructuring denominational offices.

Peter Rempel—moderator of Mennonite Church Manitoba and a veteran of other restructuring processes—says pastors tell him that 90 percent of people in the pews are disinterested in the process.

Keith Regehr, who was hired to lead the transition process, says restructuring is not a solution to the challenge of being church in the 21st century, although he is still excited about the organizational realignment.

In terms of downsizing, there are some general pieces of a model but no model per se. In terms of vision, that boils down to the notion of the congregation being the “basic unit of church,” something the Task Force has been saying since 2013.

At one point, the Task Force was close to a proposed model, but by the time Assembly 2016 rolled around it had backed away from specifics, in part due to resistance to its earlier suggestion that MC Canada’s international work be largely dismantled. While the 2016 report did not present a specific model, it can be assumed that there will be significant cuts to MC Canada and a more prominent role for area churches, which may or may not be amalgamated regionally. MC Canada will likely be governed by area church moderators and a few members-at-large, instead of having its own board.

With the 2016 report and accompanying resolution, the Task Force was to hand its work over to a Transition Team of one to three constituents, which would deliberate for another two years. Instead, those in charge of the process hired Regehr and his consulting firm to lead the process. Under Regehr, the timeline will be condensed. MC Canada delegates should have a model to vote on at a special assembly in October 2017, instead of in 2018, as the resolution suggested. Regehr and his firm will be paid $100,000 for their work up until the assembly.

Numerous working groups and a listening group are expected to be set up. In terms of where savings will be found, Regehr says that is yet to be determined, although “there will be staff reductions” at MC Canada. While his job is not just about downsizing, he did say, “There is a funding crisis.”

Regehr says that if current funding projections hold, no further lay-offs will be required before next October. Year-end giving will be critical in that regard. MC Canada has been forced to lay off numerous people while the Task Force was deliberating.

Regehr works with an Interim Council made up of MC Canada and area church moderators. That creates a team of seven men and one woman. All but one are white. Most have at least some grey hair.

Given that, Regehr emphasizes the need to consult with voices from beyond “the centre,” which he sees as part of the role of the Listening Group. People have not yet been appointed to that group.

Regehr says that, in the end, the main difference for people in the pew will be a closer connection to their area church. He is excited about the prospect of this resulting in rejuvenated congregations.