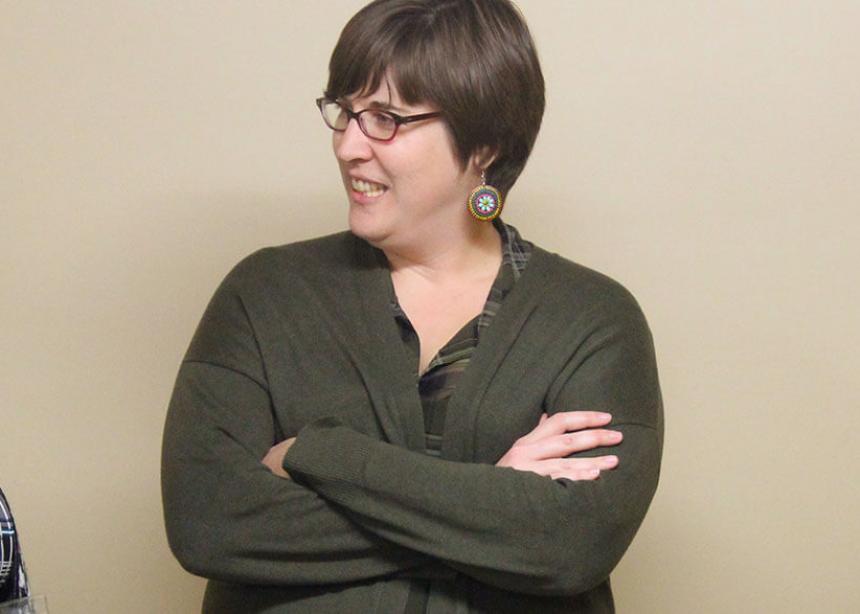 “The timeline [for the Future Directions plan] from Saskatoon did not reflect what was possible,” Willard Metzger, executive director of Mennonite Church Canada, told the denomination’s fall leadership assembly in Toronto on Nov. 10, 2016.

Instead of bringing a plan for restructuring to a previously scheduled July 2018 delegate meeting, church leaders now see the process being completed for an October 2017 special delegate session instead. The reasons for this were twofold: downward financial pressures are not going to allow for a protracted process, and staff do not deserve two years of uncertainty about their jobs or the institution.

With Keith Regehr hired as transition director for the process, Calvin Quan, MC Canada’s moderator, spoke of having the equivalent of “architectural drawings” ready by the area church meetings that begin in British Columbia in February, and a “working drawing” by next fall.

Adding to the building metaphor, Regehr said that an “artist’s impression” would be necessary within weeks. This sketch would be formed by an Executive Staff Group, composed of Metzger, Coreena Stewart, MC Canada’s chief administrative officer, and the area church executive ministers, and tested with listening groups before being sent to the Interim Council, composed of Quan, Aldred Neufeldt, MC Canada’s assistant moderator, and the area church moderators. The purpose of listening groups is, as Regehr put it, to have more than mainly middle-aged white men doing all the thinking. The Interim Council is expected to have material approved by Dec. 10, so that it will be ready to distribute to the area churches in the new year.

At a supper during the fall leadership assembly at Toronto United Mennonite Church, MC Canada pastors were invited to offer their feedback to the leaders on this pressing matter.

Marilyn Zehr, pastor of Toronto United Mennonite, asked for “something we can communicate to our congregations,” and Regehr promised that a “graphic is coming” soon. Neufeldt noted that there will very quickly be eight to 10 working groups, encompassing 120 people, looking at areas of the national church’s work to help create the detailed plan.

Regehr replied that leaders from all four had been present at the Toronto meetings earlier in the week and were collaboratively planning how to move forward, “finding ways so that as many students as possible” could benefit from an Anabaptist Mennonite education.

Metzger noted that the key challenge is, “What will strengthen a national peoplehood?”

Moderator Lee Dyck noted that the area church has had two meetings: the first in-camera with only pastors, in an attempt to create a safe place for uninhibited sharing; and the second with congregations, which generated 20 or more ideas on how to move forward. The list of options has since been reduced to six.

Part of the issue in MC B.C. is that some congregations have been allowed to belong to the area church only. A new structure would mean that they would again belong to a national body.

Janzen noted that the divisions run through not only the area church, but each congregation as well.