Worship gathering offers encouragement in a time of isolation 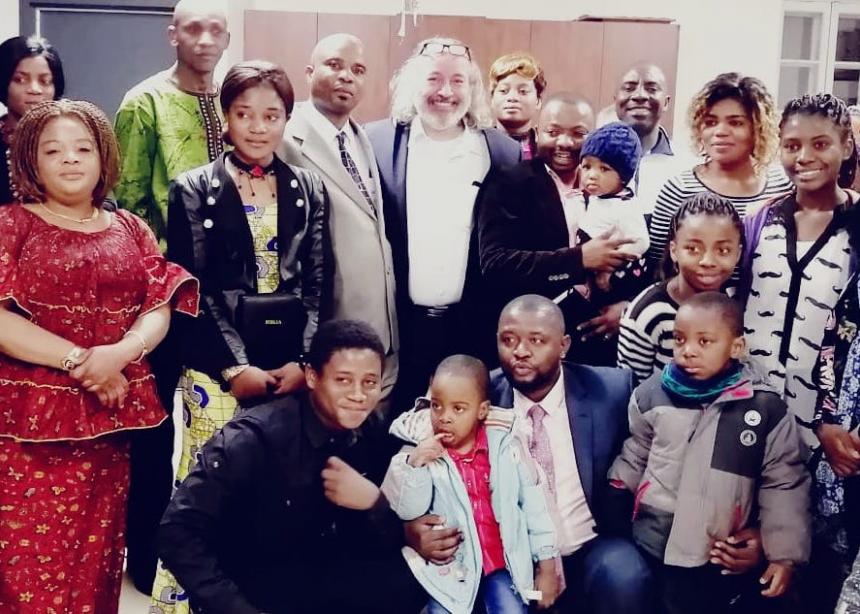 Serge Gravel describes meeting with other French Anabaptists online like getting a dose of Vitamin C fortified with Vitamin D and zinc, in order to gain spiritual victory and encouragement, enthusing about how good it was to see the radiant faces and shining eyes of everyone.

Gravel was one of more than 50 participants in the “first inter-church celebration of French Anabaptists” in Ontario and Quebec. Michel Monette, catalyzer minister for Mennonite Church Eastern Canada, who works with new leaders and congregations in Ottawa and Quebec, organized the May 16 online event.

“People told me that it was a great encouragement for them and they felt supported,” says Monette. “This group is just starting to build, and we are very excited to see how it grows.”

Monette is excited about growth he sees in the Anabaptist presence in Quebec and Ottawa, and he says he wants to “bring more people to the table.”

When he started as catalyzer minister there was only one church, Hochma, in Montreal, which has stayed open during the pandemic because it runs a 24/7 shelter for homeless people.

Now there are four congregations, three of them in the province of Quebec, that are provisional members of MC Eastern Canada; four more church plants of French speakers in Quebec; and, according to Monette, “we are walking with some others.” Almost all of these churches are immigrant-based from Haiti and Africa.

Monette, who meets twice a month with the pastors and church leaders, proposed this French Anabaptist gathering to them as a way to get to know each other and their churches.

For the first event, Monette extended invitations to French-speaking Mennonite Brethren and Alliance friends. “That’s why we call it French Anabaptists,” he says.

Pastor Charles Tebena from Centre Bethésda Mennonite de Quebec, a new church plant, brought a message of encouragement to the group, reminding them that God is in control, and to look for all the ways God provides during the pandemic lockdown, like he did for the Israelites when they were in the desert.

For Norm Dyck, MC Eastern Canada’s mission minister, it was “a Holy Spirit-inspired time of worship together.”

Several participants shared their appreciation for the meeting with Monette, who translated their comments:

Another gathering of French-speaking Anabaptists is planned for June 20. Pastor Machichi from Goshen Mennonite in Ottawa, which recently became a provisional member of MC Eastern Canada, will speak. Future gatherings are planned for every third Saturday of the month “for as long as people will want it,” says Monette.