Five bikes with seven riders embarked on this year’s annual Mennonite Church B.C. motorcycle ride over a weekend in late August. Meeting in Chilliwack on the morning of Aug. 20, the group took Highway 1 to Cache Creek, then Highway 99 to Lillooet for the night. The next morning they returned to the Fraser Valley by two different routes. “I am very thankful for the friendships made over the 15 years of the MC B.C. motorcycle ride,” said organizer Garry Janzen, MC B.C.’s executive minister. “This was the last MC B.C. ride, as I am retiring by the end of this year. I am hoping to extend invitations to ride as friends in the future, but it will no longer be considered an MC B.C. ride. There are many good memories of rides to many cool places in B.C. and in northwest Washington, with groups of all sizes, from as low as four or five bikes to as many as 25.” 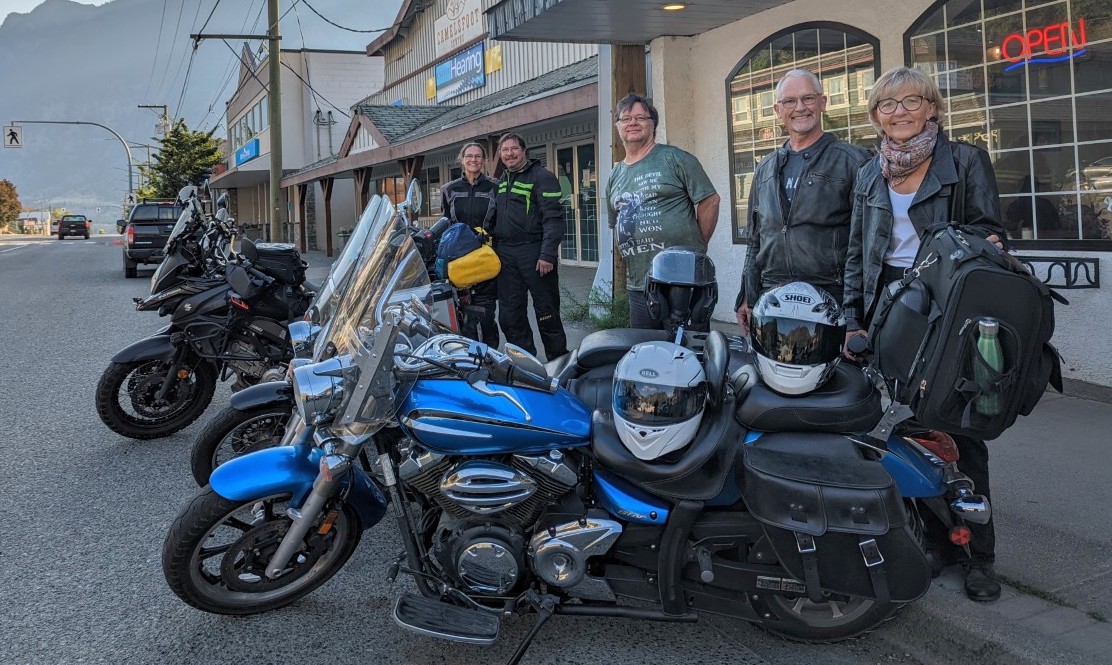 Four riders completed the final MC B.C. motorcycle, held this year on Aug. 21 and 22; one couple had to return early due to a blown tire. Pictured from left to right: Belinda Luxton and Lars Schwanebeck, Rick Smith, and Garry and Diane Janzen. (Photo courtesy of Garry Janzen)