In a letter challenging Jerry Falwell Jr., president of Liberty University, Lynchburg, Va., in his recent call to his students to carry concealed weapons so they can “end those Muslims before they walked in,” Daryl Byler, executive director of the Centre for Justice and Peacebuilding at Eastern Mennonite University, says to Falwell that he fails to see “how this call contributes to your university’s stated mission to ‘develop Christ-centred men and women with values, knowledge and skills essential to impact the world.’” Falwell, head of one of the largest Christian universities in the U.S. with 14,000 students, made the statement at a student convocation. It has raised a storm of protest on social media and Byler was one of many who called Falwell on his statement. Byler, whose centre is only a couple of hours away from Liberty, says: “Our university also seeks to be Christ-centered—attentive to the teachings and example of Jesus. This is precisely what pushes us to “welcome the stranger”—including those who come from other faith traditions. We are privileged to host a number of Muslim students at our center. Our program is stronger because of their presence. We have lessons to learn from each other. Muslim students have helped us to be more self-reflective about how U.S. Christians are viewed around the world. In them, we witness justice and peace-building values that are deeply rooted in their own faith tradition. From them, we learn the importance of prayer, compassion and giving. With them, we commit to building a more just and sustainable world.” –From reports by Eastern Mennonite University and Richmond Times-Dispatch 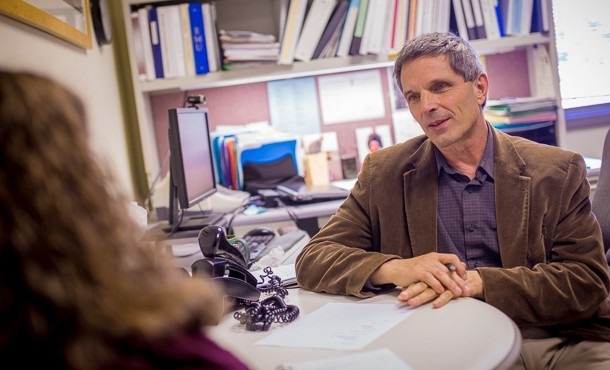