SAUBLE BEACH, ONT.—Mennonite Church Eastern Canada hosted its annual youth retreat on the first weekend of February at Silver Lake Mennonite Camp, Sauble Beach, Ont. This year, more than 40 youth from seven regional churches attended the retreat, says Jean Lehn Epp, interim youth ministry resources coordinator. This number has declined in recent years, with the trend towards more local retreats, she says, adding that, for those who attend, retreats are valuable times for youth to connect and relate with young people from other churches. This year’s retreat theme was exploring the new Mennonite Church Canada hymnal, Voices Together, that is expected to be released in 2020. The teens learned new songs from the hymnal, as well as different styles of worship, such as Taizé. Sarah Johnson, worship resources editor of the Voices Together committee, spoke, and youth leader Kim Rempel and students from Conrad Grebel University College led the worship sessions. The youth were also able to flex their creative muscles with a music video activity; groups wrote songs based on Bible lessons or stories, then filmed and screened their own music videos. There were also activities like snow-fort building, snowshoeing and indoor games. 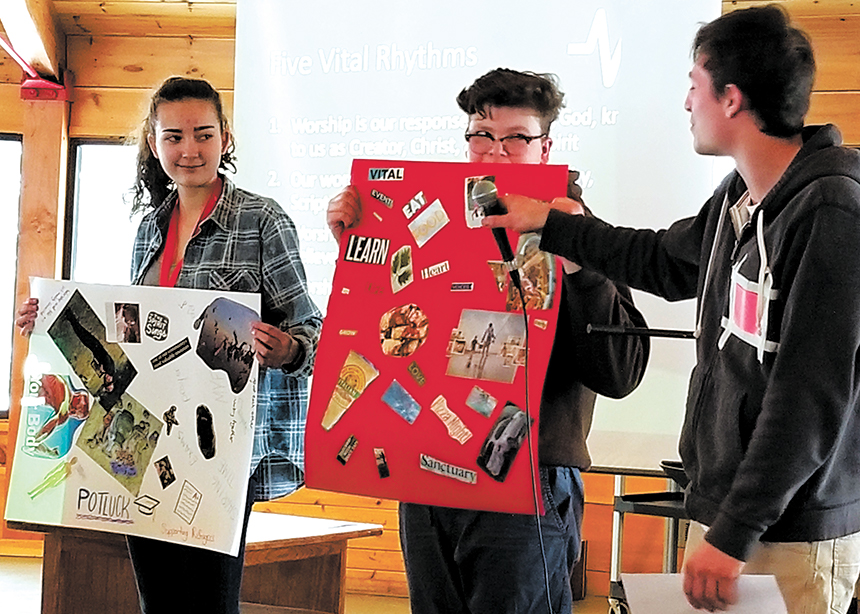