Door-to-door on the colonies 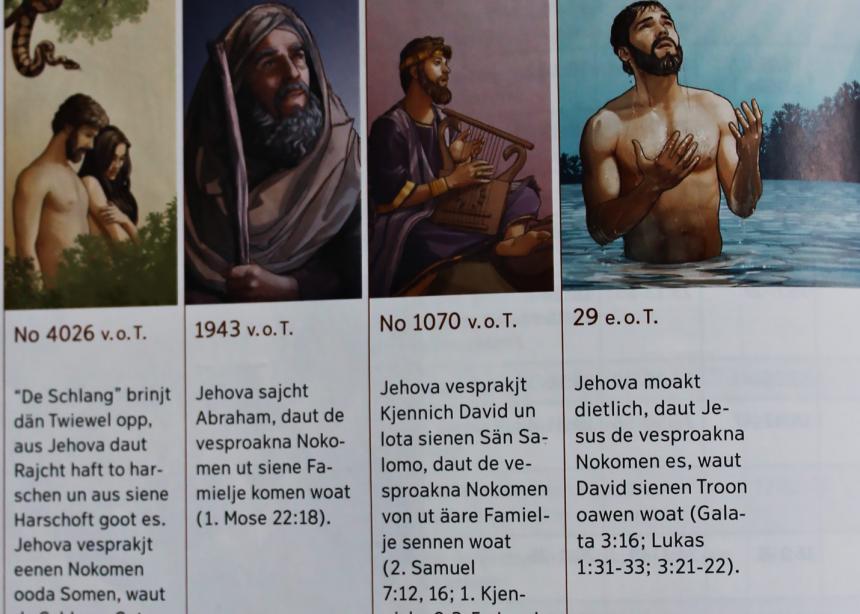 A page from a Jehovah’s Witness Bible study booklet in Low German.

While some might see Low German as the arcane language of people stuck in the past, Jehovah’s Witnesses have embraced it. For years, they have dedicated considerable energy to learning the language, translating materials and reaching out to Low German-speaking peoples.

They have a centre in Blumenau, a Mennonite community in Mexico’s Chihuahua state, and one of their representatives participated in a recent conference of Low German broadcasters, mission workers and educators.

There are currently 25 Canadian Jehovah’s Witnesses enrolled in a class to learn Low German.

Jehovah’s Witnesses have translated 21 publications and many videos into Low German. The upcoming January and February issues of their flagship magazine, The Watchtower, are already available online in Low German.

There are currently 8.3 million Jehovah’s Witnesses worldwide, and they work in 900 languages.

According to their website, Jehovah’s Witnesses believe Jesus is the key to salvation, do not believe in the Trinity, do not believe “God tortures people in an everlasting hell,” and do not believe “those who take the lead in religious activities should have titles that elevate them above others.”

Kennert Giesbrecht, editor of Die Mennonitische Post, says the presence of Jehovah's Witnesses is “undeniable,” and they have made a “huge effort” to train their personnel to speak Low German. But he is not aware of them gaining significant traction. He said that, during a recent trip to several Bolivian colonies, residents reported regular visits from Jehovah’s Witnesses, but most people wouldn’t invite them in.

Read “The quiet labours of a Low German translator” by Will Braun. 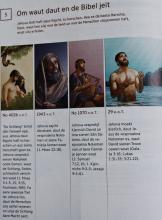 A page from a Jehovah’s Witness Bible study booklet in Low German.

As one of Jehovah's Witnesses from Mennonite background, I would like to thank you for the neutral tone of the article. Fair treatment is something we still do not receive in much of Mennonite-related circles.