‘A way of life’ celebrated on Cow Sunday

Osler Mennonite Church marks the end of an agricultural era 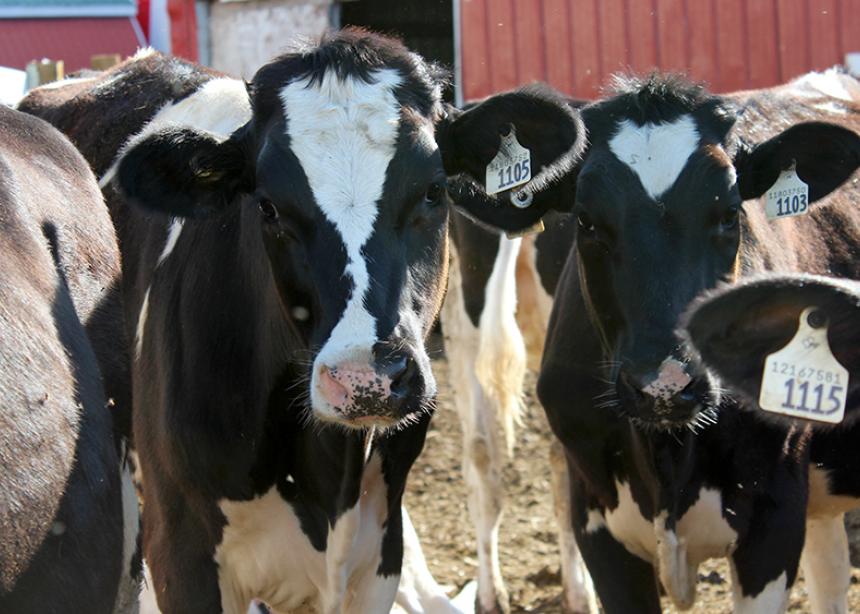 “Dairy farming is not just a job,” said Lloyd Sawatzky, “It is a way of life.”

For members of Osler Mennonite Church, dairy farming is a way of life that has come to an end. In August, Harry and Eva Martens sold their 150-cow herd to join the ranks of the retired. They were the last remaining dairy farmers in a congregation that once boasted up to 30 of them.

Recognizing the impact dairy farming has had on the congregation, Osler Mennonite designated Sept. 27, 2015, as Cow Sunday. Congregants were encouraged to wear cow-related clothing. At coffee time between the Sunday school hour and worship, they savoured yogurt and ice cream. They browsed memorabilia displays, which included butter churns, glass milk bottles, cattle show trophies and photos of prize-winning cows.

During worship, Dick Braun shared a history of dairy farming and former dairy farmers told what their livelihood meant to them. Sawatzky and his wife Loretta were among them. “After Bible school I framed houses for a time and it was then that I realized that dairy farming was what I wanted to do,” he said. “I was happiest working with cows.”

Although Loretta did not grow up on a farm, as her husband did, she was game to try. “It was a steep learning curve for me,” she said, “but I was up for the challenge and gave it my all. I have always been grateful that the cows gave me the opportunity to work at home and raise a family on the farm.”

The family aspect was significant for Sawatzky as well. Dairy farming “allowed us to work together as a family,” he said. Raising and showing calves through the local 4-H Club taught his children to work and helped them acquire valuable skills.

The dairy lifestyle impacted church programming. Events had to be scheduled so as not to conflict with milking times. “The church schedule was set up so that those people could go home and milk or that they could be there on time after milking,” Braun recalled. Milking times were not flexible because, as Braun noted, “cows have a very good internal clock” and prefer punctuality.

The day-in-and-day-out nature of dairy farming could be challenging. Rising early to milk cows often meant farmers were sleepy during worship. “It was not uncommon to see a few heads nodding off during services,” said Braun, “and you could be assured it was not just because they were agreeing with what was being said!”

To help them cope with the challenges of their lifestyle, farmers turned to each other. “We were part of a close-knit group of dairy farmers who all struggled with a seven-day work week,” said Sawatzky. Although no longer milking cows, he said, “We still value those friendships and our common connection is the dairy cow.”

At the intersection of farming and faith there was commitment. It took commitment to milk a herd of cows day after day, year after year. That same commitment applied to church involvement. “You had to be there,” said Martens.

Getting up early to milk cows was not an excuse to miss church on Sunday mornings. “We have always made time for church, no matter how crazy busy things were,” said Sawatzky. “This community of believers has always been important to us. Worshipping God together and supporting our many programs and committees has strengthened our faith.”

Dairy farming also fostered an appreciation for God’s creation and the need to care for it. “Dairy farmers are known to treat their animals very well,” said Braun. “If a cow is mistreated, the first thing [she] does is cut back on milk production, and there goes the profit.”

Harry Martens agreed, saying that dairy farming taught him to be kind to animals. “If there’s a heaven for cows,” he said, “I think our cows would be there because they fed a lot of hungry children.”

Adding a sense of wonder to these observations, Sawatzky cited Job 12:10 when he said, “Watching a calf being born is a reminder that ‘in God’s hand is the life of every creature and the breath of all mankind.’ ” 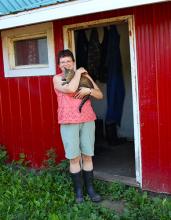 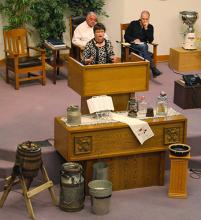 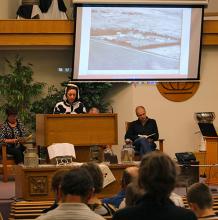 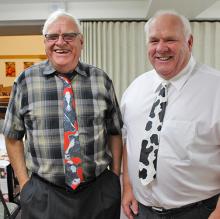