‘We’re not your stereotypical teenagers’ 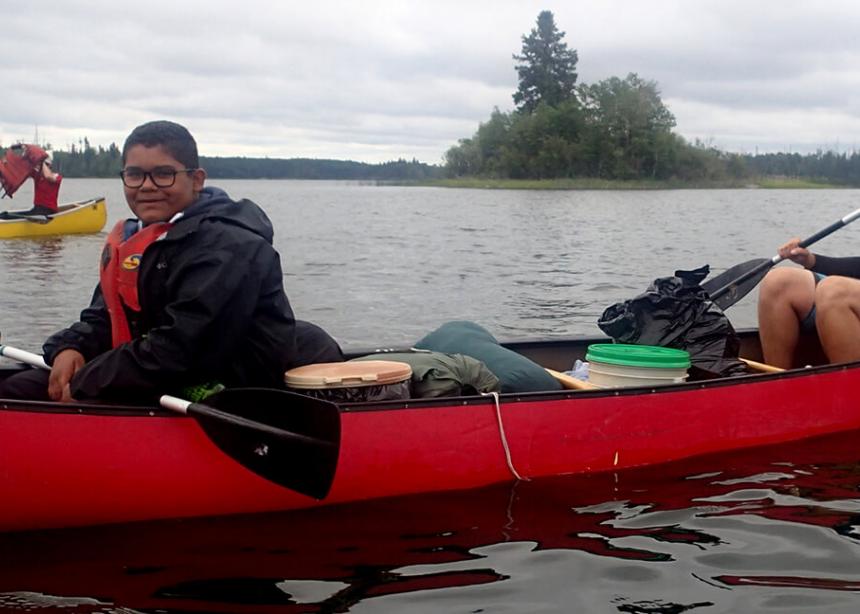 When an intense rainstorm started just as Mennonite Church Canada Youth Assembly 2016 participants set up their tents during the first afternoon of their canoe trip, organizer Krista Loewen was apprehensive.

“I was nervous it would dampen everyone’s enthusiasm and sour the trip,” Loewen said. In reality, the rainstorm did the exact opposite. The rain soon cleared and a gigantic rainbow appeared in the sky. It was fitting, since the event, entitled #CovenantCrew2.0, explored different covenants in the Bible. Earlier that day, the group had just talked about God’s promise to Noah in Genesis.

“They just stood in awe and observed that gift,” Loewen said of the rainbow. “There was this sign that continues to be a reminder for us of covenants.”

Hailey Funk wanted to attend the assembly after positive experiences at last year’s Mennonite World Conference event in Harrisburg, Pa., as well as the Fat Calf Festival, MC Canada’s 2013 youth assembly in Winnipeg.  “It’s always so much fun meeting the other youth,” said Funk, 17, who attends Wildwood Mennonite Church in Saskatoon. “We all may go to different schools, but we come together as Mennonites.”

The two-day canoe trip was facilitated by Churchill River Outfitters in Missinipe, Sask., about 500 kilometres northeast of Saskatoon. Ric Driediger, who owns the company and is a member of Rosthern Mennonite Church, served as guest speaker.

Upon returning to Saskatoon, youth met for worship with Chris Lenshyn, associate pastor of Emmanuel Mennonite Church in Abbotsford, B.C., who spoke with the group about MC Canada’s Being a Faithful Church (BFC) process and the work of the Future Directions Task Force.

The following day, youth participated in the delegate sessions related to BFC and Future Directions, and witnessed the votes. For many, being at the sessions was a highlight of youth assembly.

SueAnne Harms, also from Wildwood, took advantage of the open mic session that preceded the BFC vote to express her frustration that the church is not inclusive of LGBTQ persons. “For me, that is not okay because the church should be something that loves everyone and accepts everyone,” the 16-year-old said from the floor.

Later, Harms said that she was glad the youth attended those sessions and were able to get an idea of the processes involved at an MC Canada assembly. “We are the future, and we need to learn how to make those decisions,” she said.

After attending delegate sessions on the morning of July 9, youth spent the afternoon participating in a handful of service opportunities around Saskatoon. Afterward, the group spent an hour-and-a-half with Lenshyn, worshipping and talking about their experiences at the delegate sessions, as well as their laments and hopes for the church.

After joining the adult assembly for worship on the morning of July 10, youth headed home.

Loewen said that she was extremely happy with the way #CovenantCrew2.0 turned out. “Finding ways to celebrate and validate the young people in our church is a really important thing to do,” she said.

The original plans for youth assembly were cancelled due to low registration. Organizers had initially hoped for 200 youth to attend, but when those anticipated registration numbers did not materialize before June 1, the date when commitments had to be signed for venue rentals, meals, lodging and certain programming plans, the event was cancelled and Loewen planned the more intimate #CovenantCrew2.0 instead.

Jonah Thiessen, a youth from Toronto United Mennonite Church, said he appreciated the smaller group. “We can have better group discussions and experiences, and we’re just closer as a whole,” the 17-year-old said.

Loewen said that she was happy about the numbers. “We can be sad about the fact that 200 youth didn’t sign up . . . [but] to me it’s just a marker on the wall that things in our church are changing, and we need to do different things to be successful,” she said.

Noramy Gonzalia, who works with youth at First Mennonite Church in Kitchener, Ont., and who accompanied three youth to #CovenantCrew2.0, said that she was excited by the engagement she saw. “[The youth] want to be here,” she said. “They want to be at church, they want to be involved, they want to have a voice.”

Funk agreed. “We care,” she said. “We’re not your stereotypical teenagers.”

See an overview on Assembly 2016: “Hope through lament and loss” 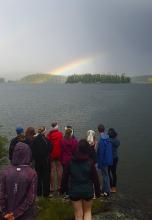 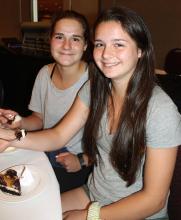 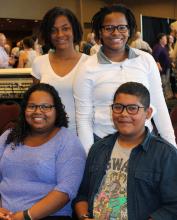