Mennonite leaders weigh in on vaccination 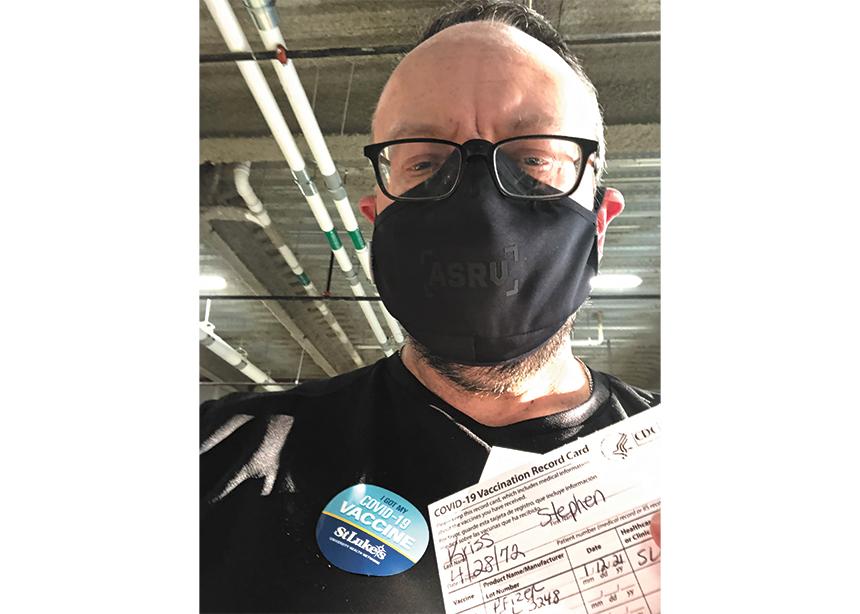 That question arose in January when Dr. Theresa Tam, the chief public health officer, met with over 1,300 Canadian faith leaders, including from MC Canada, to encourage them to promote vaccines to their members.

Since faith leaders are “trusted voices” in their communities, they will be “instrumental” in promoting vaccines and overcoming vaccination hesitancy, she said. “Your leadership is vital for supporting and building resilience in your communities as we move through this pandemic and beyond.”

As for MC Canada executive ministers, they see their roles as mostly providing information and opportunities for discussion about vaccines:

Since the start of the pandemic, MC Eastern Canada has been convening online conversations for pastors to talk about pandemic challenges and how to adapt, says Leah Reesor-Keller. The regional church will continue to use these forums to provide pastors with information about vaccines, she says, adding “God’s healing power can take many forms, including the development of COVID-19 vaccines and other forms of medical treatment.”

As for herself, she says: “When our turn does come, my family and I will be eager and ready to get our vaccines, not just to protect ourselves but to protect the more vulnerable people in our extended family and community in the best way that we can. It’s a tangible way of putting our faith in action to care for the well-being of others.”

Michael Pahl of MC Manitoba expects congregations in that province will be supportive of promoting vaccines, just as they have been following other health guidelines and protocols.

“Our congregations have worked within health regulations and guidelines since COVID first began impacting Manitoba last March,” he says. “I don’t anticipate that to change with vaccines being made available.”

Individual congregants may choose not to get the vaccine, he says, but “this would not be a strong position among our congregations.”

Throughout the pandemic, Tim Wiebe-Neufeld of MC Alberta has been encouraging congregations to discern the best ways to “meet minimum requirements or to reduce risk with more restrictive steps.”

Vaccination programs are a little different, he says, since those decisions are more up to individuals. “Generally, I feel our church community trusts the health-care system and officials, and we would point to them as the ones who have the best knowledge of what will reduce risk and lead to the best health care outcomes,” he says.

When it comes to vaccines, Wiebe-Neufeld says he sees his role, together with pastors, as creating forums where people “feel empowered to respond in these conversations in a caring, helpful and clear way that shows Christ’s love for those around us.”

Garry Janzen of MC British Columbia also sees his role as one of sharing information.

“I am not promoting vaccines as much as sharing the protocols [from provincial health authorities] about how we should behave during this pandemic and what the current restrictions are,” he says. “This certainly includes the anticipation of receiving the vaccine.”

Through the updates, his goal is is to provide accurate information so churches can “stay vigilant to help flatten the curve,” he says, adding that, when he is able, he plans to be vaccinated.

Doug Klassen, executive minister of MC Canada, sees a role for leaders in promoting vaccines in an indirect way. “In keeping with the teachings of Jesus, we seek to give special care to the weak, vulnerable, marginalized, compromised,” he says, adding that promoting vaccinations against COVID-19 is a way to do what “our faith calls us to do in this pandemic to protect them.”

Klassen plans to get the vaccine as soon as he is able, and he thinks many MC Canada pastors will, too.

“Many of our pastors want to, as well, knowing how terribly lonely some of their parishioners are, and how desperately some of their church ministries are needed,” he says. “They want to get back to caregiving and serving in person as soon as it is safe to do so.”

As of press time, Ryan Siemens, MC Saskatchewan’s executive minister, could not be reached for comment.

This article appears in the March 1, 2021 print issue, with the headline “‘A duty to love our neighbours.’”

Update (May 3, 2021): The online comments for this page are now closed. We advise all readers to follow the recommendations of their regional, provincial and national health authorities. –Virginia A. Hostetler, Executive Editor 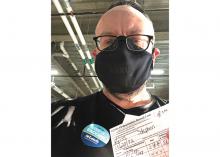 The online comments for this page are now closed. We advise all readers to follow the recommendations of their regional, provincial and national health authorities.