Churches weigh in on bill to ban conversion therapy 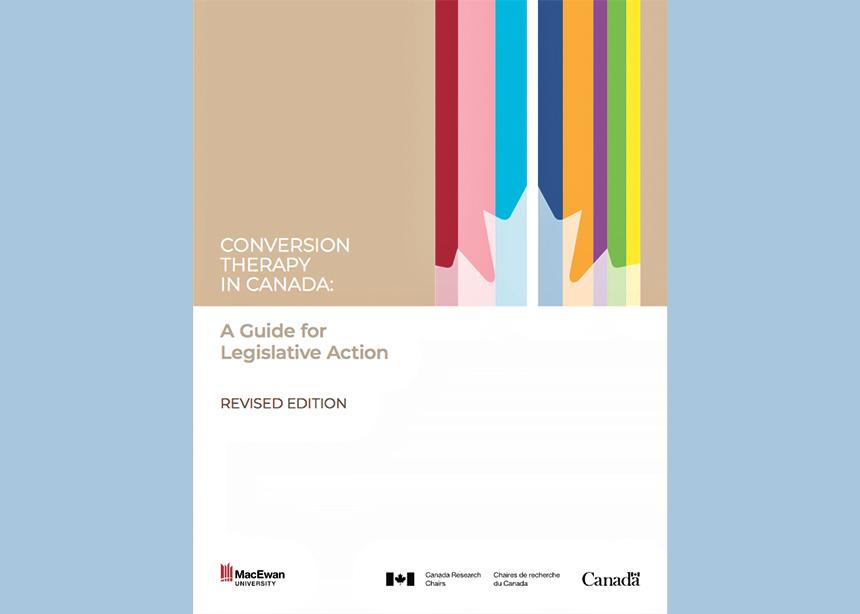 A proposed federal law to criminalize conversion therapy is creating controversy, not because anyone is openly defending the practice of seeking to convert LGBTQ+ people to heterosexuality, but because some fear Bill C-6 will extend beyond its stated target.

Among the concerned is the Evangelical Fellowship of Canada (EFC), of which Mennonite Church Canada is a member.

Julia Beazley, EFC’s director of public policy, said in a written response that “this has been a deeply challenging policy issue to navigate” because the bill is “an effort to protect and support people” but is framed in such a way that “risks infringing on religious freedom.”

The EFC—an umbrella organization that “provides a forum” for four million Christians—is unequivocal on conversion therapy itself: “While we have serious concerns with how the bill is worded, we are supportive of the stated objective of Bill C-6, which is to protect Canadians from the damaging effects of practices that have been widely discredited.”

“We need to acknowledge that some of the ways we in the church have tried to help, may, in fact, have hurt,” Beazley says. In her conversations and outreach on this issue, she says she came across no supporters of conversion therapy.

The question is not whether it is acceptable. Results are often disastrous. Conservative MP Michelle Rempel Garner—a passionate supporter of LGBTQ+ rights—noted a study that found 30 percent of people who underwent conversion therapy later attempted suicide.

The rub is the bill’s definition of conversion therapy, which it deems “a practice, treatment or service designed to change a person’s sexual orientation to heterosexual, to change a person’s gender identity or gender expression to cisgender, or to repress or reduce non-heterosexual attraction or sexual behaviour or non-cisgender gender expression.”

The concern is that a parent or church leader presenting the traditional Christian teachings on sexuality—an act protected under the Canadian Charter of Rights and Freedoms—could be captured in the bill’s broad definition.

The Canadian Conference of Catholic Bishops has expressed concern that, “[t]he bill could even criminalize Catholic ministries and groups, religious leaders, or pastors who encourage individuals with same-sex attraction to live chastely.”

Richard Marceau is among many who suggest including this wording in the bill. Marceau is vice-president of the Centre for Israel and Jewish Affairs, and, in his own words, “a strong proponent of full equality for LGBTQ2+ people.” He was also an MP when parliament debated same-sex marriage.

At that time, he suggested an amendment to the marriage bill that protected the Charter rights of those who did not believe in same-sex marriage, without changing the substance of the bill. The amendment is now law.

As he said of that amendment in a submission to the Standing Committee considering Bill C-6 last November, “This amendment, coming from one of the defenders of equal marriage, allowed a measure of clarity and assuaged fears that had been expressed.”

He believes the Standing Committee should likewise add a simple clarification to Bill C-6.

If a case came to court, a judge would consider only the law itself, not related comments by MPs.

On Dec. 10, 2020, the Standing Committee voted instead to expand, rather than clarify, the definition of conversion therapy by adding “gender expression.”

The EFC is concerned the legislation could “have a significant chilling effect” among churches and church organizations.

A spokesperson from No Conversion Canada—a coalition that includes conversion therapy survivors—did not reply to a request for comment by press time. In an appearance before the Standing Committee, No Conversion Canada representatives noted that seven provinces or territories and 14 municipal governments—including Vancouver and Calgary—have legislation related to conversion therapy. They said there is no evidence of a chill effect, although they may not be best positioned to detect it.

While many LGBTQ+ advocates bristle at one-man/one-woman Christian teachings, the fact that evangelicals are broadly condemning conversion therapy is evidence of a change in the landscape over the last couple decades. Beazley acknowledges such a shift, noting it is a “shift in posture,” not beliefs.

There appears to be much more talk of genuinely, gently walking with people. While this will be inadequate for many LGBTQ+ advocates, the shift may be doing as much to further marginalize conversion therapy as a new law.

At press time, the bill was on the verge of passing third reading in the House of Commons and heading to the Senate. 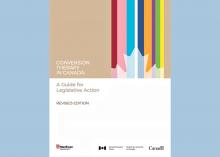 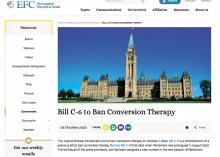 Any number of what might be called "moral issues" remain on the table in North America, and the temptation to urge legislation that will swing the arguments one way or another is always present. Abortion, same-sex marriage, come to mind, but one can easily add anti-racism or Truth and Reconciliation and a host of others to this docket. No law will ever prevent gender fundamentalists from using coercive measures behind closed doors to "correct," or at least hide, an LGBTQ orientation. No law will prevent racist cops from finding ways to intimidate, harass people they consider legitimate targets. Some unwanted pregnancies have always been terminated, often by unsafe procedures by money-grubbing charlatans, and even when stringent laws existed. The law will never replace conscientious, wise and informed child rearing and quality civic education.