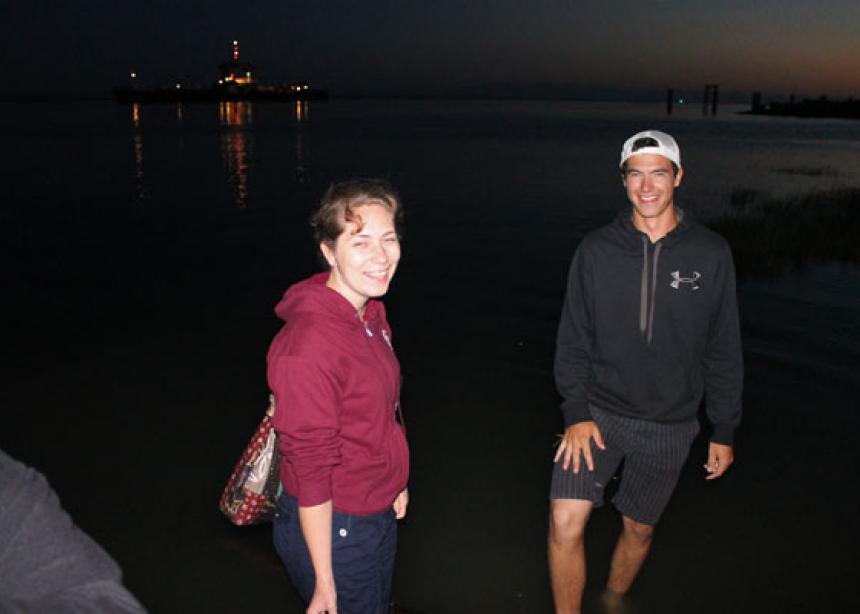 “I love meeting people at other conferences and events. It’s so much fun to see people again. I’m so encouraged by the other people here. It’s life giving,” Toews said.

Susie Guenther Loewen from Toronto United Mennonite Church was asked to come to Assembly to assess the situation regarding the Being a Faithful Church process and to share the work she has done on a paper called, “Unwelcoming the Stranger: Marriage from a Canadian Mennonite Perspective,” with people she came across.

Blake Penner, a 21-year-old delegate from Bethel Mennonite Church in Winnipeg was sought out by his congregation to participate in Assembly this year. It was his first and he found it an interesting experience as he knew nothing about what these gatherings were about. “It’s really cool to see all the churches together,” Penner said.

Because the area churches and individual congregations are involved in different projects, it’s a great experience to see what’s happening throughout the community and provinces, Toews said. She believes it is important for young people to get involved with the church locally, nationally, and globally. And not just 10 or 20 years from now, right now!

In the past two years, fewer than 20 young adults registered to attend. Their numbers more than doubled this year.

Just a correction - my paper is called "Welcoming the Stranger: Same-Sex Marriage from a Canadian Mennonite Perspective." Its guiding concept is the biblical call to welcome and show hospitality to strangers.