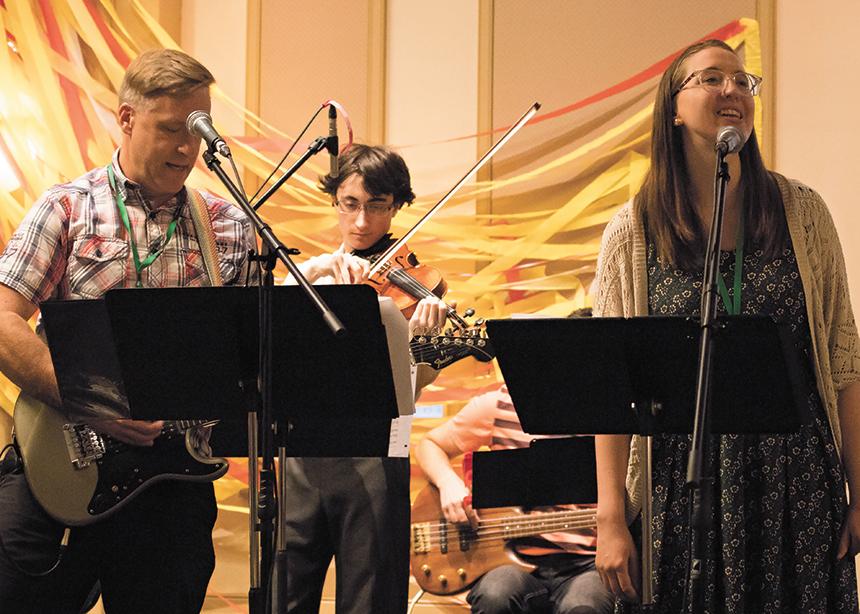 Representatives came from each of the five regional churches, from as far away as Petitcodiac, N.S., to take part. The event began with a day for pastors and other leaders, followed by two-and-a-half days of worship, inspirational speakers, a delegate business meeting, workshops, excursions and more.

The times of worship, led by committee members of Voices Together, the new hymnal still in formation, gave participants a chance to try new songs and ways of worshipping. Scripture passages from Acts 2 and red, orange and yellow streamers suggesting the tongues of fire that visited the early church, pointed to the gift of the Holy Spirit for God’s people gathered there and the gifts offered to their own communities and to the larger world.

A new day
Guest speaker Elaine Heath brought real-life stories, insight, humour and an academic grounding to her presentations. An author, former pastor and dean, and a current member of an intentional Christian community, she explored ways in which congregations can live out their calling to be good neighbours in their own unique contexts. Drawing inspiration from John 1:14, “The Word became flesh and blood, and moved into the neighbourhood” (The Message), she invited listeners to become active in the contexts in which they live.

In a broken and traumatized world, God’s people are called to live out and proclaim God’s salvation, which Heath defined as “that which makes us well again.”

While addressing topics such as “Biodiversity and the work of the people,” “Neighbouring in post-Christendom contexts,” and “Imagine a new day,” Heath invited listeners to dream and seize opportunities for ministry, by showing up in their local communities, paying empathetic attention to the people there, cooperating with God, and releasing the outcome of their efforts.

Heath acknowledged that North Americans live in a time when Christianity is no longer the dominant force in their society. This reality requires new models for being faithful disciples; some of the old ways of “doing church” no longer work. It requires the followers of Christ to move away from perfectionism and judgment, looking at ourselves and at others with the compassion of God.

It is clear to her that the church is at “the front end of a new Reformation,” and she’s excited about what God is doing today. “I’m not afraid because things are changing. The church has to change,” she said. Presenting this as an opportunity to create new forms of being church, she said, “Let’s quit hunkering down and feeling nervous and wondering whether the sky really is going to fall this time.”

Salvation means helping people to overcome toxic shame and to become part of a caring community where they are able to observe and practise new behaviours. Heath calls this a process of sanctification in which people get better and better at making wise choices. “This is what God’s mission is: shalom for this world, the making of all things new,” she said. And, she reminded listeners, you don’t need to be a big church for God’s salvation to happen.

Klassen, formerly pastor at Foothills Mennonite Church in Calgary, spoke of his early calling to serve through leadership in the church and he recalled how he has experienced God’s love and guidance for him over the years.

“What an incredible honour it is to link arms with all of you and to walk together into the future of Mennonite Church Canada,” he said. “Each one of us, each congregation, no matter how big or small, no matter how strong or weak, we have all been called to participate in God’s grand redemption project. We’ve been called to be the bearers of the gospel, the Word incarnate that is good news for everyone.”

Speaking of the hopes and aspirations that continue to emerge within local churches and regional bodies, Klassen confessed, “Sometimes, I have to tell you, for hours my mind runs wild with ideas for our collective witness.”

Members of the Joint Council, Executive Staff Group and MC Canada staff gathered around Klassen for a prayer to bless his new ministry.

Beyond ourselves
Each day’s activities began with a public acknowledgement that the meeting was happening on unceded ancestral lands of the Coast Salish People. A group representing the Mennonite Church in Vietnam brought greetings and sang, “Peace be with you” to the gathering.

Witness worker Bock Ki Kim, from South Korea, brought a 10-metre banner from the church there as a gift to those gathered in Abbotsford. Throughout the gathering, attendees wrote their blessings and prayers on it.

In keeping with the theme of ignition, people from various parts of the country told inspiring “Firestarter stories” about how they and their congregations are experiencing—and cooperating with—God at work in their neighbourhoods.

Worship times throughout the weekend included acts of worship, such as anointing, communion and a renewal of baptismal vows.

On June 30, an additional 100 local people joined the group for a Sunday morning worship service.

In the evening, participants chose from three varied options: an “outdoor church,” a Taizé-style service or a hymn sing.

Lighter times of fun and learning included excursions to nearby attractions, a crokinole tournament and a coffee house.

As participants returned back to their own neighbourhoods, perhaps the refrain of the song will inspire new imaginings: “Let us bring the gifts that differ / And in splendid, varied ways / Sing a new church into being / One in faith and love and praise.” 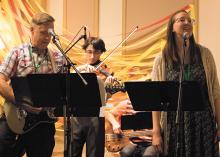 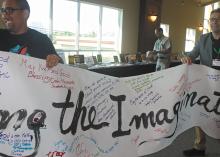 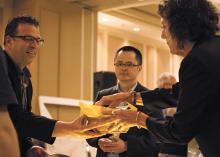 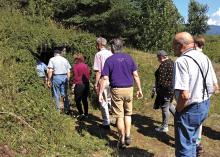 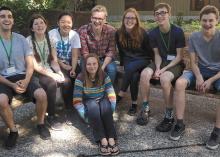 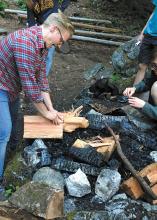 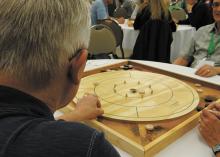 I am confused when I read the article by Aaron Epp about Troy Watson’s workshop (page 13 of the July 22, 2019 issue) at Gathering 2019. I’m not sure whether it’s the reporter’s fault or Watson’s fault. Or, is it my inability to comprehend? There seems to be an incongruity between the title of the workshop, “Finding innovative ways to talk about God and spirituality” and the details. "Chief among the ways to do this is developing a practice of childlike play and imagination.” What is this practice that is being recommended? How does this actually happen? How does this contribute to talking about God and spirituality? Will someone please help me? What am I overlooking? Were some examples given?

Thank you for the comment, John. I don't recall Troy Watson going into depth about developing a practicie of childlike play and imagination, but it could be that I was not taking notes as carefully as I could have been. I will write Troy an email and invite him to respond to your questions.

I see how this could be confusing without the context of the full presentation. The connection I was making was that we need ignited imaginations in order to find new language and fresh ways to talk about God and faith. One of the best ways to exercise the "muscle of imagination" is through creative play. This logic was based on a few Einstein quotes:

- "Imagination is more important than knowledge…"
- "We can't solve problems by using the same kind of thinking we used when we created them."
- "To raise new questions, new possibilities, to regard old problems from a new angle, requires creative imagination…
- "To stimulate creativity, one must develop the childlike inclination for play."

I hope this helps.

Better still, let’s search the scriptures and see what God says about this. I, for one, couldn't find anything positive that God has to say regarding the imaginations of mankind. Yet, knowledge of truth is highly esteemed in His Word.

So, whom should we look to for wisdom and guidance regarding talking about God and faith? Einstein, a self-described agnostic? Or God, the source of all wisdom and truth?