Can we talk about abortion? 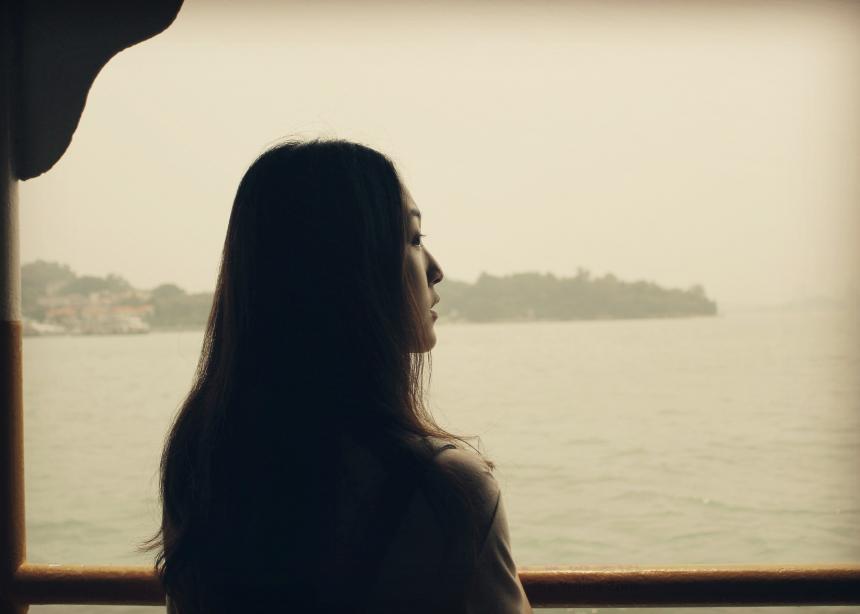 At a recent gathering of pastors, one man spoke of “a woman’s right to choose” with respect to pregnancy, then added, “I assume everyone here would agree with that.” In a room of Mennonite pastors, I was not so confident that all would be “pro-choice.”

Around the same time, in a Mennonite adult education setting, a woman spoke of “a society that condones murder,” continuing, “Of course, we have abortion, which is the same thing as murder.” She, too, seemed to assume that everyone present shared her view.

In both cases, I was aware that rarely does the subject of abortion come up, and rarely is it given any kind of open discussion. More likely, as demonstrated in these two examples, I suspect we continue supposing everyone in earshot thinks similarly, rarely risking the effort to invite opinions from, and listen to, those who think differently.

Can we talk about abortion? Abortion is certainly a difficult topic for me, impacted by my commitment to pacifism and a personal history of infertility. Pacifism includes a pledge to avoid harm and protect life. The pain of infertility was deepened by aching for aborted potential lives who could have been cared for by would-be parents. Yet I encourage you, Gentle Reader, to continue in the work of difficult conversations, for in our churches are people who have experiences with abortion: doctors, nurses and social workers, and those who have ended a pregnancy. How does the church provide support, compassion and understanding?

A number of things shape my support for laws that permit women to choose abortion. First, there are the women themselves who have told me their stories of physical risk and emotional illness; of a husband who demanded an abortion; of being young, alone and poor.

Would I really prefer to live in a society that would force these women to carry a pregnancy to term? Would I want to live in a society whose women’s lives are at risk when they do not have access to safe abortions? Is there sufficient evidence that our society values all lives, enough practical commitment that they would support such mothers and their children?

I answer no to these questions. I do not want to go back in time to a society that denies women this choice. It is women who possess the sacred privilege of life-bearing, and that is a blessing. It is also women who are left too often on their own to care for a child, and so it is women who decide. We do well, though, to remember the men who are involved. The men who share the decision with their partners, the men who insist on an abortion, the men who abandon their responsibility.

I am old enough to remember when North American Christian churches had a more measured response to abortion. Religion writer John Longhurst, in an October 6, 2018, Winnipeg Free Press column, traced this shift over the last 50 years. He quoted author Jonathan Dudley, “[W]hat conservative Christians now say is the Bible’s clear teaching on [abortion] was not a widespread interpretation until the late 20th century,” in reference to a 1968 issue of Christianity Today, in which leading evangelical thinkers said the Bible “plainly teaches that life begins at birth.”

These thinkers would have been in line with former U.S. first lady Barbara Bush, whose views were shaped by her daughter Robin’s short life. In a journal entry on abortion, Bush wrote of being with Robin at “the almost religious experience of” her birth and subsequently at her death. Bush “sensed Robin’s soul entering her body at the moment of her birth [her first breath] . . . and she had felt it leave [Robin] at the instant of her death,” wrote Susan Page, Barbara Bush’s biographer, in the March 29 issue of The Atlantic.

Much more can—and should—be said. I pray we can be a community whose difficult conversations take place in a spirit of grace, compassion and mercy.

The notion that “life begins at birth” is confounding to me, especially when I hear that from other mothers who have felt the movement of new life from within their womb. I have no doubt that life begins at conception, for without life, how is it possible for new cells to grow and form a new little human being? The creation of human life is a mighty work of God! As David said in Psalm 139:13,14, “For You formed my inward parts; You covered me in my mother’s womb. I will praise You, for I am fearfully and wonderfully made…”.

So what value does God place on the lives of unborn babies? In Exodus 21:22,23 there is clear indication that God considers the unborn equal with the born, for He decreed that “If men fight, and hurt a woman with child, so that she gives birth prematurely, yet no harm follows, he shall surely be punished accordingly as the woman’s husband imposes on him; and he shall pay as the judges determine. But if any harm follows, then you shall give life for life…” (Exodus 21:22,23)

With absolutely no voice or strength to fight against those who would choose to murder them, our unborn babies hold a place of highest vulnerability and marginalization in our society. They depend on our voices to speak on their behalf to defend their existence. How are we doing in that regard? To a great extent, I feel like the legal battle to save small precious lives has been lost in Canada. But we as Christians can still advocate for the unborn, and pray for their mothers to make the right decisions over their babies’ lives.

There’s a quotation that is often attributed to Mahatma Ghandi, though authorship is considered questionable. It goes like this: “A civilization is measured by how it treats its weakest members” or its variation—“The greatness of a nation can be judged by how it treats its weakest member”. I believe that the essence of those words truly applies to the issue of abortion in that, how we treat our most vulnerable—the unborn, is a true reflection of our nation’s moral fibre.

My hope is that before we have a conversation on abortion, the work of pondering scripture -- the significance of generating new life and carrying new life, the holy significance of new human life -- might be done before anyone uses their own reading of the Bible to create a recipe for their particular argument/position. Holy Wonder before argument.

I value life and I value unborn babies. I don't believe that I could every abort a child, but I recognize as well the privilege and resources I have. I also wish that every baby was born into a home of love and stability, with the resources to raise the child well. I wish that each baby were born whole and healthy.

The realities of life show me that for many, this is not true. Babies are conceived through rape, through incest, and sometimes to mothers who are unprepared to raise a child. Because of the realities of life, I think that abortion needs to remain legal.

To change this, we need changes in policy and changes to how we spend our governmental money. We also need to change our societal views that would allow more mothers to carry, say, Down's Syndrome children to term, and with robust special-needs adoption for babies carried to term with disabilities more than the parents can handle. Perhaps we could offer financial incentives for mothers to carry a baby to term, to place for adoption, so that she can make that choice without negatively impacting her other children.

I'm grateful to see this article here because the discussion about abortion today, like so many issues, is so polarized. I sometimes feel I am the only one with a middle-ground view.

There are the voices calling for every baby to be carried to term, but without regard for support for that life afterward. Until there are no children languishing in foster care, those voices ring empty and hollow.

On the other hand, those who support legal abortion often don't want to hear any criticism or input into reducing the rate of abortion. Support for legal abortion can mean a careless attitude toward the unborn lives at stake.

My U.S. senator just proclaimed, "You (women) owe nobody an explanation," referring to their decision to abort. I disagree. I think a woman does owe the father of the baby, the potential grandparents, and her church community, perhaps the community at large, an explanation. I think if more women explained why they chose abortion, it would open our eyes to the issues, would cut down on the number of thoughtless abortions, and would (ideally) allow the church to rally around the mother for support, no matter her choice.

I'm sure that my view is an unpopular one. All that said, I am grateful for a place to be able to discuss these difficult issues.