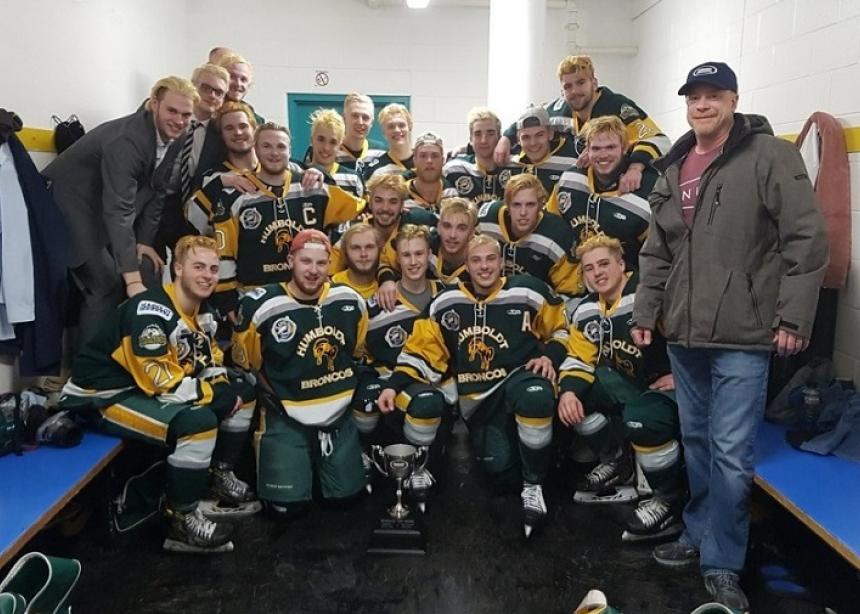 The horrific collision that claimed the lives of 15 people, most of whom were players and coaches with the Humboldt Broncos hockey team, had several Mennonite connections.

The accident occurred at the intersection of Highways 35 and 335, some 238 kilometres northeast of Saskatoon, when a semi-trailer collided with a chartered bus carrying the hockey team to a playoff game in Nipawin, Sask.

Among the fatalities in the April 6, 2018, crash was bus driver Glen Doerksen of Carrot River, Sask. A Canadian Broadcasting Corporation (CBC) report says that Doerksen worked for Charlie’s Charters, based in Tisdale, Sask. He had a passion for hockey and enjoyed driving teams to and from their games.

The CBC report quotes Doerksen’s son, Cameron Doerksen, who said of his father, “He loved us kids, he loved this community. He kept our family always happy and he loved what he did. It wasn’t work for him. He loved driving all those boys, all those teams, and he did it with a smile on his face.”

Also among the dead were two employees of Humboldt’s 107.5 Bolt FM radio station. Tyler Bieber, age 29, was a play-by-play announcer for the Broncos. He served as the station’s morning news announcer as well, according to the CBC report. With a great love for sports, Bieber also coached the Humboldt high school’s basketball and football teams.

Brody Hinz, an 18-year-old student intern at the radio station, also died in the crash. Hinz compiled statistics and provided colour commentary for the games.

Golden West Broadcasting, based in Altona, Man., owns the Humboldt radio station. Elmer Hildebrand is chief executive officer for Golden West and a member of the Canadian Mennonite Publishing Services board of directors. According to a report by Bill Redekop of the Winnipeg Free Press, Golden West moved extra staff and grief counsellors to the Humboldt radio station. Redekop cites Hildebrand, who said, “At this point, our aim is to support our employees through this process. We’ve not had this kind of tragedy in our company before.”

Redekop writes that Golden West began with a single radio station in Altona in 1957 and now has 44 radio stations and more than 400 employees across the prairie provinces. Among those employees are at least 10 teams of announcers who follow junior hockey teams in Manitoba and Saskatchewan, broadcasting home and away games.

It is not uncommon for broadcasters to accompany teams to their away games. Redekop again cites Hildebrand, who said, “We're involved with all of these hockey teams intimately.” And that intimate involvement includes riding the bus together.

In a prepared statement from Golden West, company president Lyndon Friesen said, “Our thoughts and prayers are with the family and friends of all the young men we lost, and our own colleagues, whose lives have been cut short by this tragic event.”

—Update, April 12, 2018: The accident claimed a 16th victim: Dayna Brons, the athletic therapist for the team, died in the hospital on April 11. 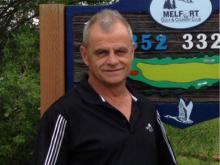 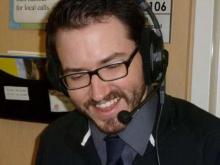 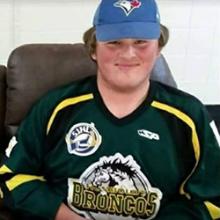 Brody Hinz was a student intern with the 107.5 Bolt FM radio station.

First, I would like to express my sympathies to all those involved in that horrific senseless accident. So many negative comments and blame and political talk at a time when all of us can and should take time to pray for families and surviving people fighting for their life. I am so grateful the Broncos have a great chaplain. His message at the vigil was very clear. Out of the seeds he has sown, I believe will come something very positive.

Why I said "senseless accident" is that I personally know that intersection and have gone through there hundreds of times. It is a matter of drivers not paying attention and stopping even in wet, sunny, dry and snowy conditions. The family that lives at that corner every day has to see those 6 crosses and now likely 15 added across the highway.

I knew Glen Doerksen personally all his growing-up years, and he was one amazing guy, with a big smile and so much love for sports. RIP