Is belief in Jesus’ resurrection necessary? 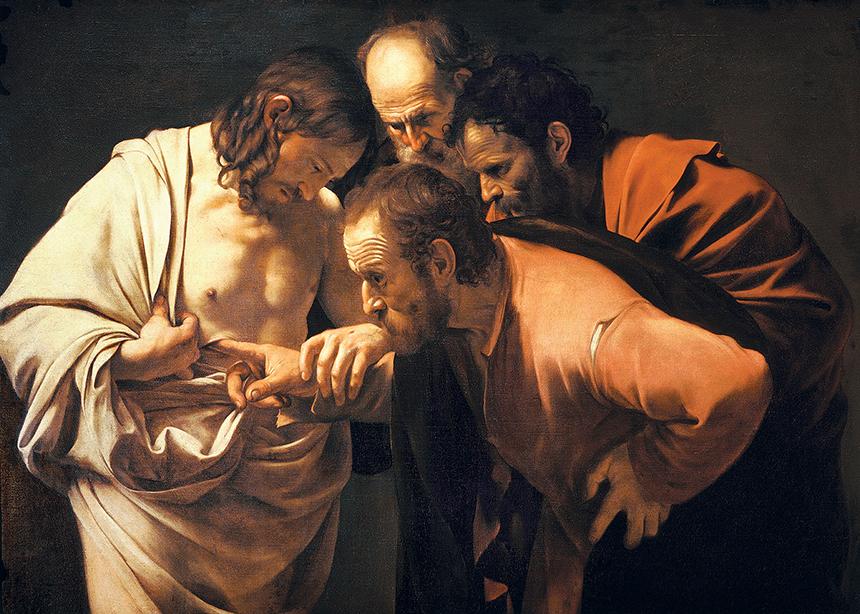 It can also seem irrelevant, even unnecessary. Many Christians focus on Jesus’ death, some on Jesus’ teachings and way of life. What difference does it make whether Jesus was raised from the dead or not?

I used to think the answer to the question was a straightforward and resounding, “Yes, of course we have to believe in Jesus’ resurrection!” But now I think the question requires a little more nuance.

Jesus’ resurrection is specifically mentioned dozens of times in the New Testament, by almost every author. The one notable exception is the author of the letter we know as the Epistle of James, yet even there Jesus’ resurrection is probably behind phrases like “our glorious Lord Jesus Christ” (2:1).

This particular example from James points to the reality that even where Jesus’ resurrection is not explicitly mentioned in the New Testament, it’s almost always there in the background. It can be seen in language of Jesus and “glory,” Jesus as “Lord,” Jesus as “exalted,” or “at God’s right hand,” and more.

Jesus’ resurrection is also in all the earliest and universal creeds of Christianity. The informal Rule of Faith, the early Old Roman Creed, and the later Apostles’ and Nicene creeds, all have Jesus’ resurrection at the centre, often with the language of the very primitive Gospel Creed cited by Paul in I Corinthians 15:3-5, that Jesus “was raised on the third day.”

All this is to say that the resurrection of Jesus is pretty important to Christian faith and life.

Some New Testament accounts (Mark 16:1-8 and Matthew 28:1-10) give rather bare-bones descriptions of Jesus’ resurrection state, as if what had happened were little more than the resuscitation of a corpse. Others (including I Corinthians 15:35-53) view Jesus’ resurrection as still “bodily” in some way, yet with a “body” of a different kind than our present, earthly bodies. Some (like Acts 26:12-19) use “vision” language to describe Jesus’ post-resurrection appearances,  while others (Luke 24:36-43 and John 20:26-29) are sure to emphasize the real flesh-and-blood nature of their encounter with the risen Jesus.

But there’s more
There’s a fascinating statement in the conclusion to Matthew’s account of the resurrected Jesus. It’s often skipped over because we Christians are so eager to get to the Great Commission. The risen Jesus has gathered with the eleven remaining disciples, and there in Matthew 28:17 are these words: “When they saw him, they worshipped him; but some doubted.”

Some doubted. Even after everything they had witnessed, even with the resurrected Jesus standing in front of them, “some doubted,” we are told. To me, this only makes sense as an expression of doubt that the Jesus standing before them was truly who he said he was, that Jesus had truly been resurrected from the dead. Doubt like this, even among the remaining apostles!

All this suggests that however vital the resurrection of Jesus is to Christian faith and life, there is room among followers of Jesus for diverse understandings of Jesus’ resurrection, and even for those who doubt whether it really happened at all.

But why is Jesus’ resurrection so important?
Put another way, why do we need Jesus’ resurrection in Christian theology? What would we lose if we simply left off this particular belief? Would it have been such a big deal if Jesus’ story had just ended with his death?

Well, I wrote From Resurrection to New Creation: A First Journey in Christian Theology (Wipf and Stock, 2010) that you can check out. But I’d highlight these as the most significant reasons:

• First, Jesus’ resurrection is Jesus’ vindication by God. The powers-that-be had given their verdict on Jesus: guilty, and therefore to be shamed, cast out and executed on a cross. However, by raising Jesus from the dead God reverses that verdict: Jesus is declared righteous by God, he is glorified and worthy of all honour, he is brought to God’s right hand, and he is given true life untouched by sin and death.

This has a whole world of implications. That God has vindicated Jesus means that Jesus’ teaching is as Jesus claimed it to be: having the authority of God. It means Jesus’ way of life is as Jesus claimed it to be: evidence of God’s kingdom, the outworking of God’s good news for the world. It means Jesus’ death was not simply a horrific tragedy, the death of an innocent man; it is the very undoing of the ways of the world, the way of death, and so it is the epitome of God’s love and wisdom and power.

This was a world-changing belief for those early followers of Jesus, that the crucified Jesus of Nazareth had been raised from the dead by God. This is why we have the gospels, why we have the New Testament, why Jesus is more than just a historical footnote as yet another failed messiah—because these early Jesus-followers believed Jesus had appeared to them, resurrected and fully alive.

This also has several profound implications. Christianity, the way of Jesus, is not some kind of disembodied ideal, trying to renounce our human desires or deny our essential humanity. These things are given by God, and they are good—and this is affirmed not only by humanity’s creation but also by Jesus’ resurrection.

This means that salvation, then, is not some kind of disembodied ideal. Salvation is not about escaping our bodies, flying up and away from the world, and living eternally as spiritual beings up in heaven. Jesus’ resurrection affirms that God’s desire in salvation is to transform us and our world, restoring humanity and creation to God’s original intention, all things experiencing justice and peace and flourishing life, heaven come down to earth.

And the fact that God has raised Jesus from the dead means that all this—this whole grand sweep of salvation—has begun, and it is assured to one day reach its completion.

However, if you find yourself thinking of Jesus’ resurrection differently than others, or even if you’ve got your doubts about whether it really happened, there is plenty of room for you among the followers of Jesus—just like there was for those first disciples.

Michael Pahl is a biblical scholar with a heart for the church and a pastor with a passion for biblical theology. He is lead pastor of Morden (Man.) Mennonite Church. He blogs at michaelpahl.com, where this feature was posted on March 12, 2017, and at mordenmennonitechurch.com.

3. Michael Pahl writes, “[T]here is room among followers of Jesus for diverse understandings of Jesus’ resurrection, and even for those who doubt whether it really happened at all.” Do you agree? If the resurrection is the foundation of the Christian faith, is there room for doubt?

4. Pahl makes the statement, “By resurrecting Jesus in a body God affirms the essential goodness of our bodies.” Do you agree? What does the resurrection say about creation and our relationship to it? Do we sometimes think of salvation as a way of escaping our bodies? 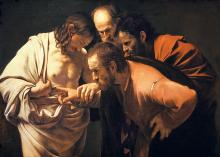 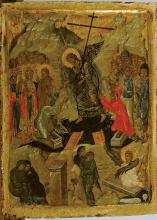 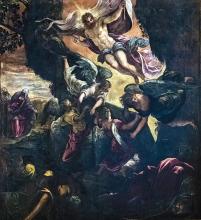 Give me a break! At times the author Michael Pahl may as well have been writing as Michael Palin. Case in point ‘For discussion’ #3. I get hot under the collar when you mess with essential doctrine. Followers of Jesus that doubt the Resurrection? I can almost see Catholics doubting as they stare at his body still on the cross. My prayer before going to sleep every night always ends with thanking God for the life, the death and the Resurrection of Jesus. In John 12:32 Jesus himself says: “...And I, when I am lifted up from the earth, will draw all people to myself.” I’m sure you’ve heard the statement, “Without the Resurrection, our faith is foolish.”

Hi Peter Sawatsky,
Without referencing Bible verses could you sum up what "our faith" means to you? For me, I have said in the past I have no need to deny the resurrection, although my faith does not depend on it. Furthermore, I have said if Jesus has indeed been resurrected why continue to re-live out this trauma and instead get on with it. That is as Menno Simons has written in 1599, "True Evangelical faith does not lie dormant. It clothes the naked. It feeds the hungry. It comforts the sorrowful. It shelters the destitute. It serves those that harm it. It binds up that which is wounded. It has become all things to all people."
Best regards, Myron Steinman

The Resurrection a trauma? The Resurrection represents joy, eternal joy, at least that’s what I’ve been taught since my earliest days of Sunday school. Is it actually the trauma of Jesus suffering and dying on the cross for you, Myron? Then in your words...get over it.

By the way, your second sentence I find utterly confusing, so no comment on it. And one more thing: what’s with the Menno Simons quotes? You lost me on the significance of our debate.