Trump reality spills over into Mennoland 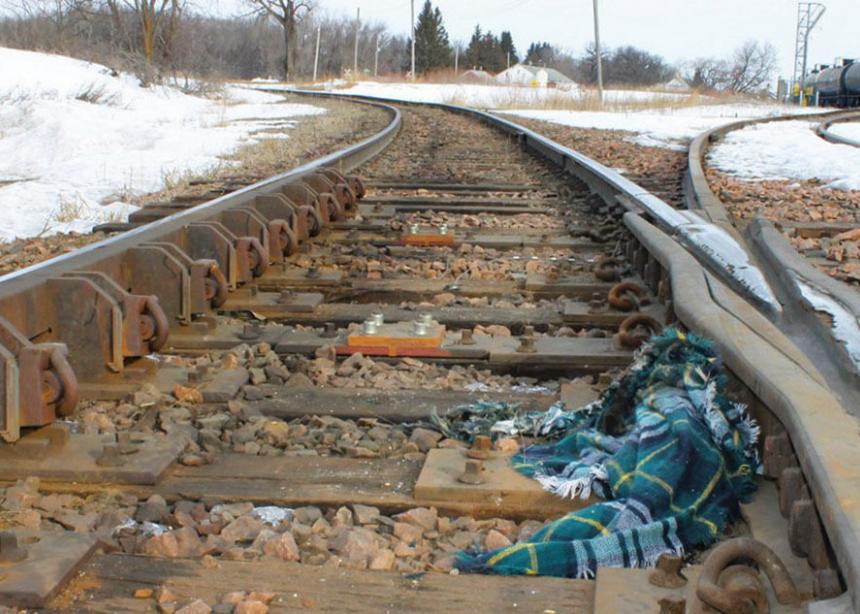 This year, more than 130 asylum seekers have walked across uncontrolled segments of the border into Manitoba. They come at night, braving the elements, often with kids. Mostly Muslim, they presumably fear Trump’s continued talk of mass deportations. They cross in the vicinity of Emerson, near the largely Mennonite towns of Altona and Gretna.

The phenomenon is not new, although the numbers are high this year, and the Trump factor ratchets up the symbolic significance. Major news outlets from across Canada and the U.S. have visited Emerson.

In most cases, people get dropped off near the border, walk across and then contact the RCMP, whose officers take them to the Emerson Customs station for processing, which can take many hours. They are then taken to Winnipeg by the Manitoba Interfaith Immigration Council.

According to law, they would be turned back if they attempted to cross by usual means, but are eligible to apply for refugee status if they end up inside Canada by other means.

Pastor Dan Kehler of Altona Mennonite Church says people in his congregation are watching the situation, but at present there is no obvious way to respond.

Two members of Pembina Mennonite Fellowship in Morden, an hour west of Emerson, met with the RCMP, the Emerson cafe owner and one of the leaders of the Somali community in Manitoba to explore possible ways to assist.

Jennifer DeGroot, the author’s wife, says her desire to respond is rooted in both a long-time concern for immigrants and a wish to counter the hostile sentiments Trump is fuelling. She and others in the area are looking into supplying care packages for asylum seekers.

Please go out and walk with them. I can not -- I'm in a wheelchair in Stratford, Ont. so can only walk with love.

I am glad to hear that the Mennonite people in Manitoba are responding to this situation with love and compassion, as opposed to the negativity I see in the comments about this subject in the news media. I am very disappointed with a local Conservative MP who is also a member of our faith, who wants these refugees stopped and deported back to the U.S.