Prairie Meadow Place is ‘a wonderful place’ for seniors 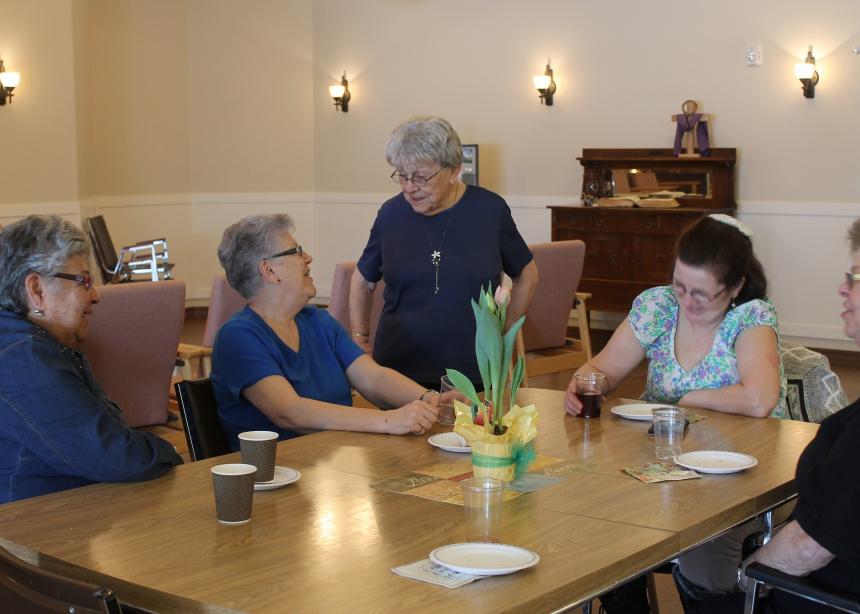 Dorine Russell sits in a comfortable armchair in her new room at Prairie Meadow Place, a cup of coffee by her side. “This is a wonderful place,” she says. “I love it here.” Russell moved to Rosthern, Sask., from Ontario a year ago to be near her daughter, who lives in Waldheim.

She’s one of 17 residents who moved into the new assisted-living facility from the old Home for the Aged in December 2015. When every room is occupied, the residence will be home to 20 seniors.

Prairie Meadow Place is a self-sustaining facility, explains board chair Art Klaassen, but it receives support from five local churches. Rosthern, Eigenheim, Tiefengrund and Horse Lake Mennonite, all part of Mennonite Church Saskatchewan, and Hague Mennonite, a former MC Saskatchewan congregation, provide about 10 percent of the facility’s funding, with the remaining 90 percent coming from residents’ fees.

The five churches were part of what was once called the Rosenort Group of Churches. In 1944, they realized a need for a seniors residence. I. P. Friesen donated his two-storey family home and the land on which it sat to be used for that purpose. In 1957, the Rosenort Home for the Aged changed its name to the Rosthern Mennonite Home for the Aged. The facility was expanded in 1959, ’65 and ’67. At one time, it housed 40 residents, but when healthcare reforms were introduced in the 1980s, the facility had to be renovated again, making larger suites for fewer residents.

Around 2008, plans were developed for a new facility, but the board lacked funds to make them a reality. In 2013, Aaron and Verna Friesen approached Klaassen and offered to fund the project with a $2 million donation. The Friesens, who are members of Eigenheim Mennonite, were planning to sell their farm and wanted to give something back to the community. This was a project they believed in. Additional funding came in the form of a $100,000 bequest from the Jake Loewen estate, and a mortgage from the Mennonite Foundation of Canada.

Construction began in the fall of 2013. Phase 1 was to consist of three floors on a full basement. The main floor would house the assisted living facility, while the upper two floors would contain 12 independent-living condominium units, which would be available for purchase.

Work is already underway on Phase 2 of the project, a wing off the south end of the building that will add another eight single- and four double-residence rooms to the existing structure, bringing the facility’s capacity to 36 residents.

The Friesens are also financing this second phase of construction, but with a loan to be repaid after one year. The board hopes to secure an additional loan from a financial institution to cover the costs. “In many ways we’re going on a wing and a prayer,” says Klaassen.

Residence director Pam Wieler is confident the rooms will eventually be filled and the facility will be able to sustain itself. “There is a great need for a place like this,” she says. 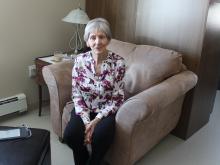 Some reflections as I read of the success of Prairie Meadow Place:
Ever since my 55 birthday, a year ago this month, I have been reflecting on senior living and income security. I have been noticing different magazine and internet articles that have caught my attention. I do not want to be institutionalized as a senior.

In my early 20s I thought about intentional community, but it didn't materialize for several reasons. Now as I reflect on my upcoming senior years, I think it may be the best option from where I can contribute to the world.

I work part-time along with my partner, and am collecting a disability income supplement and have no significant savings. Thanks, however, to Habitat for Humanity I will have some savings through housing equity by the time I reach 65 to contribute to a collective living arrangement.

Alternatives are needed for seniors, and I feel called to contribute to this dialogue (God willing). Seniors still have a lot to contribute to our society. They have one vote in our political system, for example, and could choose to think about the next generation more easily than those of us who are middle-aged perhaps.

That is my hope for me: That I will not be caught up in my own financial survival and health issues. That I will not be lonely as my peers move on. That I will be able to reflect and act on what I am still able to pass on to future generations. This is my challenge to myself and seniors everywhere.