(What can we learn from Peter’s vision?) 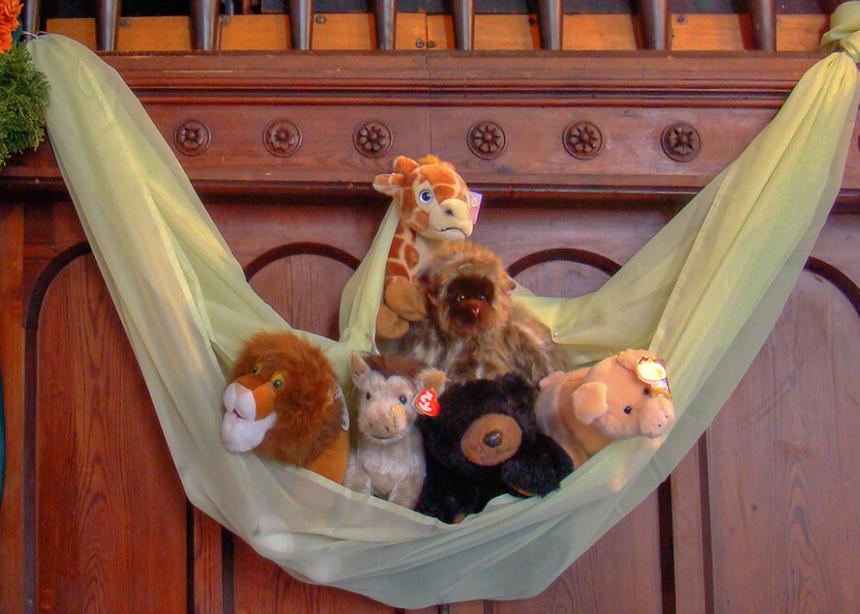 Everything was so good there. Almost every young person came forward for voluntary baptism. And that was celebrated! Of course, anyone who didn’t had to leave the community, lost their special status and might get relocated to Siberia, but no one talked about that. And there were some other problems—floggings delivered by the church elders, tax evasion, brutal treatment of the Russian peasant servants—but nobody talked about that either. Every day was like a summer day and every day was a like a Sunday.

On the surface, it wasn’t much different from the stories of the early church in Acts 2, where there was community and mutual care. Yes there were some troubles, but they worked with the Roman—or Russian—government and sorted things out.

Gentiles were trickling in already since Pentecost, and the early church was finding a way to include them, sort of, but all of a sudden in Acts 10 the issue is thrust in Peter’s face. He falls into a trance—maybe that state between being asleep and being awake, the place where God often speaks to us—and he has this vision of something like a sheet being lowered by its four corners.

On the sheet are animals of every kind, and a voice says, “Get up, Peter; kill and eat.” And Peter, recalling I am sure the commands in Leviticus 11 and Deuteronomy 14, and the faithful witness of Daniel, who declined the King’s food, responds to the voice and says, “By no means, Lord; for nothing profane or unclean has ever entered my mouth.”

Now after this, we think we should hear the words, “Well done, good and faithful servant.” But that is not what we hear. Instead, the voice of God comes a second time and says, “What God has made clean, you do not call profane.”

The vision comes a second and a third time, each time the same. But as visions often are, these are not literal commands, but parables. God wasn’t contradicting what he clearly stated in Leviticus and Deuteronomy, but God was using the unclean animals to make a point.

The point is, the people who at one time you would not associate with are now to receive the embrace of God through the sharing of the gospel. When the three messengers from Caesarea arrive, Peter gets the message, and they leave immediately for Cornelius’s house.

Someone’s knocking at our door

Is it now time for us to answer the knock at our door? Is this story encouraging us to reach over a divide that has been in the Christian church for a long time and embrace the lesbian/gay/bisexual/transgender (LGBTQ) community?

There are a number of things in the Old and New Testaments that we take as information, but don’t apply to our lives right now because they are culturally bound. Are we sure that the texts around same-sex attraction are completely exempt from that kind of scrutiny and we are to continue applying them just as they appear?

Have we thought that this whole matter just might fall under the category of disputable matters in Romans 14-15? Or, if we do continue to count it as sin, why pick on that one when we choose to forbear those who cannot stop with gossip, gluttony or greed, to name a few? I don’t mean to be offensive. I am just trying to find a way through this that is faithful and is gospel to everyone.

This is the third time the sheet has come down for us. The first was in Saskatoon 1986, when the General Conference Mennonite Church (a founding denomination of Mennonite Church Canada) passed its Resolution on Human Sexuality, which states, in part: “We understand the Bible to teach that sexual intercourse is reserved for a man and a woman united in marriage and that violation of this teaching is a sin. It is our understanding that this teaching also precludes premarital, extramarital and homosexual sexual activity.” In other words, “No God, nothing unclean. . . .”

The next was in Stratford, Ont., in 1998, when the Conference of Mennonites in Canada (MC Canada’s other founding denomination) reaffirmed the Saskatoon resolution and the 1995 Confession of Faith in a Mennonite Perspective. There again, discussion, pondering, praying, and again, “No God, nothing unclean. . . .”

This coming summer we will be back in Saskatoon and drawing MC Canada’s Being a Faithful Church process to a conclusion. It’s a huge document, with input from all over the country. What will we say? What is it all going to mean? Where is it all going to leave us? What will the future hold?

I don’t think we can just keep turning our backs on this one again and again. There is something here—something that is genuine, even if we find it very troubling.

Blogger Ann Voskamp posted “The five key questions to ask to get you out of any hard time—and change your life” last April. I think we can apply them here in a very helpful way.

1. What is our greatest fear?

If it is that we might lose control of our church, it is not ours to control. Is it that maybe some of our deep dark secrets will come out? Those secrets may have to be dealt with, and the harder you protest, the more people begin to wonder. For me, my greatest fear in all of this is that I will not do what God wants me to do.

2. What is our greatest motivator?

Is it love? For some it is, and it is obvious. For others, it is fear, It is a fear that the grace of God will run out on this issue and that there won’t be enough left for us to be included.

Jesus, the logos, the eternal Word of God, is truth. Without the Word, without Jesus, the world gets warped. Relationship with him shows us the answer to the next question.

God is love, according to I John 4:16. And because he is love, he gets to define love. Love is not always agreement with someone, but it is always sacrifice for someone. Love is always for us. God is always good and we are always loved. That defines everything.

In the Christian walk, success is faithfully showing up and being faithfully obedient. It is kneeling down to serve, going lower and decreasing ourselves, so that Christ is lifted higher and he alone increases.

‘I must repent to you’

During the Russian Revolution, Mennonite communities were 27 times the victims of Makhno marauders, communists and the White Army, who plundered and pillaged through their territory. Not a cow or horse was left, thousands were exiled and those remaining were near starvation.

There was a man named Wiens—not his real name—who had been a deacon in the church and quite a rigid man. He was legalistic and stern at home, and he beat his servants considerably when they didn’t work hard enough.

When the “apocalypse” came, his estate was destroyed. Some of his buildings were burned, his wife died at the end of a bayonet, and his daughter was raped. His sons were either killed or exiled to Siberia.

Wiens was alone, hiding in the riverbank, and his hunger was driving him to desperation. Then he remembered that in the back corner of the barn he had buried a sack of toasted zwieback buns and some salt pork.

He made his way along the hedgerow and crawled across the yard to the barn. Inside, he  began to walk across the barn floor, the hair on the back of his neck standing up. Step after step he took, thinking it might be his last.

He knelt down in the corner and began to dig in the straw, and all of a sudden the straw erupted and a man jumped up out of it. Wiens fell back in terror and cried aloud. But then he realized that it was one of his peasant servants.

Seeing Wiens, the servant cowered down in the straw in fear, bracing for a familiar beating because he was eating Wiens’s food.

In a frantic voice, Wiens grabbed hold of the servant and said, “I have served communion a thousand times. And I have spoken the words of Jesus, who said, ‘Remember me as you do this.’ But it has taken until this moment, kneeling here with you, to finally understand what those words really mean.

Then Wiens wept and said, “Now, I must repent to you. We are no longer servant and master, no longer slave and free, but we are brothers.”

And in the manure and mouldy straw, Wiens opened the corners of that sack, and there on the sheet were tokens of God’s grace and mercy. They broke the bread, prayed and ate together the body of Christ.

Bringing the kingdom to those who have been shut out

I hope you haven’t found this too upsetting. I know that we often want church to be a place where we can come away from tough jobs or hard life circumstances and just rest in God’s love. And we do need to do that from time to time. There are churches that offer sermons that are pretty much exclusively about personal piety.

But read the whole Book of Acts. The call of the church is not like that. It is to be in the struggle, right there along with Christ, breaking down walls and going places where angels fear to tread, bringing the kingdom to those who have been shut out.

I’m in process with all of this, too, and, like Peter, trying to be faithful. If this is all God’s leading, then heaven help us if we refuse it a third time.

Doug Klassen is pastor of Foothills Mennonite Church, Calgary, and chair of Mennonite Church Canada’s Faith and Life Committee. Abridged from a sermon he preached on May 3, 2015, using Acts 11:1-18 as his text.

4. How does God speak to the church today? Do you think the recommendations of the Being a Faithful Church Task Force show good discernment for the church (see page 14)? 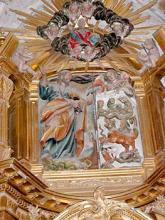 Thanks, Doug, for a clear biblical invitation to apply Peter's vision to our life together. I add my prayer to yours, indeed, heaven help us if we refuse a third time.
In faith,
Ed