An end to all kinds of wars 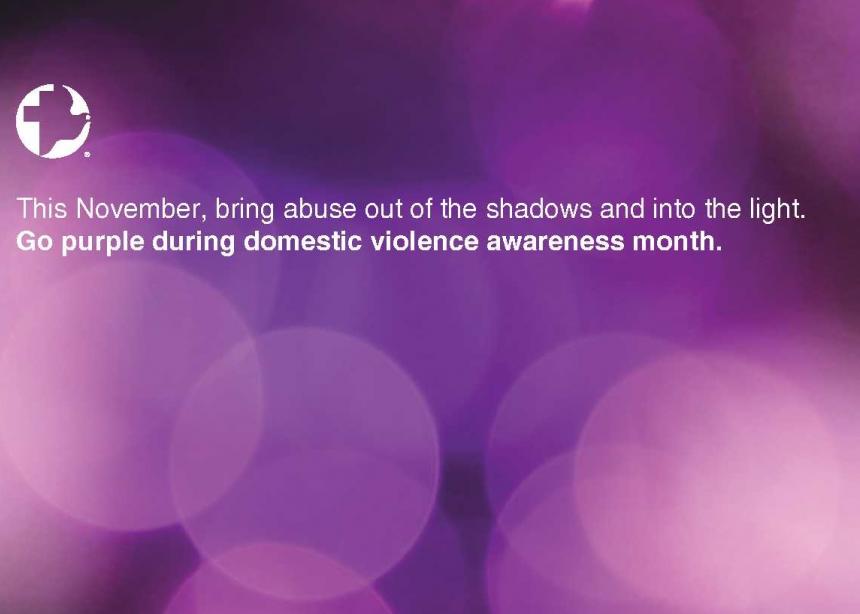 Now, this might seem a strange thing to bring up on Peace Sunday. After all, at this time of year, when our government and fellow-Canadians are pushing us to remember war as a tragic necessity of the past and present, we pacifist Christians, including Mennonites, renew our commitments to peace and nonviolence. We remember the military personnel, their families, and the many, many civilians, including children, who were and continue to be killed and wounded in war. We remember the destructiveness of war and the arms trade, which wastes vast resources which could be spent in life-giving, not death-dealing, ways. We remember exemplary peacemakers and conscientious objectors of the past, and try to be people of God’s peace, which will one day end all war.

All of these are important aspects of belonging to a historic peace church such as ours.

This alternative message of peace which we speak to a violent and warring world continues to be profoundly meaningful to me. I proudly wear my Mennonite Central Committee “To remember is to work for peace” button as I worship on Peace Sunday and throughout the week of Remembrance Day. I admire the courage of those who were conscientious objectors to war (and draft dodgers), and recently saw a beautiful plaque commemorating C.O.’s (rather than the usual war-memorial!) on the wall at Bethel Mennonite Church here in Winnipeg. I appreciate those who continue to conscientiously object to war by withholding a portion of their taxes and donating them to peace-work,[1] such as that of MCC or Christian Peacemaker Teams.[2]

But as my friend reminded us, literal war—nation-to-nation, military violence—while devastating, is not the only kind of violence we need to think about as peacemakers. There are other “wars” which also need to end.

Domestic violence, which is by and large violence against women and children, is something we as Mennonites have neglected until far too recently, because our attention was focused on resisting war.

In a way, this makes sense, especially since sexual and physical violence against women and children requires Mennonites to examine our own complicity in perpetrating or enabling this form of violence. With war, it’s easier for us to point the finger, to see ourselves as prophets, speaking out against others, “out there” who go to war for their country. But this sense of self-righteousness, that we’re unequivocally on the side of peace, quickly evaporates when we start to think about violence against women and children.

Mennonite-feminist theologian and pastor Carol Penner has written extensively about this very question. She talks about how “parts of our Mennonite peace theology tradition have not brought peace to women’s lives, but rather increased suffering,” in part because “women’s experience has not been an important source for written Mennonite theology.”

As a striking example, she mentions the copious Mennonite materials on peace as conscientious objection to war, which is actually an exclusively male experience. Meanwhile, violence against women, which directly affects many Mennonite women, has not historically been considered a peace issue or impacted our understanding of peace to the same extent.

“While the historical silence of the Mennonite church on the subject of abuse is not unique,” she concludes, “it is particularly ironic given that the theology of this historic peace church has wrestled with the importance of nonviolence in the Christian life.”[3] As a corrective, Penner broadens our Mennonite understanding of peace so that it can “hear” women’s particular experiences of suffering as part of our call to peacemaking. In her poignant words, “Some writers have characterized patriarchy as a ‘war against women.’ In the face of this violence, who will be the new conscientious objectors?”[4]

I signed up long ago to be a C.O. against the violence of patriarchy. Yet as a white male, I need to continue to sit at the feet of women like Carol and you to be reminded of how patriarchy isn’t dead, how white male privilege is alive and well, and to be challenged on what I need to do to be an active C.O. Thanks for sharing Susie.

Be careful with the suggestion that patriarchy is abuse. Anytime non-abuse is labelled as abuse it inevitably caused the rolling of the eyes, not at the absurd suggestion alone, but at accusations of abuse itself. And that's where it gets dangerous.

But in general, this article is exactly right. In walking through the abusive relationships of 2 friends of ours some years ago, we were told by a counselor that in her 30 years of experience she had a woman falsely accuse her husband of abuse exactly two times. TWO TIMES!!
And yet, both women faced the very real difficulty of a church leadership and individual members wanting to insist that somehow the "knew" the man involved and "he would never do that." In both cases, the leadership accepted the seriousness of the situation, but, as things dragged on (as they will in these situations) the alarm at what had happened lessened steadily until a come refrain was "Well she's not perfect either."
Incidentally, we were also told that "We're a Mennonite Church and Mennonite's don't do discipline." as if it were a good thing!

This isn't, I don't think, about white male privilege (as over-used a term if ever there was one) it is about sin and the church's willingness to address it. Far too often we call an issue "complicated" when really we mean "Yes, I know it's sin, but people won't like me (they might even kick me off the board) if I dare to deal with it directly."

So please, lets not get too fancy in our terminology, but simply commit to addressing sin in all it's forms within the church, and commit to disciplining, (yes, running people out of the church if it comes to that) anyone who remains in unrepentant sin.

I am the MCC Manitoba Abuse Response and Prevention Program Coordinator who is organizing the Purple Lights Campaign that your church friend spoke about. Thank you so much for connecting the dots between Mennonites as peacemakers in the world and in our own homes. For many years, during the month of November (Domestic Violence Awareness month in Manitoba), I wear two buttons; one which says, "Peace begins at home" and other one is MCC's "To remember is to work for peace". I believe that in order to have credibility on the world peacemaking stage, we need to end the violence in our homes, speak out against abuse and encourage relationships based on mutuality and equality.