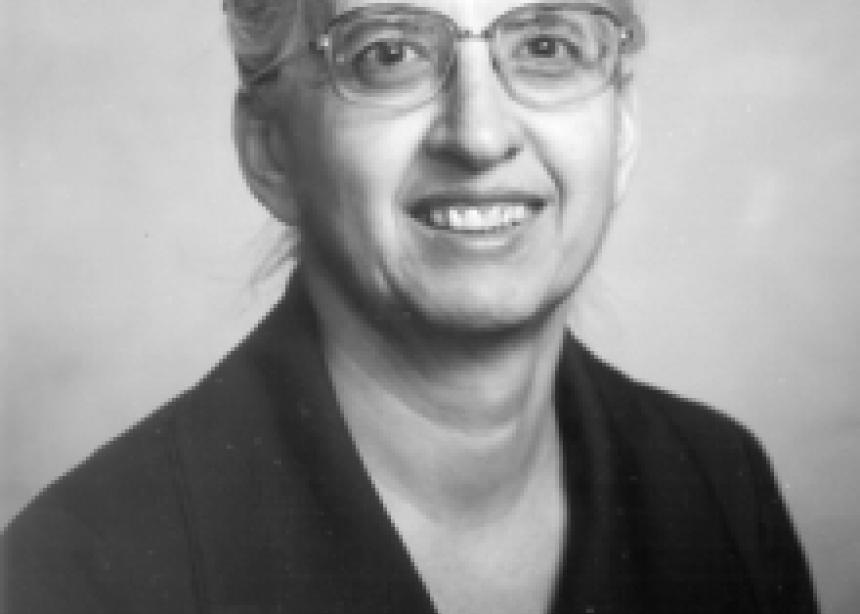 Lorraine Roth, a well-known Mennonite genealogist, passed away early on Wed. Dec. 11, 2013, at the age of 83. She grew up near Shakespeare, Ont., and spent her last years in Tavistock, Ont.

Lorraine was an outstanding woman for her time. She completed high school at Rockway Mennonite School at a time when that was unusual. She went on to graduate with a B.A. from Goshen College and served two terms with the Eastern Mennonite Board of Missions, working in Honduras from 1954 to 1962. She was an intrepid traveller and ventured to Europe a few times to do research there. She supported herself by working at the Provident Bookstore in Kitchener-Waterloo and as a secretary at Wilfrid Laurier University, all the while following her passion for Amish and Mennonite history.

Lorraine dedicated a big part of her life to researching Amish Mennonite families who migrated from Alsace to Waterloo Region in the 1820s, and her work has provided much valuable information for other historians. In 1969, Lorraine set sail for Europe, not knowing how she was going to support herself, but hoping that somehow she would be able to find information about her forebears. For the next year-and-a-half, as well as doing secretarial work for the Mennonite Board of Missions and Mennonite Central Committee, she did grassroots research on Amish Mennonite families.

When she returned to Waterloo Region, she continued her genealogical research, meticulously going through census records, municipal records and registry records. She taught herself to read German script so she could read letters and other written documents. Over the years she continued this research with the same perseverance and attention to detail.

Lorraine wrote genealogies of the four branches of her own family (Roth, Brenneman, Schwartzentruber and Oesch), and soon other people were asking for assistance in compiling genealogies. In her lifetime, she compiled 25 different genealogies and assisted with another 15 or 20.

In 1972 when the Amish Mennonites were celebrating their sesquicentennial, Lorraine wrote the historical background for the souvenir booklet. At the time, early records of the township were scarce, but in 1986 more information came to light when the University of Toronto was moving its archival collection. Lorraine was excited to find new documents to comb through, and in 1998 she published The Amish and Their Neighbours: The German Block, Wilmot Township, 1822-1860.

Over the years, Lorraine has served on the historical committees of the former Western Ontario (Amish) Mennonite Conference, Mennonite Conference of Eastern Canada, and the Mennonite Church. She served on the board of the Mennonite Historical Society of Ontario for many years and also made a significant contribution to its newsletter. When the Women’s Missionary and Service Commission was looking for someone to feature the achievements of the past, they turned to Lorraine, and her book, Willing Service: Stories of Ontario Mennonite Women was published in 1992.

In 2010, the Mennonite Historical Society of Canada honoured Lorraine with the Award of Excellence for her many years of dedicated service to preserving and making available to others the history of Amish and Mennonite families in Ontario.

As her health declined, Lorraine decided to give up her large collection of research files, and on Nov. 21, 2012, the 21 boxes were moved to the Mennonite Archives of Ontario at Conrad Grebel University College in Waterloo. Because a new facility for the archives is presently under construction, the collection will not be open to the public until the spring of 2014. The new facility will also include the Lorraine Roth Archives Reading Room to honour this amazing pioneer of Amish and Mennonite historical research. 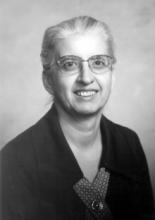 What a lovely tribute to a wonderful woman! Lorraine assisted our committee for a Reschley Reunion that was held in Milverton in July of 2003. Her research and help with this reunion was very much appreciated by all! Thanks for sharing this story Barb!

Thank you for this lovely tribute to my Aunt Lorraine. It is very much appreciated by the family.

I have Lorraine's 1965 publication which includes my branch of the Oesch family from Allen County, Indiana. She was an amazing woman, who appears to be ahead of her time. Her research skills must run in the family, as I worked in business research and analysis for 35 years. She leaves a legacy of kindness, a role model, and historical documents.