Saskatoon, Sask.— Charlie Clark was elected as this city’s mayor-elect after a hard-fought election, with 41 percent of the vote compared to his main opponent, Don Atchison, who got 37 percent. Despite being behind the polls throughout the campaign and trailing two of his three opponents in the final polls leading up to the election, Clark mentioned moments when the team around him pushed harder to ramp up support, according to CBC News. Clark, a member of Osler Mennonite Church, had been a councillor for Ward 6 in the city for 10 years. He will experience another “first,” according to his father-in-law, Jake Buhler, by having six women out of 10 on city council. In a Canadian Mennonite Nov. 2014 feature, “Seeking the Welfare of the City,” Clark said his exposure to Anabaptism has influenced his role in political decision-making, maintaining the belief that the “best solutions emerge from bringing people of different worldviews and backgrounds together around a problem to develop a path forward.”—Dick Benner 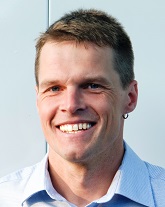