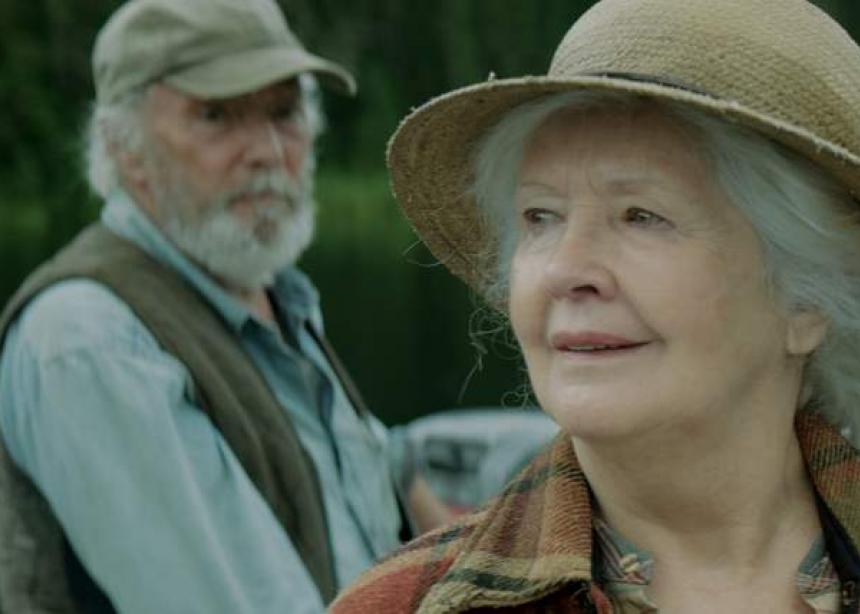 15. The Souvenir - This intelligent and unique British drama from Joanna Hogg, telling the story of a young woman’s relationships, and her efforts to become a filmmaker, in the 1980s, is brilliantly acted by Honor Swinton Byrne, Tom Burke and Tilda Swinton.

14. The Two Popes - Jonathan Pryce and Anthony Hopkins are terrific in Fernando Meirelles’s drama about conversations that took place between the last two popes in 2012. Full of insight, humour, wisdom and thought-provoking dialogue, I was riveted from start to finish.

13. The Song of Names - In this underrated film by French-Canadian director Francois Girard, Tim Roth and Clive Owen star as Martin and Dovidl, two childhood friends growing up together in London during WWII whose lives take a dramatic turn when Dovidl, a master violinist, disappears. Many years later, Martin discovers a clue to his friend’s whereabouts. A flawed but deeply moving, haunting and beautiful film about the power of music.

12. The Last Black Man in San Francisco - This gorgeous, quirky film from Joe Talbot quietly tells a story about family and community in San Francisco. When the beautiful house Jimmy Fails (played by Jimmy Fails) grew up in goes up for sale, he and his best friend, Mont (Jonathan Majors), decide to move in—without buying it. Fails and Majors are fairly new to the big screen, but they make it look easy.

11. Transit - Christian Petzold’s wonderfully complex, intense, atmospheric and unusual drama is set in an alternative European present. Franz Rogowski stars as a man who impersonates a dead writer in order to flee a fascist France. Paula Beer plays the dead man’s wife. Both characters are well-drawn and the actors utterly convincing.

10. Happy New Year, Colin Burstead - Written and directed by Ben Wheatley, this small, under-appreciated British film is beautifully structured, telling its story about a dysfunctional extended family at a New Year’s Eve party almost in real time. The great ensemble cast that makes this film special includes Neil Maskell as the host, Hayley Squires as his sister and Sam Riley as the problematic brother.

9. Knives Out - An absolutely delightful old-fashioned whodunit with a terrific performance by Daniel Craig as the mysterious detective who tries to solve a very unusual crime. Craig is joined by a wonderful ensemble cast, highlighted by Christopher Plummer as the victim and Ana de Armas as his nurse, who can tell no lies. Intelligent and compelling, Rian Johnson’s film even includes some very relevant social commentary.

8. Little Women - Greta Gerwig has done it again, this time adapting and directing a gorgeous and brilliantly-restructured version of the classic story. The filmmaking is a perfect blend of the old and the new and the acting is terrific by all concerned (Saoirse Ronan, Florence Pugh, Emma Watson, Timothée Chalamet, Chris Cooper and Meryl Streep). Joyful, passionate and wise, this old-fashioned masterpiece is a rare treat from Hollywood.

7. The Lighthouse - This dark psychological drama, directed by Robert Eggers, is the most intense, immersive and overwhelming film-watching event of the year—maybe the decade. Willem Dafoe and Robert Pattinson are sublime as lighthouse keepers stranded by bad weather on a tiny island off the coast of Maine in the 1890s. The stunning black and white cinematography and powerful score help to create a haunting work of cinematic art.

6. Portrait of a Lady on Fire - A precise work of art that is about a work of art and about the power of art, this French film from Céline Sciamma is a beautiful, slow-moving period romance (the latter two are not usually a favourite genre). Strong character-development, a highly-intelligent screenplay, perfect sexual tension and great acting from the two women involved (Noémie Merlant and Adèle Haenel) makes it work for me.

5. A Beautiful Day in the Neighborhood - Marielle Heller uses Fred Rogers (played wonderfully by Tom Hanks) to tell the story of Lloyd Vogel (Matthew Rhys), a journalist assigned to write an article on Rogers in 1998. The scenes involving these two characters (and the relationship between them) are profound and brilliantly-handled. Chris Cooper is excellent as Lloyd’s father.

4. Never Look Away - In 2006, Florian Henckel von Donnersmarck made one of my all-time favourite films: The Lives of Others. Now he returns with a three-hour masterpiece about Kurt, a young painter whose beloved aunt is a victim of the Nazi gas chambers. Unknowingly, Kurt (Tom Schilling) falls in love with Ellie (Paula Beer), the daughter of the doctor responsible. Intense, perfectly-paced, gorgeously-filmed drama with lots to think about and an outstanding performance by Sebastian Koch as the doctor.

3. Ad Astra - Despite its glorious cinematography, James Gray’s grand space adventure is more about the internal struggles of its protagonist (played perfectly by Brad Pitt) than about space. The result is a deeply moving and thoughtful drama that happens to take place in space. Tommy Lee Jones provides excellent support as the protagonist’s father.

2. A Hidden Life - Terrence Malick has created another masterpiece of cinematic poetry. It’s not as well-made as The Tree of Life (2011), but the subject matter—the true story of an Austrian conscientious objector in the Second World War—hits close to home for me, with lots of thought-provoking theological and philosophical reflections. The cinematography, as usual, is gorgeous (and full of Austrian mountains!), the score is terrific and the acting by August Diehl and Valerie Pachner (with a cameo by Bruno Ganz) is spot-on.

1. And the Birds Rained Down - My favourite film of the 2019 Edmonton International Film Festival is my favourite film of the year. Written and directed by Louise Archambault, this French-Canadian film, set in the woods north of Montreal, is a profound, stunningly beautiful film about life, love, art, aging, friendship, memory and healing, with sublime performances by the older members of the cast: Andrée Lachapelle, Rémy Girard and Gilbert Sicotte.

Vic Thiessen lives in St. Stephen, New Brunswick. He blogs at thiessenbros.blogspot.com, where a longer version of this post first appeared.