Forgive us our sins 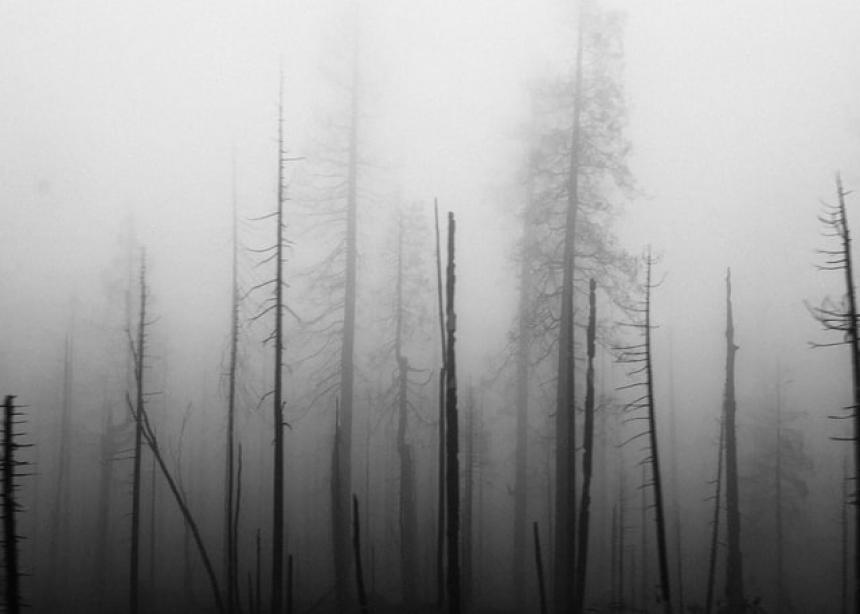 Last year at the beginning of Lent I decided that rather than giving something up, I was going to take something on. I would read Fleming Rutledge’s The Crucifixion: Understanding the Death of Jesus Christ. What better way to journey toward Good Friday than by immersing myself in a serious theological reflection on the cross of Christ? I made it just over a 100 pages. I wish I could say I had a good reason for quitting, but I don’t really have one. I suppose I could blame COVID’s arrival in Lent 2020 and the way it colonized most of my mental bandwidth, but mostly it was just a combination of distractibility, apathy and preoccupation with other (lesser) things. What can I say? The truth isn’t always flattering.

So, let’s try this again, shall we? Lent 2021 is upon us and I’ve picked up Rutledge’s book where I left off. I gave up last year, it seems, in a chapter with the ominous title, “The Gravity of Sin.” The section I began with today had the subheading: “Sentimentality: The Sacrifice of Fools.” In it, Rutledge argues that we need an understanding of ourselves as people who both commit sins (small ‘s’) and who are enslaved by the power of Sin (big ‘s’). Much as we like to think that we’re basically decent people who just need a bit of self-help or inspirational religion or sensitivity training or an unconscious bias workshop, things are actually a lot worse than we like to imagine.

And by “things,” Rutledge means, well, “us.” We don’t do the good things that we ought to do and we do the bad things that we ought not to do. We set aside edifying Lenten reading projects to watch garbage on Netflix, for example. And we do these sorts of things (and far worse) with remarkable consistency. According to Rutledge, the cross is, among other things, a sober diagnosis of the human condition:

There is something sickening in human nature, and it corresponds precisely to the sickening aspects of crucifixion. The hideousness of crucifixion summons us to put away sentimentality and face up to the ugliness that lies just under the surface. The scandal, the outrage of the cross, is commensurate with the offense and the ubiquity of sin…

Sin is the colossal X-factor in human life.

I think Rutledge is spot on here. Several decades spent observing other human beings and living with myself have yielded a rather low anthropology. I don’t need much convincing that sin and Sin are both painfully real and universal. And so, after reading the passage above, I sat down intending to write a blog post about how we need to recover a robust concept of sin, in our churches and in our broader culture. After thinking about this for approximately 20 seconds, it occurred to me that this would be a waste of my time (and yours). This is because, a) I have already written many posts about this in the past (see here and here, for example); and, b) because we actually don’t need to recover a concept of sin in our culture at all. Sin is alive and kicking.

Anyone who spends any time on social media or reading the news of the day knows full well that to do these things is to drink from a veritable fire-hydrant of sin talk. Condemnation of sin pours forth daily from these sources, whether it’s directed at sins related to race, sexuality, gender identity, failure to adhere to COVID rules, embracing the wrong politics or social causes, or failing in some other way to think rightly and sufficiently about the right issues with the right combination of guilt and sensitivity and outrage and commitment to “do better” or “be better” and publicly brand ourselves as appropriately moral citizens.

No, we have not even remotely abandoned the concept of sin. We may not use “sin” language explicitly. And we are certainly quite selective in how, when and to whom we apply it. And we might shrink in horror at the suggestion that what we’re doing is in any way “religious.” All of these things may be (and I think are) true. But however poorly and inconsistently we think about sin, we quite clearly believe that it is objectively real and that it deserves judgment.

Many people have noted that our present cultural obsession with calling out sin and cancelling sinners is the sort of thing that could only occur in a culture formed by a Christian ethic. Our categories are more theological than we realize. We require repentance and penance almost endlessly. Sins—whether the ones that are committed personally or the ones that sinners are complicit in by virtue of their social location—demand atonement. These things are very clear to us even if, again, they are very selectively applied.

But the one thing that is rarely offered, the one crucial piece of the Christian framework that we have mostly left behind, is absolution. We do not know how to forgive or who could finally pronounce such a thing. We don’t know what we would do with ourselves or others if we let go of our sins. How would we remind ourselves of our own righteousness if we were deprived of the weapon of condemning others?

If we’re honest, absolution is the sort of thing that we want for ourselves but not for our enemies. We’d like to see all the stupid, wicked people who think and do the things that make our blood boil wriggle on the end of the hook. Their sins are different from ours. They don’t deserve to be absolved of anything. Our sin is different. Our sins have a story behind them and usually it’s one that exonerates us in the telling.

A few Sundays ago, I spoke these words after a prayer of confession during worship:

It felt good to be able to say these words to a group of sinners. It felt good to hear them as a sinner. It felt so good to be reminded of the life-giving truth that sin, while real and painful and destructive, is not the whole story. Sin is real and it requires a reckoning. We need words like repentance and atonement and penance. But we must never forget about absolution. God, how we need it. God how we need the hope that sins can be forgiven and that we can be at peace.

Ryan Dueck is the pastor of Lethbridge Mennonite Church in Lethbridge, Alta. He blogs at ryandueck.com, where this post originally appeared.

More articles by Ryan Dueck:
The practice of writing
On staying safe
Why appreciate a pastor? 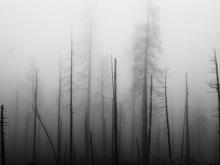