Practising restorative justice in a nightgown 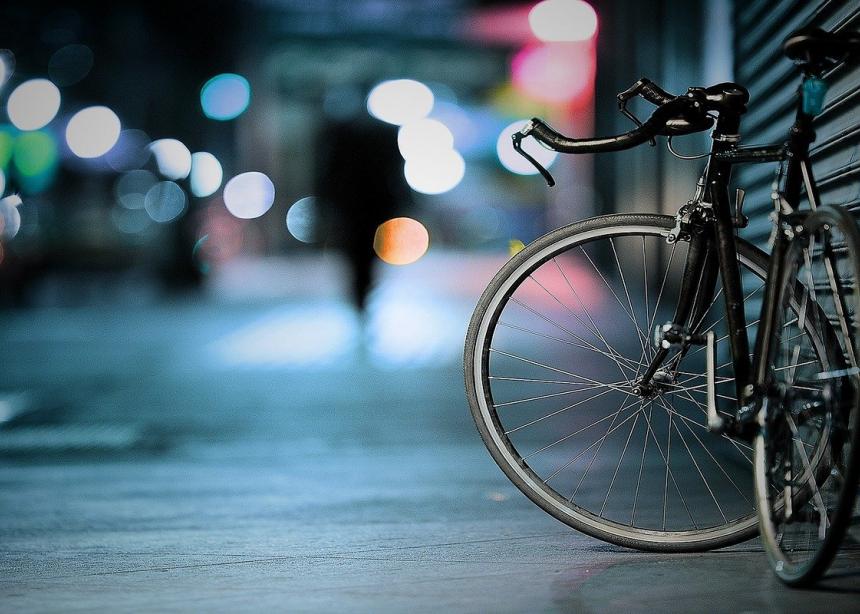 My wife and I live in a triplex in the Montréal borough of Hochelaga, in the eastern part of the island. One of our sons, who does not live with us, usually leaves his bicycle, as well as his son’s smaller one, locked to our front porch when they visit us.

The other night, it was around 2 a.m. when we heard footsteps coming from the outside staircase (so typical of the Montréal architecture). I quickly got up, and without getting dressed, I half-opened the front door to have a glimpse at whatever was happening outside. I saw a man who seemed to be stealing my son’s bicycle. Since I was not dressed, I decided to go back inside and get dressed.

The delay was salutary as it prevented me from doing something unwise. People close to me know that I’m the kind of guy who does not back off, but I know from 40 years of Christian life and teachings that a peaceful resolution is always the best option.

Once dressed, but without having made up my mind on the appropriate course of action, I suddenly realized my wife was already outside, only wearing her nightgown, barefoot on the sidewalk. She was calmly explaining to the man holding the bike that this is her son’s bike and that her son enjoys riding his bike with his own son when they come to visit the area.

After a while, she came back inside the house, telling me that the man was inebriated and had argued that it wasn’t our son’s bicycle he was holding. Since I wanted to avoid a confrontation, I resisted the idea of running after him, thinking that I would better leave God to deal with the situation. After all, it’s just a bunch of scrap and rubber, I reflected.

Very early the next day, I was leaving for work when I saw my son climbing the stairs with the same bicycle in his hands. The man my wife encountered the night before must have brought the bicycle back to our house. I also found out that he had hidden it behind the garbage cart under the staircase, probably to prevent it from being stolen again!

Had the burglar’s conscience been accusing him? Had he been moved by the fact that his crime would ruin a boy’s ride with his father? Or had he been afraid of getting caught eventually? In any case, our son had retrieved his bicycle.

We were grateful to God, not just for recovering the bike, but because my wife’s gentle but frank response had prevented a confrontation, including my own aggressive instinct. As naïve – and even reckless – as her intervention seemed to me in the moment, it likely brought the burglar to some sort of repentance and turned out to be restoring a man’s crime through peaceful ways.

This event reminded me of Paul’s call in Romans 12:17-21 to respond to evil with goodness and to trust God’s justice and love instead of our own. In the end, justice was done to us materially, but most importantly, a man might have taken a step toward the justice of God.

We need more examples of peaceful resistance to violence just like my wife exemplified when intervening without coercion.

Around the world, Mennonite Central Committee supports numerous development and peacebuilding programs where conflicts have left their mark on society. Many local initiatives offer conflict resolution training and peacebuilding strategies among people with war trauma.

In Québec and throughout the rest of Canada, MCC invests in restorative justice organizations that, among other things, work with inmates and parolees to help them reintegrate into society and take responsibility for their actions.

It is proven that restorative justice provides better stability and peace to our communities. It all starts with our own reaction when we face injustice or violence in our daily life—or in the middle of the night, in a nightgown!