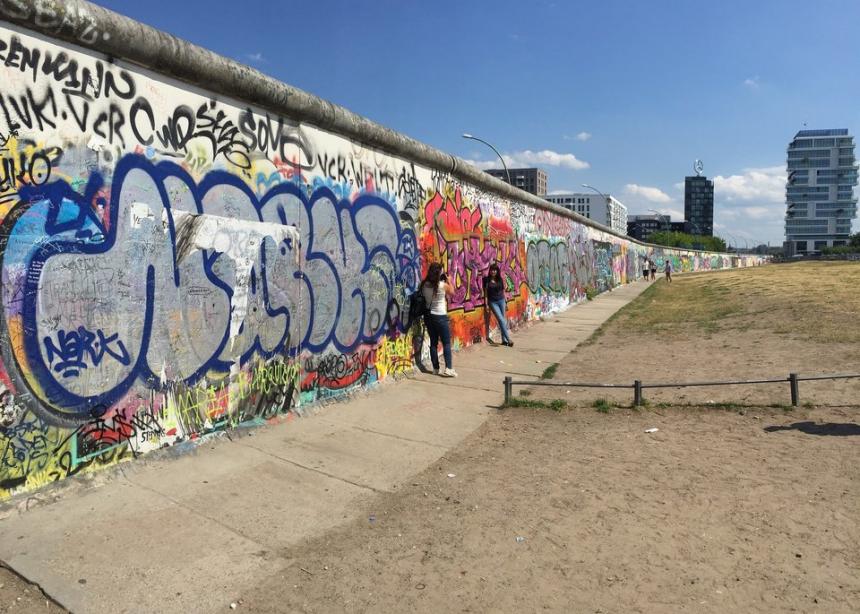 On Nov. 9, 1989, I held on to my mother’s hand as hard as I could as we pushed through the crowds on the dark streets of Bonn, the capital of Germany at the time. At one point we were pressed against one of the storefront windows as too many people were making their way through the pedestrian shopping streets to get to the market square in the city centre.

Upon hearing the news of the fall of the Berlin Wall, my parents, in the spur of the moment, decided to pack the whole family into the car and drive into the city to join the crowds who had gathered to celebrate this moment.

As a student, 12 years later, I took a semester off to live in Berlin. I worked at a coffee shop at the Pariser Platz, right across from the Brandenburg Gate, the place where thousands of people were celebrating on and around the wall on that night in 1989. I often thought about German reunification during that time. It is hard not to when you are in that place. Images of people climbing onto the wall with the Brandenburg Gate in the backdrop were seen around the world as news of the crumbling of the DDR (German Democratic Republic) spread.

Thirty years after the fall of the wall, the world is a very different place. German reunification marked the end of an era, the end of the Cold War. In the early 1990s, the world encountered a period of hope, envisioning a turning point in history, where finally the international community was hopeful to explore cooperation and creating a fairer and more just world. A new and peaceful era was thought to begin. So, the question I ponder is, do we live in a more peaceful world today?

The answer is of course not a simple one. The 1990s concluded a century of extremes—two world wars, globalization and massive population growth, just to name a few. It was an extraordinary century in many respects. In 2005, in his book The Moral Imagination: The Art and Soul of Building Peace, John Paul Lederach summarized the 20th century as follows:

We have traversed a century filled with extraordinary changes, one that has left us even greater challenges. Through numerous decades, expectations were raised, then dashed, that we were finding our way toward a world defined less by our divisions than by our cooperation, more by our ability to meet fundamental human needs than by the outright denigration of human dignity and rights. If nothing else, the twentieth century created within us a keener understanding that humanity has the potential for constructive change within our political, economic, and technological reach and, an equal dose of realism, that we have fallen short and shown ourselves incapable of realizing our potential.

Are we truly incapable of coming together and creating a peaceful and just world? In 2019, the world often does not seem to be a more peaceful place, even to those of us who live in Canada, who are far removed from war and armed conflict. A look at the trends of armed conflicts since World War II helps us to put our times into perspective. In June 2019, the University of Oslo published a report that captures the trends of the number or wars, armed conflicts, and people killed in conflict.

These trends paint a concerning picture. While the first 15 years of this century were peaceful in comparison to other periods, and the number of wars today is lower than 10 years ago, the number of active conflicts is at an all-time high since the Second World War, with six wars and 46 minor conflicts “in which at least 25 people are killed in battle-related circumstances.”

In September of this year, UNICEF reported that one in five babies worldwide spends their “earliest moments in communities affected by the chaos of conflict, often in deeply unsafe, and highly stressful environments.” In 2018, an estimated 29 million babies were born into conflict.

[I]f we are to survive as a global community, we must understand the imperative nature of giving birth and space to the moral in human affairs. We must face the fact that much of our current system of responding to deadly local and international conflict is incapable of overcoming cycles of violent patterns precisely because our imagination has been corralled and shackled by the very parameters and sources that create and perpetrate violence. Our challenge is how to invoke, set free, and sustain innovative responses to the roots of violence while rising above it.

In the early chapters of The Moral Imagination, Lederach points to examples of people who found themselves in the worst types of conditions to have found exactly that imagination and innovation. MCC consistently witnesses inspirational innovation and creativity in working with our partners world-wide. It is grassroots, local level community building and activism that give us hope and a glimpse at a more peaceful world.

There are many opportunities and ways to get involved, and it takes all of us to come together. Remembering the optimism for peace following the fall of the Berlin Wall, we must embrace and own that we, in our own context and spheres of influence, have the power to move into an era of peace.

Leona Lortie is the public engagement and advocacy coordinator for MCC's Ottawa office. This post originally appeared on the MCC Ottawa Office Notebook. 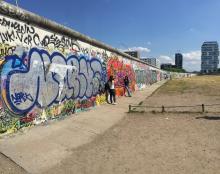