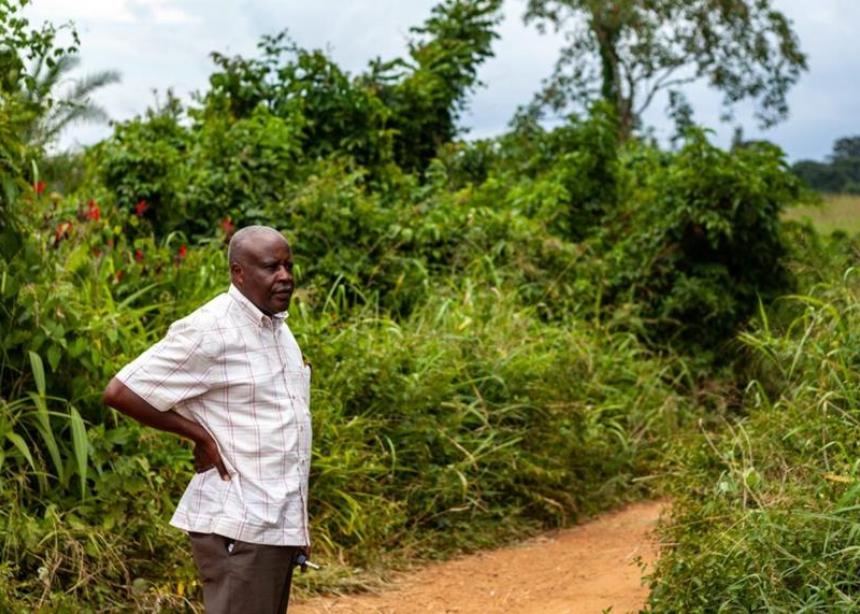 Over the past year, the COVID-19 pandemic crippled the strongest economies around the world and caused countries to flounder. Yet, for many countries, hope is around the corner, and governments are vaccinating their populations at historic rates. Dates for opening cities and ending mask mandates have moved up swiftly. Once most are vaccinated, surely we can go back to normal and forget this past year.

But the story of Christ proclaims, “Wait! There’s no moving on too quickly. What about all the vulnerabilities that COVID-19 revealed? What about the inequality shown between those who have and those who have not?” Normal government politics and partisanship do not take time to stop and ask questions of lament. Yet throughout the gospels, though offering ultimate hope, we see Jesus lament. Jesus laments over Jerusalem (Matthew 23:37), over the death of Lazarus (John 11:32-38), in Gethsemane (Matthew 26:36-38), and from the cross (Matthew 27:46). Lament is an invitation to see reality through the eyes of the most vulnerable, and to name and admit what is broken.

In this historical moment, only through the practice of lament can we imagine a new and better future. More than a personal spiritual practice, lament has potent political implications in three ways: connecting us to the oppressed, telling the truth to governments, and transcending partisan political borders.

First, lament leads us into solidarity with the oppressed. Through my work in East Africa, I learned this from Maggy Barankitse in Burundi. One day in 1993, ethnic violence struck the community where Maggy worked as a church secretary. Maggy managed to rescue many children from death that day. Later she buried almost one hundred people who were massacred. She sheltered, fed and kept alive the children whom she rescued. This was the birth of Maison Shalom (House of Peace), an organization Maggy founded that created schools, health care and justice programs for the children and community. But these programs are not what Maggy first shows the many visitors from around the world. Instead, she takes them to the gravesite where she buried so many in 1993. Maggy’s work for hope is never disconnected from the story of pain and suffering.

Second, far from moving us away from activism, the practice of lament leads us into deeper political engagement. In 2015, political unrest, violence and an attempted coup displaced hundreds of thousands of Burundians. Maggy, rooted in the cries of the victims, spoke out against the government. As a result of her protests and criticisms, the Burundian government exiled Maggy, shut down her organization and targeted her children. As a result of her lament, the government deemed Maggy’s message as potent and dangerous. While the politics of the government has led to the exploitation of the poor and military might to secure its legitimacy, Maggy shows us a politics of truth grounded in lament.

Thirdly, lament transcends political borders. In the months after the September 11, 2001 attacks on the World Trade Center and Pentagon in the U.S., a small group of family members of those killed in the attacks connected with each other after reading each other’s pleas for peaceful responses to the attacks. Soon after, still deep in grief, a group of them traveled to Afghanistan to hear stories about the high numbers of civilian casualties in the wake of U.S. military action. There they acknowledged their common experience with all people affected by violence. This visit of lament, of standing with others in shared pain, eventually led to the founding of Peaceful Tomorrows. Twenty years later, these families of September 11 victims continue to transform grief into actions for peace, campaigning to end war and its tragic legacies at all stages of political engagement. Their practice of lament led them to transcend the cycles of violence and cross borders in the name of peace.

Ultimately, the practice of lament leads us into deep solidarity with those who grieve, those who are oppressed and those in the margins. The advocacy of Maggy, Peaceful Tomorrows, and the global church is not simply about compassion. It is decisively political in that it challenges the world’s politics of greed and self-seeking power. Lament seeks not only political reform, but to give politics a new heart and spirit, challenging the way things are. It leads us deeply into God’s vision to reconcile all things.

Emmanuel Katongole is Professor of Theology and Peace Studies at Notre Dame University, on the faculty of the Kroc Institute for International Peace Studies. His books include Born from Lament: The Theology and Politics of Hope in Africa and The Sacrifice of Africa: A Political Theology for Africa. Katongole is founding co-director of the Duke Center for Reconciliation. He is a Catholic priest of Kampala Archdiocese, Uganda, where he was ordained in 1987. This reflection originally appeared at mccottawaoffice.wordpress.com.