Oblivious on the ice 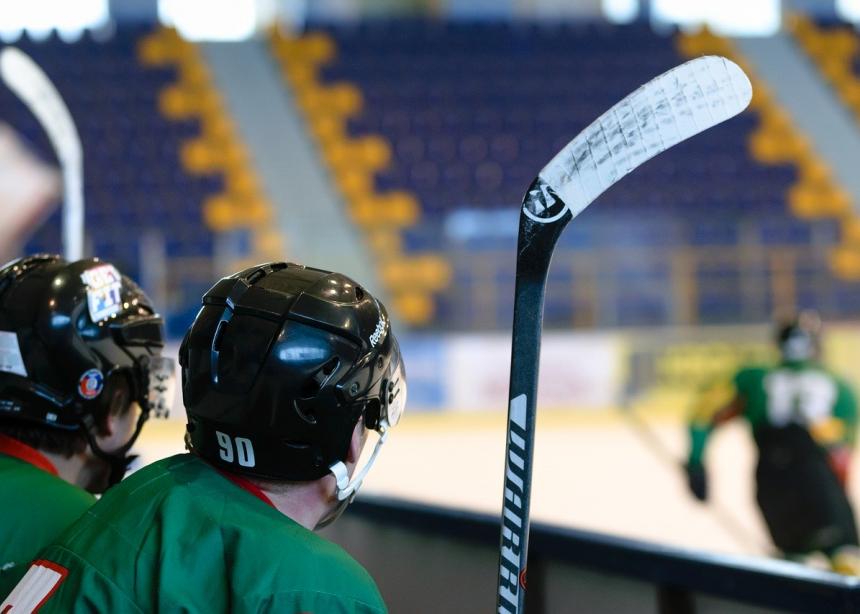 'Tis a New Year. We have laid the old year to rest, with some regrets, but with a feeling that there was more to celebrate than there was to wish away. I basically don’t make New Year’s resolution​s. Either I am too lazy to make them, or maybe realize that I won’t keep them anyway. But, based on my experience a few weeks ago, I am pondering the need for some remedial social awareness. I have never really followed youth culture, and need to confess that I am totally out of touch with the realities of that world—technologically and musically. Can someone my age really change? Should someone my age make any resolutions at all?

My burning light moment of “out of touch-ness” happened several weeks ago. I confess that I had no clue. Maybe it’s my age. Maybe I just got stuck in the past. Maybe I’m just oblivious to the contemporary scene.

I had no clue who I was playing hockey with.

Our son Mark invited us over for a visit in Kitchener. We wanted to catch up on the trip Rachel and Mark had just returned from—a trip to Europe to visit their daughter Lorena, who is studying in France. Mark specifically invited us for a Monday visit. Mondays is when he plays hockey with a bunch of other clergy—an ecumenical group of hockey enthusiasts. They play in Tavistock, Ont., and Mark invited me to play with them.

I soon realized that I was by far the oldest one there—most retired clergy know when to hang up their skates. I was warmly welcomed anyway. Coming to the arena, I noticed a big black vehicle and several people in official-looking uniforms—maybe guards of some kind. I paid no attention. The camaraderie in the dressing room was welcoming. These clergy though were mostly quite young. What was I doing there? One of these young clergy was quite exuberant. He was in the far corner. At one point, he even started singing. I liked the spunk these soon-to-be teammates on the ice showed.

We warmed up on the ice. Then I was told that they always start each game with a prayer. Maybe clergymen also need to remind themselves that they should not get overly competitive. The young man who had started singing in the dressing room now launched out in a loud, enthusiastic prayer.

These young clergy were way faster than me. It turned out that I was on the same team as the enthusiastic “singer/pray-er.” He was actually a rather good hockey player. He scored a few goals. I didn't.

The game finished. Mark and I headed back to Kitchener, chatting happily, feeling good about the physical exertion just expended.

Later, I got an email from Mark.

My only consolation in not recognizing Justin Bieber was that Mark didn’t recognize him either. Maybe I need to include my son in a joint program (resolution?) to include remedial social awareness in “our” journey into the new year.

Gary Harder is the author of The Pastor-Congregation Duet (Friesen Press, 2018), which you can purchase directly from the author by emailing gary.harder@gmail.com. He blogs at garyharder.com.

It was fun to read my Dad's version of the 'Playing Hockey with Justin Bieber' story. I am that son Mark who invited my Dad to play hockey, and also did not recognize Justin when we played hockey. He had a helmet on! I too used this story - for my Epiphany sermon last January - my first Sunday back from Sabbatical. So if you want the fuller version of this story, check out paragraph 3 of that sermon from the link to the St Jacobs Mennonite website January 6 sermon - http://www.sjmc.on.ca/sermons/255-january-6-2019-mark-diller-harder-ever....