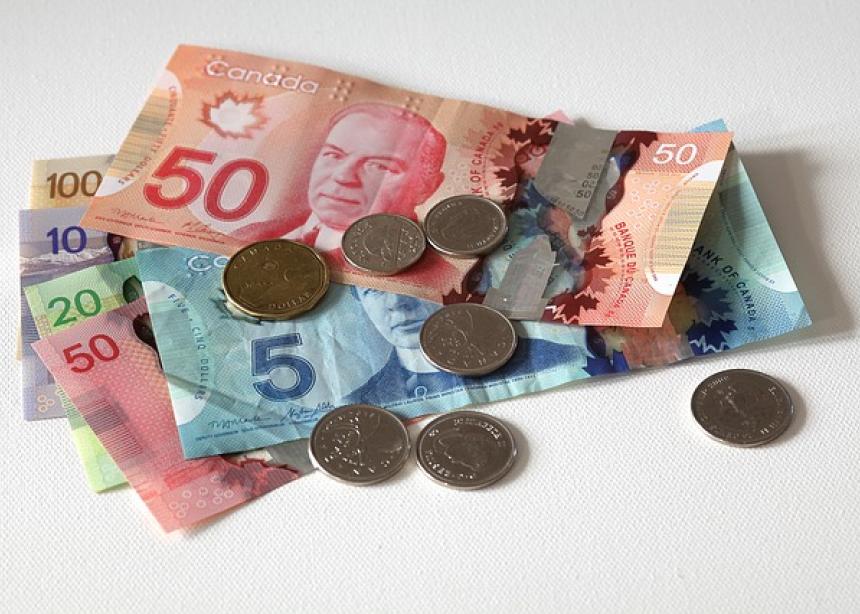 I remember that as a teenager who grew up in the church I had some biting criticism for the people in the church because I thought they were a bunch of hypocrites. They seemed to say one thing and do another.

Later in my young adulthood I joined my lot with this “bunch of hypocrites” and, despite my ideals, have become what I so despised. It has happened without much effort all along my life’s journey, perhaps most clearly in economic matters.

The ideals are clear. Jesus talks more about economics than any other topic. The list of texts is embarrassingly long!

Menno Simons, the namesake of our denomination, has some biting words for preachers and teachers like me:

I have to admit that it is harder to practice the ideals of simplicity now that we are a double income family than it was when I was a poor college student. I claim to follow the Jesus who had no place to lay his head while I’m lying down in a queen size bed on a memory foam pillow.

Perhaps simplicity begins with gratitude and moves on to contentment, stewardship and generosity, while giving individuals and families the freedom to practice in their own unique ways.

It is a difficult journey and I also know we are not called to wallow in self-flagellation, as I am wont to do. Hopefully a basic confession along the way can provide some catharsis.

Hi, my name is Gareth and I’m a hypocrite.

Gareth Brandt lives in Abbotsford, B.C., where he teaches spiritual formation at Columbia Bible College and attends Emmanuel Mennonite Church. He blogs at garethbrandt.wordpress.com, where this post originally appeared.

More articles by Gareth Brandt:
Summer vacation
What does it mean to be Anabaptist today?