What are Christians hoping for? 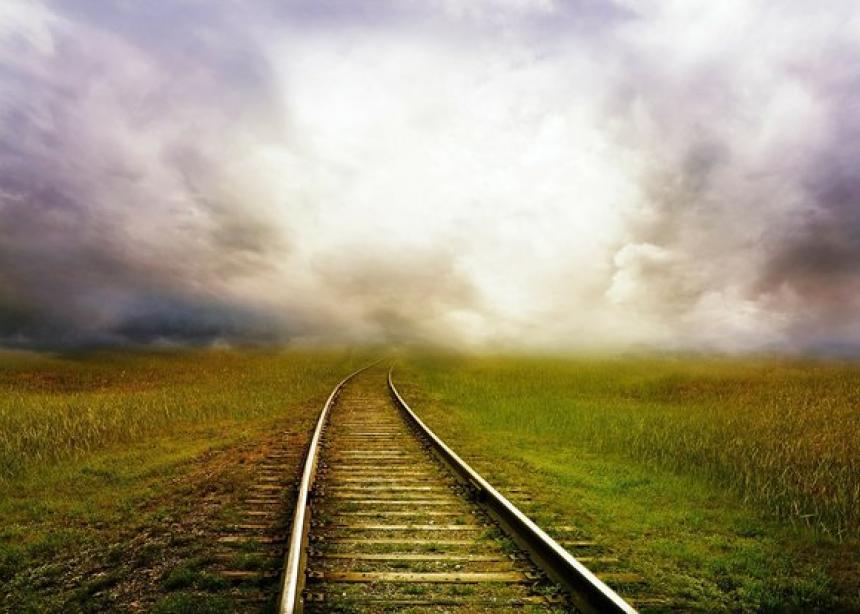 One of the most persistent questions I hear about the Christian faith relates to what we believe about the future—our future, the future of our communities, the future of the world. In the midst of our suffering and confusion, what are we hoping for?

There was a time when responses to this question were dominated by the idea of a spiritual future in “heaven.” This vision didn’t include our bodies and didn’t have much of anything positive to say about God’s beautiful creation.

The concept of heaven is important to the scriptures, but not as the dominant picture of the future for which we hope. That spot belongs to “new creation” or “creation renewed.” II Corinthians 5 is one key passage here, as are Ephesians 1 and Revelation 21 and 22. The first chapter of Colossians is important too, as is the prayer Jesus taught his disciples. What we anticipate is the renewal of the world God created. We believe that God’s peaceful economy will be realized in the place we were designed to enjoy and keep.

Imagine that you are on the train from Ottawa to Toronto. It’s summer. It’s hot. You are on one of those cars with internet access and beverage service. After procrastinating a bit, you get some work done. Then you take out a novel. You’re trying to settle into the story when the kid across the aisle starts making a racket. It starts as a complaint about not having the right snack and then escalates into screaming about not wanting visit the boring uncle and aunt in the stuffy old city.

What you realize is that you don’t want to be going to Toronto either. You feel exactly like the little kid. You look around. You’re not alone. Everyone else looks tired and sweaty, not very enthused. They seem, to use Paul’s word, a little “forsaken.”

You’re mulling this over, getting depressed and a bit anxious, when a voice comes over the speaker. This voice is out of place on public transit. It’s not mechanical; it’s warm and excited. You sense a smile. The speaker gives you news:

“Gentle passengers, I am pleased to inform you that this train is no longer headed to Toronto. Several kilometres back a switch was thrown. We’re on a new route. We’ve left the 401 corridor. You can wave goodbye to the concrete and parking lots. We’re headed north to the beautiful lake country of Muskoka. You’ve each been booked into a week-long retreat. Your accommodations and meals are paid. We’ve notified your families and employers. We will be there in a couple of hours.”

That might not be everyone’s daydream, but think for a moment about how the announcement you heard on the train would change things. You are still be sitting in a train car with the same people, the same pain in you back. Yet things are different. They’re different because of where you’re headed.

What matters isn’t where your train came from. That hasn’t changed. Where it would have been going doesn’t matter so much either. What matters is what is ahead of you. That’s what begins to shape your outlook on the next few days. It affects your mood. It changes how you view that loud child and the other anonymous passengers on the train.

You haven’t arrived, but still, the flipped switch and the announcement, those things have already made a difference. They actually make a difference in your experience of the train ride itself. Changing the end doesn’t just change the end, it changes the way between here and there.

Even though you haven’t arrived yet, you would begin looking out the window with new interest. You would watch for signs of what was to come. Maybe an outcropping of granite or a lake. Those things wouldn’t be the destination itself, but neither would they be just random things. Through the lens of faith—faith in the fact that the train was headed in a new direction—they would be actual signs of where you and the other passengers were going. They would be signs inviting and encouraging hope.

In II Corinthians 5 Paul writes, “So if anyone is in Christ, there is a new creation: everything old has passed away; see, everything has become new!” The witness of the biblical apostles is the announcement that God’s good world is on a new track. That destination is new creation, the renewal of all things.

Anthony G. Siegrist pastors at Ottawa Mennonite Church in Ottawa, Ont. and is the author of the forthcoming Herald Press book, Speaking of God: An Essential Guide to Christian Thought. He blogs at anthonysiegrist.com, where this post originally appeared.