Why I care about climate change 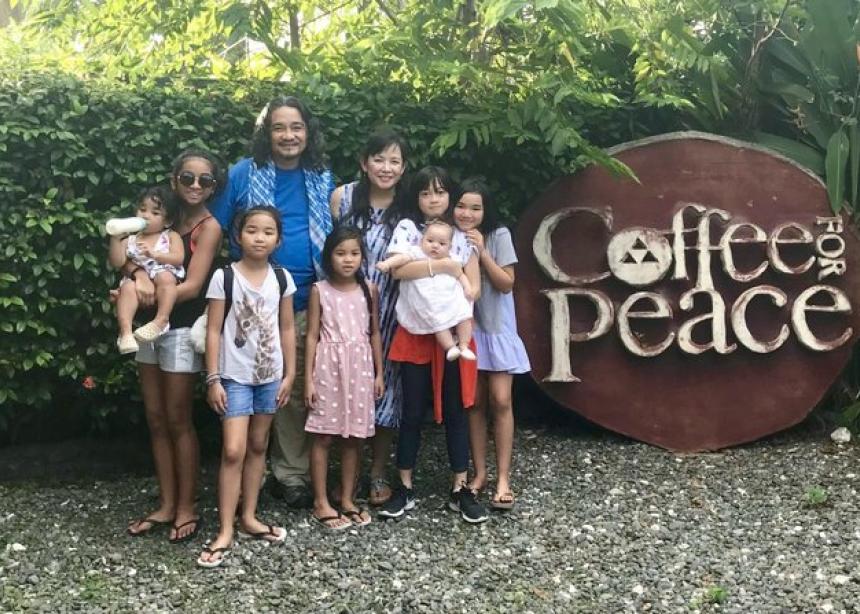 Whenever I’m in their presence, in the midst of laughter, I try my best to suspend all my activist ideas and just enjoy each moment with them. Then the day ends. They go to bed and sleep. I sit in the living room wondering what kind of planet we’re passing on to them. And all the data I’ve been reading about climate change automatically tabulate themselves in front of my imaginary screen.

My natural optimist attitude pales in the presence of the global reality before me. My grandchildren’s window of opportunity is closing. Because of my generation’s neglect and destructive ways, my grandchildren no longer have the luxury of time. Climate delay is almost as dangerous as my generation’s climate denial.

Their generation is expressing anger.

My first granddaughter is beginning to focus her attention on climate change. She sparked our discussion on this topic as she was doing her social studies homework.

Here we are, grownups who are supposedly caring for them. We have been talking about this crisis for years. Meanwhile, global emissions are reaching record levels and show no sign of peaking.

Experts say that the concentration of carbon dioxide in our atmosphere is the highest it has been in 3 million years. The United Nations says that the last four years were the four hottest on record, and winter temperatures in the Arctic have risen by 3°C since 1990.

In fragile geographical settings such as the Philippines, we notice that sea levels are rising significantly. Those of us who grew up swimming around colorful coral reefs are saddened to see our formerly alive, underwater playground is dying.

So, I will intensify my commitment to ecological advocacy and practice based on the principles of Peace and Reconciliation (PAR).

PAR is about economic and ecological transformation. PAR is spiritual; it is creation care. Creation, from the PAR perspective, is seen as an organic-relational world, not merely as a mechanical-utilitarian world.

In a mechanical-utilitarian view of the world, the emphasis is exploitation. If one of the parts of the machine-world is not functioning, the tendency is to replace it. Hence, in an unjust system, the natural resources can be exploited for the present, and then later, they can be substituted with synthetic products and artificial solutions.

In an organic-relational world, the emphasis is stewardship and loving care of creation. The biblical story of Creation tells us that “the Lord God formed the mortal (adam) from the dust of the ground (adamah) and breathed into his nostrils the breath of life and the mortal became a living being” (Genesis 2:7).

These are the dynamic imageries that give us a grasp of how the human race began. We all came from the ground. We were named after the ground. We are one with Creation. We are one humanity! We are all carbon-based material. We are all breathed with the same breath of God. That is the story of our being alive!

The Creator-God commanded humans to subdue the Earth (Genesis 1:28), with the idea of l’shamrah—to care for, to keep, to watch, and to preserve it (Genesis 2:15). Earth-destruction is listed by the prophet John as a sin (Revelation 11:18). We are all called by the Creator-God to be stewards of Planet Earth! Christians must apply the salam-shalom lifestyle in the stewardship of their resources.

Can we really reduce carbon emissions within 12 years and will we have the political will to limit global warming to 1.5°C?

Or, are we going to continue along our current path? What would be the consequences if we continue in this hell-bound direction?

Can the big businesses operating on this planet accelerate climate solutions to strengthen our economies and create jobs while bringing cleaner air, preserving natural habitats and biodiversity, and protecting our environment?

I am a grandfather who is listening to his grandchildren.

Thinking about their future energizes me with a new determination to work towards the implementation of the Paris Agreement. For my grandchildren and me, the 2015 United Nations Climate Change Conference must be the starting point on which to build the future that we all need.

Dann Pantoja and his wife Joji serve with Mennonite Church Canada Witness as peacebuilders in the Philippines. They have seven grandchildren, ages 2 to 13. To read more of Dann’s reflections, visit waves.ca, where a version of this post originally appeared.