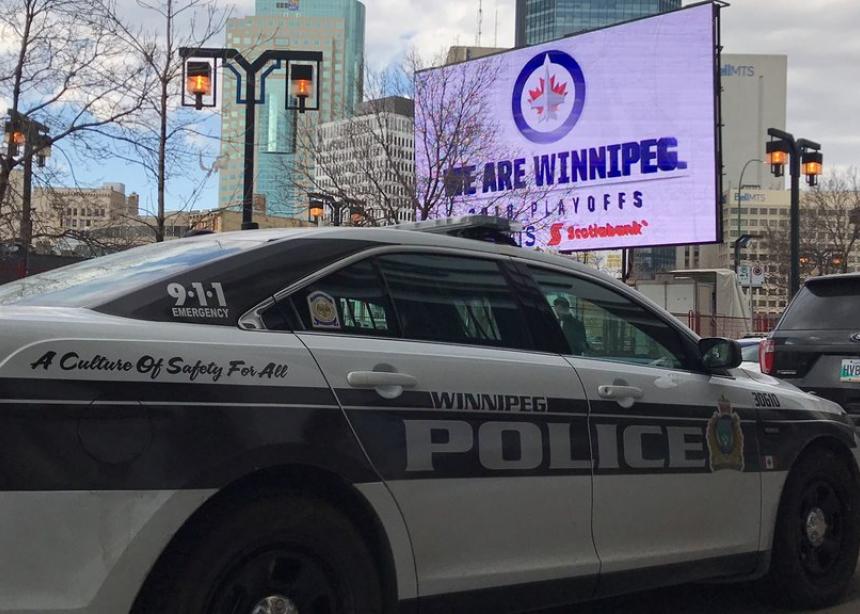 I have performed many of the ‘criminal’ acts associated with those who were recently killed by the police. I have shot out windows with a gun. I have taken alcohol and a vehicle without permission.

The difference was a context that could absorb some of my immature or misguided behavior. I shot out windows on an old barn on the farm I grew up on. We drank booze underage at friends’ places. We took our parents’ vehicles when we shouldn’t have.

We did these things because, why, I don’t know. I was bored. I needed to explore boundaries. I was reacting to something. And I was a pretty “good” kid! I never had to worry about getting shot. I never had to deal with my unpredictable behavior responding to a dump of adrenaline when armed men began chasing me.

Over time I began learning more about the uneasy relationship between the police and those struggling with how to respond to poverty, addiction, unsupported poor health or Settler-induced trauma. I began to understand the complex web of family-youth-gang entanglements, and how introducing the police into already difficult circumstances may not be the best choice.

Spring always seems to be a time when kids are out in the back lanes breaking stuff. About eight years ago there was a group of four or so youth walking up and down our back lane. They were breaking some property, including throwing something through our back window which was part of our kitchen where we usually sit to eat.

Our son was about two at the time. That felt scary. I saw the kids one day and called the police. I started to describe the situation, and when they asked me to describe their ‘ethnicity’ I froze. I decided to hang up.

I thought about what to do. The kids were still out in the back lane. I opened my garage door and asked them if they had seen anyone throwing rocks in windows. They said no. I said that my son often eats in that room and was worried about him. They sort of just kept moving.

Most kids know something about being scared. I hoped that maybe they could feel a connection in how they were doing something to make another kid feel scared. I didn’t want to accuse or shame them. But being scared is tough. It is hard to act well in fear. I know I was scared to approach those boys and I certainly wouldn’t expect everyone to do something like that.

Fear is a huge factor in all of this. Calling the police is a way of addressing our fear. But the police are afraid as well. We need to deescalate fear, and the police are trained to defend themselves with force against fear, not deescalate. Fear and anger can take on wildly different forms. We need an intervention into these current forms of violence fueled by fear and anger.

While under our current model there will likely remain times to call the police, there is good reason in many situations not to call the police. Knowing more stories of police/public altercations, there is no reason one of those kids in my back lane wouldn’t have gotten shot. Put me in a different scenario growing up doing almost exactly the same things I did, and I could have been shot.

There are things that are scary and we all want to be safe, but there are better ways to approach this than our current model of policing. There are growing resources pointing to alternatives, but we as a culture and society need to see the value in investing in these alternatives.

There remains in our society widespread approval for police shootings, sometimes as tragically necessary but for many others as something that should be applauded and expanded to rid ourselves of people like me who just had a different context and experience in which to grow up and navigate life, which is often hard enough at the best of times.

If you are interested in how to think differently about the relationship between peace and policing, listen to a lecture that University of Winnipeg criminal justice professor Dr. Bronwyn Dobchuk-Land gave at First Mennonite Church in March. Her talk gives an excellent introduction to this topic, particularly for the context of Winnipeg:

David Driedger is an associate minister at First Mennonite Church in Winnipeg. This reflection originally appeared on his blog at davidcldriedger.wordpress.com on April 19, 2020.

Police asking the ethnicity of people is to help identify them, like asking about their height and clothing.

Indigenous arrests, incarcerations and deaths by police are disproportionately high because Indigenous poverty, brokenness and crime are high. Why? There was a genocide. And immigrants played a role, including Mennonites. They didn't question how all the land they received came to be available.

However, society can only go forward and policing is a vital part, but we don't discuss this as a church. Nor do we offer support for good policing or encourage Mennonite participation in it. Some even pretend that we and society don't depend on law enforcement.

We can solve certain minor incidents on our own, but serious crime requires cops. Many downplay or deny this, stating or implying that policing is fairly dispensable. Many also dwell on bad policing incidents or perceived bad policing, and this is often true of media, too.

We must empathize with cops, as well as citizens. They like to make it home safely from a dangerous job, which is reasonable. We can always improve policing, but very balanced perspectives are needed in order to help with this.