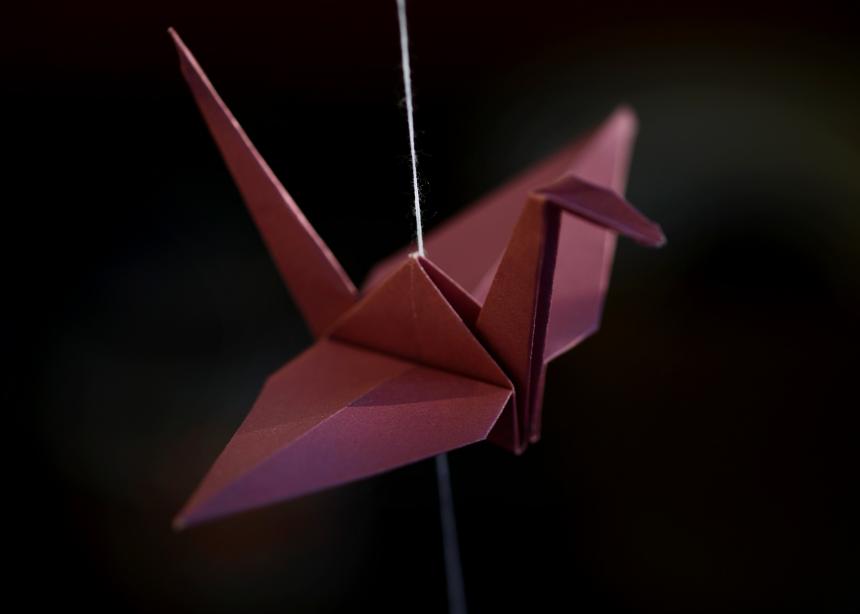 In the lead-up to next month’s federal election, I invite you to join me in some preparatory reflection: What drives your passion? What draws you in and keeps you grounded? From where did this passion originate?

In Grade 3, my class studied the book, Sadako and the Thousand Paper Cranes. It follows the life of Sadako Sasaki, who was two years old when the atomic bomb ripped through her home of Hiroshima on Aug. 6, 1945. Ten years later, Sadako was diagnosed with leukemia as a result of radiation poisoning and, tragically, she died within the year.

Sadako’s struggle with leukemia was not defined by hopelessness, nor inaction. Sadako spent the last months of her life on a project to make 1,000 paper cranes after hearing a legend that by making 1,000 cranes, she would be granted her wish to be well again. The movement she inspired was so much more. Sadako’s actions, whether intentional or not, were not just a plea for one girl to get well, but a cry to fully recognize the human impacts of nuclear war, and a prayer for peace.

At age eight I didn’t realize how much this story had impacted my life, but my family did. My parents told me that it was a clear moment that marked the start of my passion for peace, partly evidenced by the very presence of paper cranes. In every family move since then, or every time we reorganized my room, we discovered more shoe boxes full of paper cranes. I still make them often, usually when I feel anxious or discouraged, and when I pray for peace.

I felt, and still feel a strong personal connection to Sadako and her story. It shaped me as I grew up, bringing the human and personal impacts of political decisions to the surface, to the front and centre of my heart and mind.

I think it’s easy to get lost in political issues and debates, especially during election season. The political process is often necessary to bring about systemic change. But there’s something so energizing, comforting and life-giving in taking the time to reflect on our own motivations – the stories that brought us to this work and continue to motivate and inspire today.

The following is adapted from the epilogue of Sadako and the Thousand Paper Cranes:

In 1958 [a monument to Sadako] was unveiled in the Hiroshima Peace Park… Sadako, standing on top of a granite mountain of paradise… holding a golden crane in outstretched hands…

[People] still place thousands of paper cranes beneath Sadako's statue on August 6 Peace Day... Their wish is engraved on the base of the statue:

This is our cry, this is our prayer; peace in the world.

Earlier this month, MCC Ottawa released a resource to help guide our constituents and the public through key issues for the upcoming election.

MCC Ottawa has also put together a guide for having difficult discussions with others, especially on divisive issues.

I encourage you to use these resources. We want to empower people to engage well with others, seeking a better future for all.