Prayer and the lumberjack 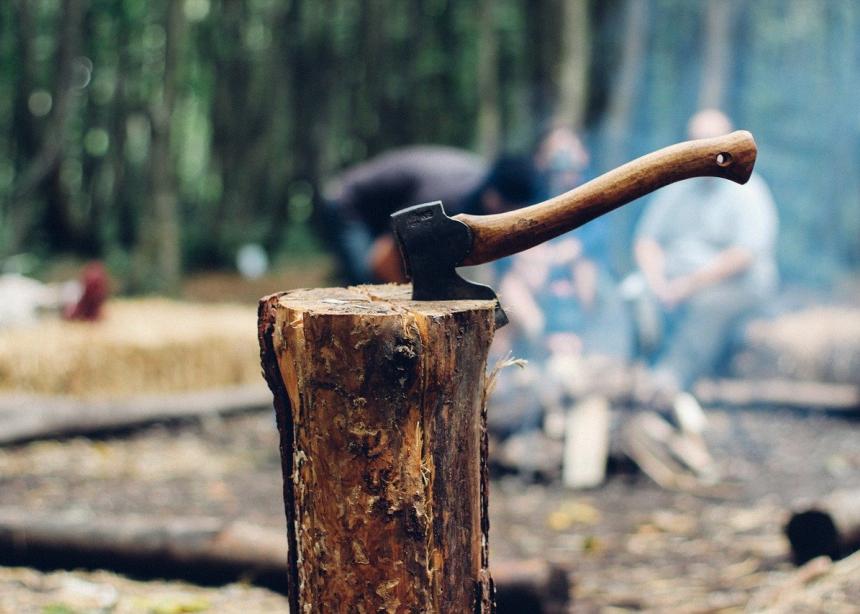 I was working from home early last month when the doorbell rang. A delivery man handed me a box. An initial shake gave me the impression it contained books. Occasionally I do receive books that I forgot ordering, but not usually this many. It turns out this box of books was different: inside were several copies of my new book, Speaking of God. I wasn’t expecting these for several more weeks. In honor of the early arrival of the blue books I’m posting an excerpt from chapter 14, which is titled “They were all Together in One Place: Connections.” It’s about ways that we connect with God. 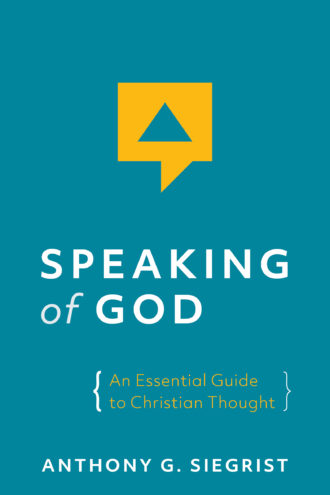 I was sitting in a coffee shop on campus one afternoon when one of my students sat down and started talking about a verse from John 5. In the passage Jesus is speaking to religious leaders who criticized him for healing a man that was ill for decades. Jesus had healed him on the Sabbath. That was the problem. In verse 39, Jesus says this: “You search the scriptures because you think that in them you have eternal life; and it is they that testify on my behalf.” My student, a former lumberjack, said “It’s great that we talk about the Bible so much, but I’m starting to wonder if we’re overdoing it. What if I memorized the whole thing? So what?” He was right. He went on to say that he was learning that studying Scripture is a means to an end. The end is to encounter the God we know in Jesus. That’s the core of the Christian life: encountering God and being refashioned by the gracious power of the Spirit.

God, like the Waldo character in the children’s books, can sometimes be hard to find. Yes, it’s easy to find references to God in the Bible, but that’s not what I’m getting at. What I mean is that God is hard to find precisely because our expectations are so high. Christians believe Jesus is alive and on the loose. We believe he has sent the Spirit to sustain us. “Where can I go from your spirit?” the poet asks in Psalm 139. “[W]here can I flee from your presence? If I ascend to heaven, you are there; if I make my bed in Sheol, you are there” (Psalm 139:7-8). What we expect isn’t just to read about God or to hear people speak about the Trinity. What we expect is to encounter God as a living, interactive being. One of the reasons we use the language of Father, Son, and Spirit is that these terms denote personhood in ways that most of their substitutes do not.

Jesus left his students. After the resurrection, some meals with the disciples, and a minor medical probe from Thomas, Jesus left. That’s what the story of the ascension in Luke 24 and Acts 1 describes. Jesus, Immanuel, God with us—leaves. Acts says a “cloud took him out of their sight” (Acts 1:9). Though Jesus is no longer present in person, the Christian spiritual tradition claims that we still have access to him through the cloud.

I could be wrong about this, but I think there are two main ways we connect with God: through prayer and through the church. After Jesus’ ascension the disciples returned to Jerusalem and devoted themselves to prayer. Prayer is the central Christian spiritual practice. There are lots of other important practices, like hospitality, worship, generosity, sharing in communion, baptism, preaching, and, yes, studying Scripture. These practices are essential to the Christian life, but they are all undergirded by prayer. British theologian Sarah Coakley suggests that theology itself begins with prayer. She says this—brace yourself—“the practice of prayer provides the context in which silence in the Spirit expands the potential to respond to the realm of the Word.” You may want to read that line twice. Coakley’s point is that trinitarian thinking is linked to prayer and participation in worship in community. Prayer knits our theological speech with the experience of God. It makes theology conversations more than vocabulary exercises.

Anthony G. Siegrist pastors at Ottawa Mennonite Church in Ottawa, Ont. He blogs at anthonysiegrist.com, where this post originally appeared. Speaking of God: An Essential Guide to Christian Thought is available now from Herald Press.