Because we don’t know 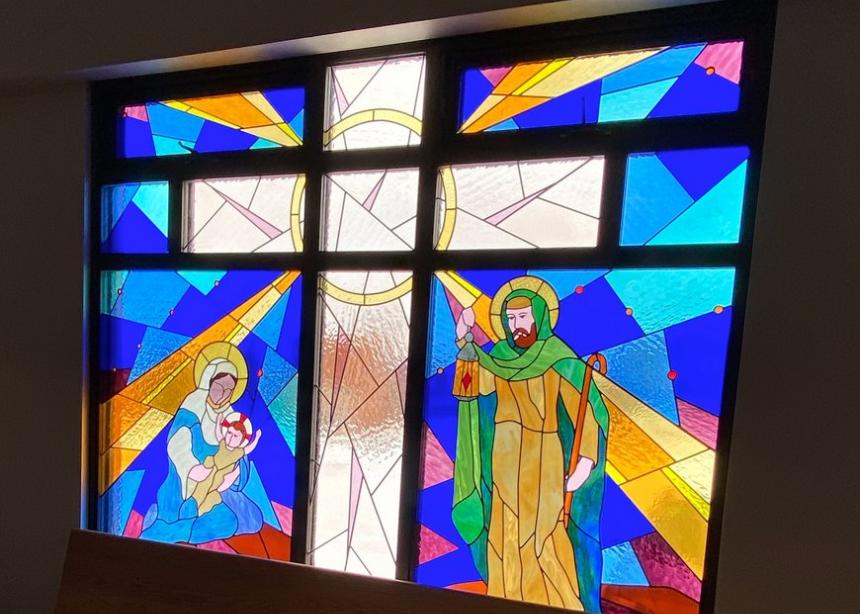 The eight-hour world-wide One World: Together at Home concert ended the other day with this line from an African proverb: “For tomorrow belongs to the people who prepare for it today.”

I was leaving Ascension Parish yesterday afternoon after sitting in their quiet sanctuary for a little while, along with about three or four other people. A couple of nuns had been preparing the stage of the sanctuary as we watched, lilies and candles carefully arranged. Several cameras had been set, ready, I believe, for a recording to be made for today’s morning online service. On my way out, the nuns were also leaving and as I walked by, they said, ‘And what did Jesus say to you today?’ Say, what!? Were they trying to be funny? Their eyes were teasing, as if they were taking a little poke at me. But they repeated the question, and I was a little speechless. After all, what did Jesus say to me? Had I not been sitting there, listening? My first thought was, well, nothing. But then I did manage this: “He just said that he is here.” They smiled kindly and agreed. But I was curious and as they turned away I asked, “So what did he say to you?” They turned back and said, “He said to prepare for tomorrow.” And then they smiled a little and added, “Because we don’t know if tomorrow will come.”

An odd little twist and they knew it, especially with the because in there. I would have understood it better if, instead of because, they had said although, because that is how I think about it. But because was clearly the word they used. Prepare for tomorrow, because we don’t know if it will come. Did they really mean to say it like that? A kind of hope-against-hope comment? Live as if tomorrow comes but don’t expect it too much? We kind of all know this is true of every day and every hour that we breathe, but we do pretty much expect another day.  Except that these days, it’s begun to feel differently. We don’t know. Prepare for tomorrow… because we don’t know!

That is kind of the effect of this exhausting pandemic hanging over us. The entire world is preparing, desperately hoping, praying, begging for tomorrow, watching the news for some sliver of good news here or there, and not at all sure how tomorrow will be. Governments are going into levels of debt not seen in my lifetime, preparing for a tomorrow of which, at this point, we have little idea. And Jesus and the nuns still oddly say: Prepare, because we don’t know.

I don’t read Richard Rohr’s meditations every day, and I didn’t this last week either, but when I clicked on his weekly summary, there were a couple of notes that caught my attention and I wondered, reading them, if the nuns were thinking something like this as well? Rohr writes:

About 10 days after prostate surgery, during my attempt at some spiritual reading, I opened the Bible to an obscure passage in the Book of Exodus. Moses asks YHWH to “Show me your glory” (33:18), and YHWH shows it in a most unusual way: “I shall place you in the cleft of the rock and shield you with my hand until I have passed by. Then I shall take my hand away, and you will see my backside, but my face will not be seen” (33:22–23). Our knowledge of God is indirect at best, and none of our knowledge is fully face-to-face. God is always and forever Mystery. All we see is the “backside” of God.

My best spiritual knowing, Rohr writes, almost always occurs after the fact, in the remembering—not seen “until God has passed by.” I realized that in the moments of diagnosis, doctor’s warnings, waiting, delays, and the surgery itself, that I was as fragile, scared, and insecure as anybody would be. Only afterward could I see, trust, and enjoy the wonderful works of God. It is largely after the fact that faith is formed—and gloriously transmuted into hope for the future.

And then Rohr writes this: to pray is to be open to the new, to the future, in God. I find myself in prayer much of the time right now …  it is this kind of prayer that may keep us from simply hoping things quickly return to “normal” (though that is a comforting thought to many) and instead praying for the courage to “change and grow …”… into the future, in God.

Maybe one of these days I will get to ask the nuns what they meant when they said Jesus told them to prepare for tomorrow because we don’t know if we will have a tomorrow. But in the meantime, I wonder if that message, however they heard it, has to do with the Exodus truth that we don’t see God up front. We see only his back side, his after-the-fact side. We, especially in the always-progressing, best-practises West, are used to predicting and seeing the future clearly; we have data, we prepare accordingly, have our ducks and pensions and data banks and job and family calendars lined up as carefully as we possibly can. The future is ours, we say. And some of us evangelical Protestant believers have gotten so used to describing God for everyone else and for ourselves that we sort of assume we are seeing him fully face-to-face; that we are—as Moses wanted to—seeing his Glory. We’re sure of God, we’re sure of our plans and doubting makes us nervous. Sometimes I think we have forgotten that faith is less about being clear and more about getting to a point where we’re curious but patient, and able to live with not being sure.

COVID-19 has suddenly pitched us back into the Exodus cleft. Tomorrow is hidden from our view, and we are reminded that, in fact, we may only see it as it passes us by. We will participate in it, we will prepare for it, not so much by predicting and seeing it, but by accepting that we are not seeing it. I suspect we will sleep better and our spiritual and psychological selves will be healthier… if we prepare differently… if we prepare because we don’t know.

Abe Janzen lives in Calgary, Alta. He blogs at somemessynotes.wordpress.com, where this post originally appeared. 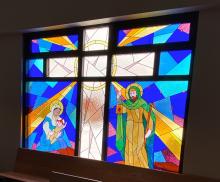