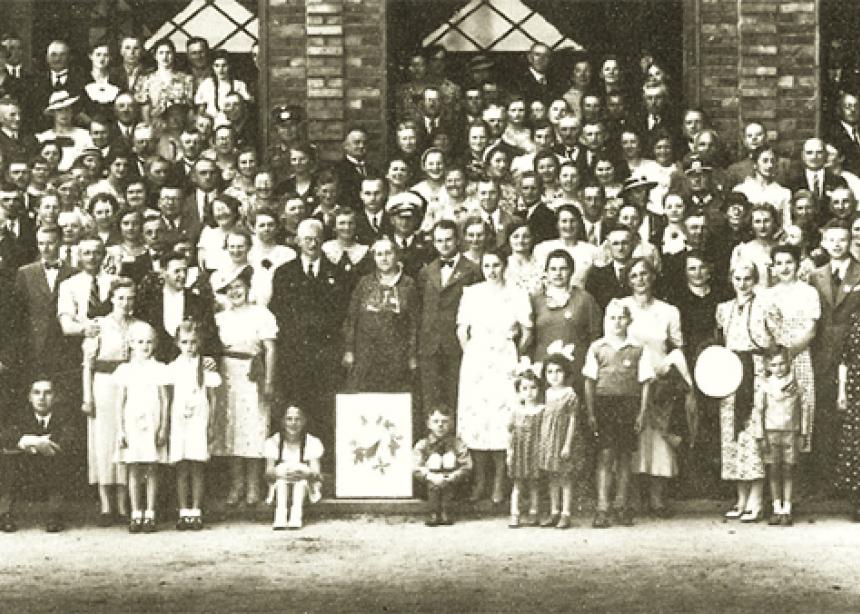 When Susanna Toews arrived in Litzmannstadt, Poland, in 1944, she was already a member of the Nazi racial elite. Her native village in Ukraine had come under German occupation in 1941 with Adolf Hitler’s invasion of the Soviet Union. During the intervening two-and-a-half years, the young Mennonite woman became a beneficiary of racial warfare.

While German forces deliberately starved Russian and Ukrainian speakers, or shipped them to the Reich for forced labour, so-called “ethnic Germans” like Toews and her family received generous rations. In the same months that SS death squads murdered nearly all of Ukraine’s 1.2 million Jews, Nazi “welfare commandos”—also run by the SS—distributed aid to local Mennonites.

What can explain the general interest, even enthusiasm, among high-ranking Nazi officials for Eastern Europe’s Mennonite inhabitants? The short answer is that Mennonites—unlike Ukrainians, Russians, Poles and certainly Jews—were Aryan. At least Nazi war makers thought they were Aryan. In Hitler’s Third Reich, this was a catch-all category denoting racial privilege. It was associated with fair skin and hair, as well as a high degree of “blood purity.” One group of Mennonite refugees from the U.S.S.R., for example, scored a German bloodline “heredity quotient” of 98.8 percent.

Mennonites themselves often facilitated racial testing, providing their bodies and congregational record books for “scientific” research. In at least one case, members met to fill out racial papers together as a formal church event.

Achieving Aryan status generated substantial benefits. These included citizenship, legal protections and career prospects, all of which were unavailable, or severely curtailed, for Jews and other alleged non-Aryans.

But who to count as “Aryan” versus “non-Aryan” was not always clear, so officials created a multi-tiered racial matrix, known as the “German Racial List,” which specialists used to categorize persons with muddled or uncertain ancestry. While millions in the newly conquered areas were sorted into the list’s lower categories, most of the approximately 9,000 Mennonites in occupied Poland and the neighbouring Danzig area would have been awarded top slots.

They were not the only—or even the largest—group to be categorized in this way, however, being dwarfed by the 35,000 Mennonites in Ukraine who came under German rule two years later. Despite decades of starvation, emigration, persecution and deportation under Bolshevik rule, Ukraine remained home to Europe’s largest group of German-speaking Mennonites, and generally welcomed the invading Nazi forces, hailing them as liberators who had come to end Stalin’s tyranny.

It was during these years that Toews and other local Mennonites first learned to think of themselves as Aryan. But tens of thousands of Jews in and around the settlements met a different fate. Toews recalled with horror in her post-war memoir how one SS officer shot a Jewish girl, about her age, on the village outskirts. Every dignity denied to Jews and Slavs was extended to Mennonites, some of whom received clothes and housing taken from Holocaust victims.

Even in 1943, as Hitler’s soldiers suffered massive losses on the Eastern Front, Germany’s retreating forces continued to assist Ukraine’s Mennonites. Nearly all, in fact, chose to accompany the Wehrmacht on its trek back to occupied Poland. There, in large processing centres like Litzmannstadt, evacuees experienced new bouts of racial testing.

“In order to become German citizens, we were interviewed many times,” Toews later remembered. “Samples of blood were taken from us. . . . Twice we were X-rayed. Then we were given our German citizenship papers with all German rights.”

The process of becoming Aryan, as described by Toews, tracks with the experiences of tens of thousands of Mennonites in Nazi-occupied Europe. Today, a majority of Mennonites in Europe and the Americas—including many direct relatives of those who profited from Nazism—continue to live rich, privileged lives.

What responsibility do we, as Christians and as members of a peace church, have for the victims of a system that benefited our co-religionists and, in many cases, our own families? After more than 70 years, it is time to respond.

Ben Goossen is a scholar of global religious history at Harvard University. He is the author of Chosen Nation: Mennonites and Germany in a Global Era, forthcoming in 2017 from Princeton University Press. This Viewpoint piece is adapted from a longer article entitled ‘Measuring Mennonitism: Racial categorization in Nazi Germany and beyond,” published in the 2016 issue of the Journal of Mennonite Studies. 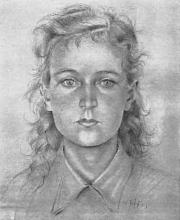 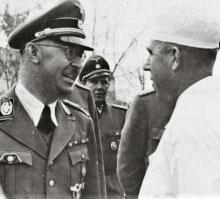 By the time the German army arrived in the Molotschna and Chortitza
colonies in 1941-42 the churches had been closed for six years and
most adult men had been arrested, sent to Siberia, or shot. Women and
children are all what remained.

The famine of 1921-22 which gave birth to MCC was a distant memory, as
were the raids by Nestor Machno and his gangs. Even greater problems
were facing them, like the loss of all farms due to the collective
efforts of Joseph Stalin. To summarize, the Soviet Union as it came to
be known was now in full force.

It is no surprise that, given a lack of spiritual guidance and
continuing persecution by Stalin, young boys were easily rounded up
and made to march. A casual look at their faces in the archived photos
tells a story of bewilderment, not complicity.

Not a year later, the tide turned and they were all forced to flee as
the Red Army was now moving in fast. Many more died trying to save
what little they could but in the end only about 12,000 of them made
it to the West and were able to eventually be allowed to come to
Canada or Paraguay. About 23,000 did not make it and were sent back to
Siberia never to be heard from again. This is the worst episode in
Mennonite history.

Gradually new lives were begun in Paraguay and Canada, but the terror
of those years never went away, even in old age. A great any of the
12,000 that MCC workers helped to resettle eventually ended up in the
Fraser Valley of British Columbia, and more specifically in Clearbrook
MB church. This church was averaging three funerals a week, and
invariably the birthplace in many obituaries read Ukraine, or south
Russia.

Many have now passed on, but their descendants will always be grateful
for the protection Germany offered and the incredible work of the MCC
workers of the day. Were it not for them we would simply not be here.

Were there a few bad apples in the bunch ? No doubt, but a such a
small number in a crowd of over 12,000 is pretty good ! And at least
some of them who were not refugees at all but came in under false
names can really not be blamed on MCC or anyone else. It was rather
chaotic in Europe right after the war, and simply clothing and feeding
so many were top priority.

Hopefully the true stories of these people who suffered so much will
continue to be told.