One piece at a time 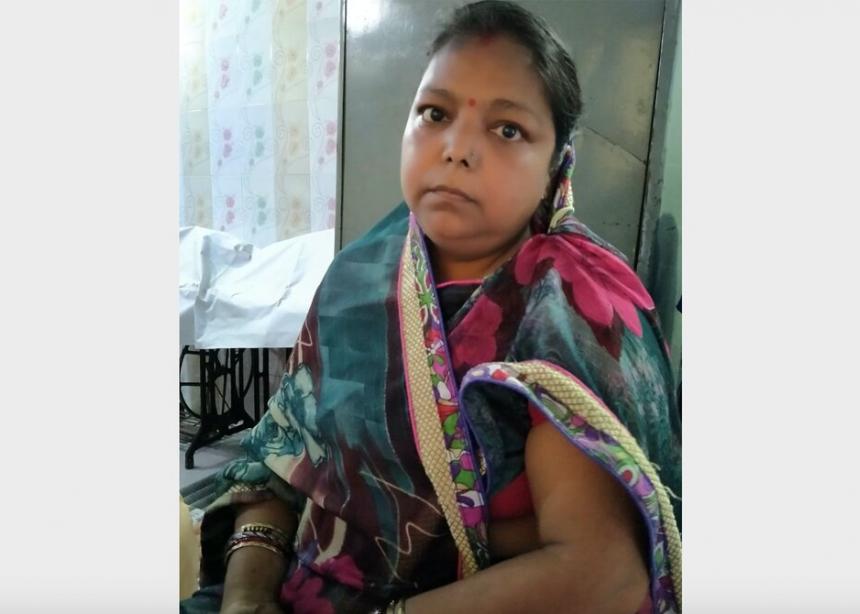 There was no peace in Anju Shaw’s life.

For 20 years, she endured constant abuse and neglect at the hands of her husband and then her husband’s parents. She had no support, no one to speak for her or listen to her. She didn’t think the police would care about her—if they believed her at all. The ideas of peace, safety or stability were as far from her as the sky itself.

It was a miracle then, when a woman from a local Saathi women’s group who knew about her situation told her about Barrackpore Avenue Women's Cultural & Social Welfare Society and how it could help her.

Barrackpore Avenue has been counselling and intervening for women in Barrackpore, India, for more than 20 years, doing it as a Mennonite Central Committee (MCC) partner since 2013. Its counsellors have offices set up in police stations around the city, so that when domestic-abuse calls come in, the counsellors can provide the specialized training that is needed to care for the survivors.

Responding to conflict and abuse in marriages is additionally complex in India, because women like Shaw, who come from poor families, rank very low in the strict social hierarchy. A married woman leaving her husband—even if he is abusive—and returning to her parents’ home would be seen as deeply shameful, so much so that it is not something most women would even consider.

Shaw, 41, was 20 when she married her husband, Pradip, in 1999. He was physically and emotionally abusive from the beginning of their marriage. That abuse intensified after she experienced a number of miscarriages.

Believing he was owed a child, one day after 10 years of marriage, Pradip disappeared with another woman. But before he fled, he forced Shaw to take out a large bank loan in her name. He took the 500,000 rupees (around $8,300) and left Shaw with crushing debt, the social shame of a broken marriage and no way to support herself.

In Indian society, Shaw’s in-laws would be responsible to care for her, even if their son had abandoned her. But Shaw’s in-laws treated her just as badly as their son had, going as far as to alter their will to avoid tangling with the implications of Shaw’s still-legal marriage to their son. The abuse was continuous, but peaked in early 2020, when she was kicked out of her in-law’s home seemingly for good.

“The sky was breaking down on my head,” says Shaw. “I had nothing. Nowhere to go.”

But then, through Barrackpore Avenue, she was introduced to Mily Chatterjee, a program counsellor.

“She had led such a sheltered life, because of how she was treated that she could never have thought about speaking to the police, who are almost all male,” says Chatterjee. “We’re a lot more comfortable to speak to, more approachable. It’s still very hard to speak about the kinds of things she went through.”

With Chatterjee’s help, Barrackpore Avenue contacted the city councillor for the neighbourhood Shaw’s in-laws live in, and set up mediation between them. The counsellor and councillor reminded Shaw’s in-laws of their obligation to care for her, and they agreed to treat her with the respect she deserves.

With that successful mediation and the renewed promise of safety, Shaw had a permanent place to live and a safe space to begin her journey of healing.

Shaw took a tailoring course at Barrackpore Avenue and began to earn her own income by repairing clothing in the neighbourhood.

Chatterjee says having that kind of independence is the first step on a long path. “Shame is a major issue,” she says. “Telling the women that it’s not their fault, helping them to actually believe it, is a huge thing. None of this is her fault. No women’s dignity and strength has been lost. Our job is to restore it.”

Barrackpore Avenue’s counsellors typically see 15 to 20 new cases a month, in addition to meeting with ongoing clients and regular check-ins with former clients every six months.

Camille Johnson, the founder of Barrackpore Avenue, says the organization’s goal is to journey with women to a place where they are safe and, when possible, to reconcile marriages. Reconciliation isn’t possible without changing abusive behaviour of course, but nearly 98 percent of their cases report seeing improvement in the relationship.

“Women often blame themselves for the abuse they receive,” says Johnson. “But I founded Barrackpore Avenue to ensure justice to people who need it and who are denied it.”

Shaw still longs for a sincere reconciliation with her husband. As a still-married but husbandless woman with limited financial independence, she is greatly constrained by the social structures at play in India. She hopes he will see his mistakes for what they are and repent.

“What I want is for my husband to come back, accept his faults and earn back my trust,” Shaw says. “If he can do that, I could accept him back and lead a married life with him.” 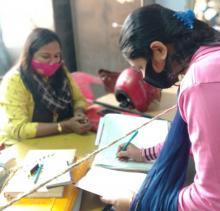