EDMONTON—More than 50 cars and 100 people, mostly newcomers to Canada, paraded past the home of Don Baergen on May 29, to show appreciation and celebrate his retirement after 40 years of service at the Edmonton Mennonite Centre for Newcomers. Cars were decorated with balloons, streamers and homemade signs: “From east to west Don is the best,” and “We love you, Don!” Baergen was one of the first employees at the centre back in 1981. The Edmonton Mennonite churches started the organization to serve Vietnamese refugees. He says the centre has been creative and on the cutting edge. He also notes the growth. Beginning with a budget of $30,000, it now has a budget of more than $10 million and more than 200 employees. Reflecting on his service, he says, “I have learned a lot about diversity and inclusion from both colleagues and participants. Working with people from different cultural, faith and socio-economic backgrounds has taught me about respect and compassion. My listening skills have definitely improved!” 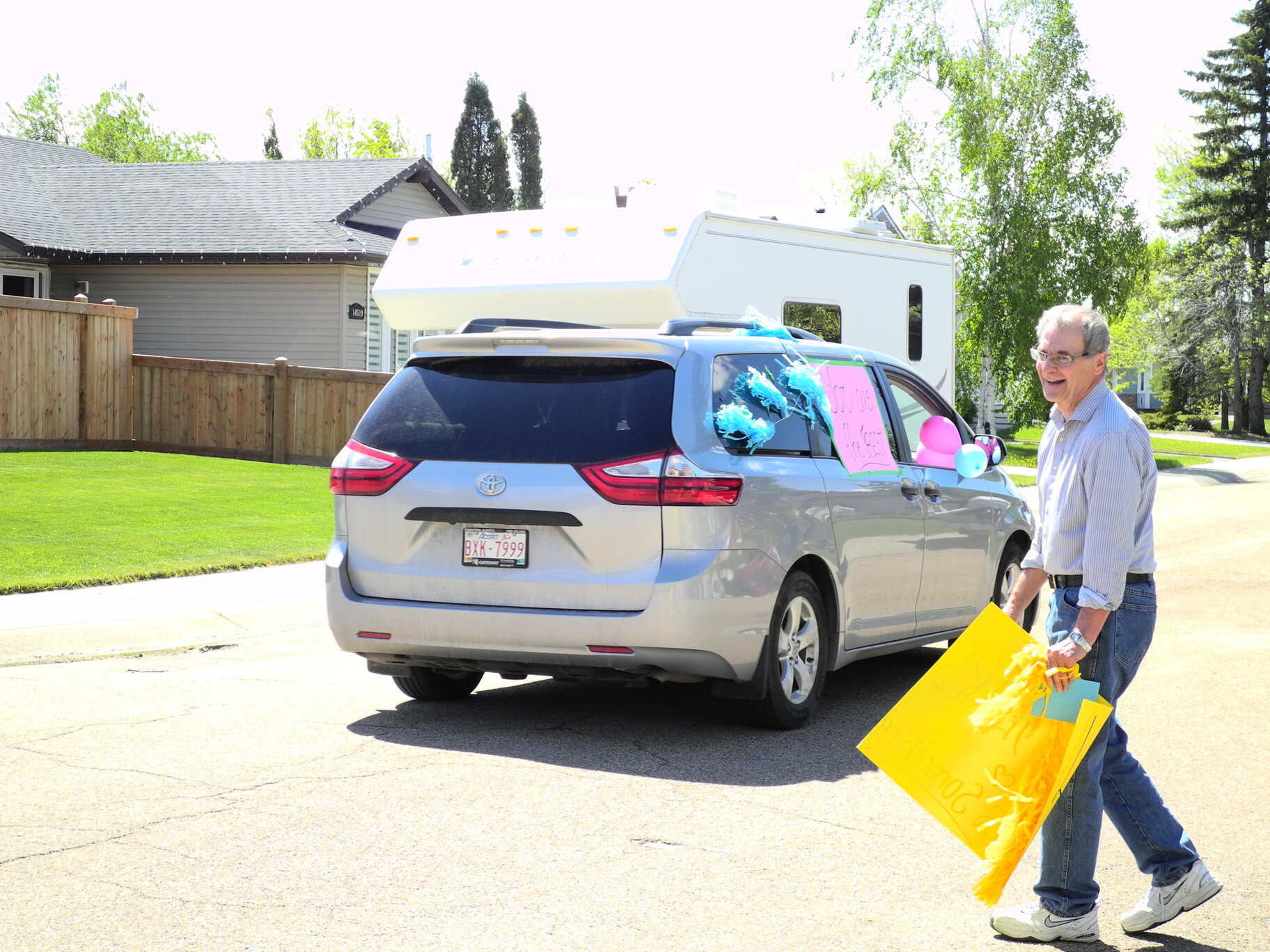 Edmonton Mennonite Centre for Newcomers hosted a parade for Don Baergen in celebration of his 40 years of service. (Photo by Greg Lopez)