Recognized by the German-Swiss for his work for nonviolent
conflict transformation; his innovative contribution to the development of
the concept of restorative justice as an alternative to conventional
justice practice. 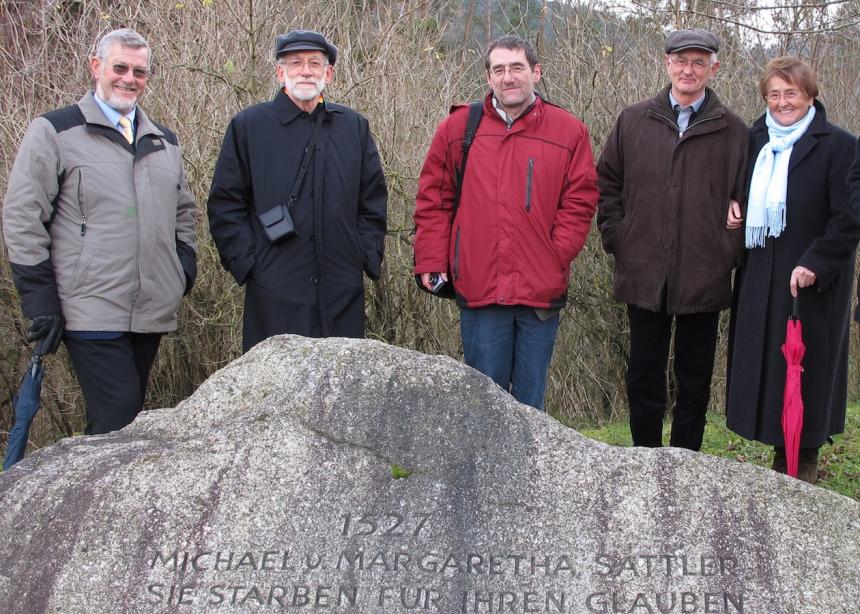 On the day that the United States celebrated Thanksgiving 2010, Zehr
received the Michael Stattler Prize from the German Mennonite Peace
Committee in Rottenburg am Neckar, a town in southwestern Germany.

Dr. Zehr was chosen, said the peace committee, for “his work for nonviolent
conflict transformation; his innovative contribution to the development of
the concept of restorative justice as an alternative to conventional
justice practice; his patient efforts to bring together victim and
offender within the wider social service context; [and] his world-wide
role as messenger of restorative justice.”

Zehr’s visit to Germany and Switzerland corresponded with the publication
of the German-language edition of his bestselling "Little Book of
Restorative Justice" (Good Books, 2002). He is professor of restorative
justice in EMU's Center for Justice and Peacebuilding.

While in Europe for a week, Zehr presented his ideas through a public
lecture and a class taught on restorative justice in Hamburg, Germany; a
seminar led for ComPax, a conflict transformation program under Mennonite
auspices in Bienenberg, Switzerland; and a keynote speech given to a
Quaker-Mennonite conference in Thomashof in the Baden-Württemberg area of
Germany.

In Bammental, Germany, Zehr attended a Mennonite-Lutheran reconciliation
ceremony. (The German-Swiss Lutheran church of the 1500s was responsible
for the execution of Michael Sattler and many other Anabaptists.)

One of the Bienenberg participants wrote in a post-seminar evaluation that
he found the ComPax training with Zehr to be “visionary, enduring and
hopeful, brilliant and incisive...as if someone had placed a diamond in my
rucksack."

Zehr says that at age 66, he finds he must turn down many more speaking
invitations than he can accept, finding travel to be very depleting. “I
welcome being replaced by younger people in this field,” he said the day
after he returned from his trip. “And, fortunately, such people are
around, including some of my former students who are doing wonderful
things.”

The Michael Sattler Prize came with a gift of 2,000 Euros (about $2,700 US
dollars) to EMU’s Center for Justice and Peacebuilding. The prize is named
for an early Anabaptist whose religious beliefs caused him to be tortured
and burned at the stake in 1527 in Rottenburg. Michael’s wife, Margaretha,
was executed by drowning. Their deaths are marked by an engraved stone in
Rottenburg, dedicated in 1957 by the Sixth Mennonite World Conference.

The Sattler Prize has been awarded three times since 2005 to persons or
organizations that have made a significant contribution toward one or more
of these causes: non-violent Christian witness, reconciliation among
divided parties, inter-religious dialogue, and encouraging communities of
committed disciples of Christ.

The other recipients of the Sattler Prize have been Christian Peacemaker
Teams (2006), which offers organized, nonviolent alternatives to war and
other forms of lethal inter-group conflict, and the Nassar Family
Farm/Tent of Nations Project (2007), which models peaceful co-existence
with its neighbors through teaching courses and providing workshops and
conferences for women and youth in the area of Bethlehem. 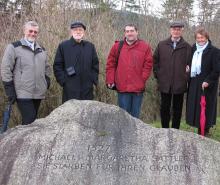